Sometimes I just want to paddle an Old Town Tripper

Trippers are big, heavy canoes with a lot of beam and carrying capacity. They are 15 inches deep and have full ends to go over waves. They can haul furniture and a full cooler. They can handle some rocks and rough treatment.

My balance is not as good as it used to be. Now for river trips this is starting to sound like the right kind of canoe. 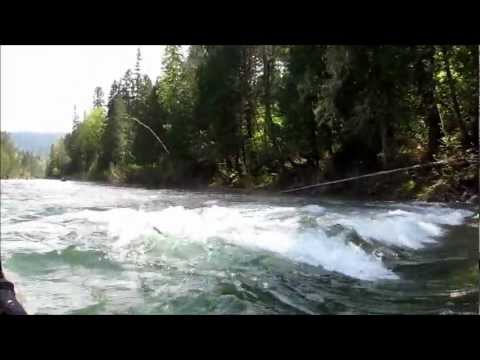 Trippers are widely loved for their versatility if you don’t have to carry it that is.

The Tripper and the Penobscots were definitely among Old Town’s better efforts in Royalex tandems.

kayamedic,
Thanks. That’s what I am talking about.

My OT Guide 147 is not a Royalex Tripper, but after stripping it down and beefing it up into a sturdy solo canoe I think I know what you are talking about. Buying it used and in good shape for a good price I had no worries about hacking into it and doing all the stuff I would have been fearful of doing to a lightweight expensive tandem.

For me the weight penalty is only when out of the water and it is not so heavy to make it imposable. In the water I wouldn’t hesitate loading 400# in it if I had to and with just me and my day gear it is like a cork in shallow water and tough enough along with cheap enough to not worry what I force it over. It is comfortable and stable as can be. I’m not quite up to poling yet but I often carry a pole 4’ that extends to 7’ and in rocks it works nice even seated. I wasn’t sure about the extended extra long double bladed paddle for propulsion but I love that also. And carry a small canoe paddle as backup for tight spots.

The only problem was each year it kept getting heavier and heavier!

I just remembered that my brother has an older Wenonah the Cascade in Royalex. It is 17’ 9" and made for rivers. I am going to buy it from him.

I’m rather new to plastic canoes and they were mostly aluminum when I was a kid and totally missed out on the Royalex years getting back into canoeing after retirement.

So I know what a 3 layer poly canoe is like and I’m ok with the weight of my 14’7” canoe and really for me the weight issues are mostly when out of the water. The poly seems plenty tough and I get some whiskers from rocks now and then but I feel it would take a lot of abuse to really ruin the hull.

Was Royalex really that much better than poly?

Royalex was much more rigid than Poly. It was/is a sandwich that is similar thermoformed canoes and kayaks of today, heat formed so it didn’t delaminate, much.

It was also lighter than poly, somewhat so.

If I was going composite today, I would go with the mixed weave Carbon and aramid fabrics. That is light, rigid, and durable, except for scratches.

Sometimes a monster of a canoe slips into my thoughts too.

In comparison with Royalex, rotomolded three-layer polyethylene (“triple dump”) canoes are definitely heavier per size. Triple dump PE boats also seem significantly more prone to permanent deformation over time. Another disadvantage of PE in general is that epoxies and adhesives bond to it much more poorly than they do to Royalex.

As for rigidity I have not noted triple dump PE boats to be less rigid than Royalex boats in general. But Royalex canoes varied considerably with regards to rigidity depending on the thickness and composition of the sheet that the manufacturers specified for various models. Some of the original Royalex tandem canoe like those made by the original Blue Hole Canoe Company were very tough and rigid, but they were also quite heavy, as heavy as many triple-dump PE canoes are and were. But as time went on most manufacturers wanted to offer lighter canoes and the Royalex sheet got thinner, lighter, and less rigid. I have paddled Royalex canoes like the Wenonah Rogue that oil canned much more badly than any triple dump canoe I have paddled.

If I were going to buy a new canoe, I’d get another Wenonah made of TUFFweave.

With my limited experence with my OT poly canoe I have seen the oil canning first hand. It appears to only be a problem where the hull shape becomes flat or close to flat over a good size area. I understand the flat bottom is part of the design for stability. IMO just a speck more curve and it would maybe flex in but the memory in the material would have it go back. I put a foam block under my center seat and forced less than 1” of curve into the hull and it did wonders. I even think it handles better. It defiantly made the whole canoe feel more ridged.

The term “oil canning” is used to describe at least two different phenomena. One is a temporary bending in and out of the hull (usually the bottom) like the thin bottom of an old fashioned oil can with which you push in and out to dispense the oil. That usually results in no permanent deformation but can be annoying when you are paddling.

Another type of oil canning is a permanent deformation of the hull bottom where it develops a ripple-like surface over time. This seems to be much more common with three-layer poly boats. Three layer poly boats also seem to be unusually prone to “hogging” where the entire hull bottom is permanently pushed inward. Three-layer PE canoes have been popular with canoe liveries where the boats are typically left on trailers for long periods of time upside down supported only near the ends. It is very common to see a lot of these canoes pretty severely hog-backed or “hogged”.

Yes I had oil canning and hogging and the foam block really helped with both. First I tried bracing the hog out and letting it sit in the summer sun for a few days and that worked and would still oil can without the hog. After being stored a while upside down the hog came back not as bad but enough I didn’t like it. I saw some cheap canoes have a center seat that’s formed to the hull some pass it off as a storage space with a lid. I’m pretty sure the idea is to stiffen up a flimsy design. They look like they are just sitting in there and not producing pressure on the hull but they look like if you really took a rock hit they wouldn’t give a lot. I figured the stiff foam and being placed in there when the hull was stretched down would hold the shape but still be there to absorb some shock when needed. To me it tightened the whole hull up.

I know the other material Royalex is no longer around and by what I read on here is getting harder to find. I think companies like OT could do a lot to improve these cheaper work horse poly canoes, both in weight and durability. There is a place for a tough 80# canoe.

Thanks for all the info.

The boats that have a keelson running down the centerline of the hull interior braced by heavy molded seats and a fairly useless center “console” with “footers” extending down to brace the hull bottom and keelson are usually single-layer, solid PE canoes. Single layer PE is pretty flexible unless you make it very thick and very heavy. It works for kayaks because their tubular structure adds innate rigidity and additional rigidity is easily achieved with internal bulkheads and/or foam pillars. But a single-layer PE canoe of any size without a deck of some type of internal skeleton is unacceptably floppy. The original Coleman RamX canoe was the progenitor of this type.

In triple-layer PE, Royalex, and T-formex canoes rigidity is provided by the central “foam core” of the material which adds thickness (and rigidity) without adding nearly as much weight as solid material would.

Wandering off track.
I have seen ads for 2 different Tripper XLs this week. They can haul some stuff.

We used trippers a lot for the scout trips in Maine on the different branches of the Penobscot. They were big, easy to pack with gear and because they were keelless they handled being dragged on low flows better but they left a trail of color behind (as opposed to shiny aluminum). The volume helped in ww with staying dry.

They seemed hard to get balanced for portaging (1 person). You could wrap one and still have a paddle-able boat but you got some pretty ugly wrap lines. We would put on skid plates on the ends- glass and also tried kevlar but that did as much harm as good. The plastic seats were slippery and hard but the height was pretty good for kneeling. I just never liked how they paddled all that well compared to some other boats.

Ahh the old days, learning to paddle ww in a tripper at roll dam (west branch) 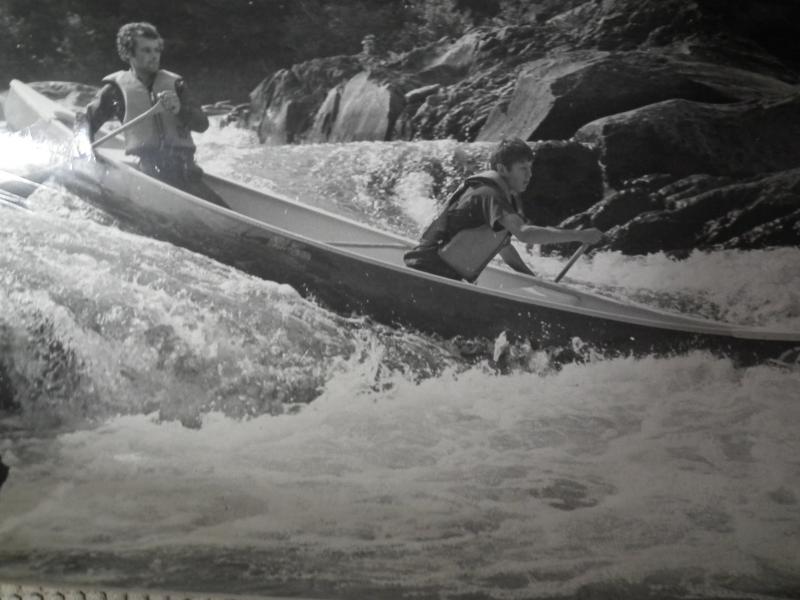