Having a toddler, it’s challenging for me to get on the yak often. However, when I do get on the yak, it’s normally for a pub paddle since that’s when I can usually have a good enough excuse for a babysitter. With that said, I’ve obtained quite a lot of stickers from these pub paddles and I was thinking of maybe putting them on my yak. The stickers that originally came on my yak have already fallen off, so I wanted to see if anyone has done any sticker jobs on their yaks and what they protect the stickers with. My initial though is to place a sticker, then spray with a few coats of polyurethane to protect the sticker from the elements. As I add more stickers, I can just put on a couple more coats of poly. Anyone done this or something similar?

What material is your kayak made from?

@Peter-CA said:
What material is your kayak made from?

I have stickers on most of my canoes and kayaks and some of them are very old. None of them are coated with any thing.
I think if the sticker is of good quality you shouldn’t have any problem.
I wish I could say the some for some of the ones on my vehicle rear side window

Haha, yeah, for whatever reason, vehicles stickers never stay forever. All my yaks are hung in my garage out of the elements, so maybe I’d be ok. Maybe I’ll just test my theory in an inconspicuous spot. I’ve thought of using either waterproof spray polyurethane, or spray adhesive. Something basically to just give the top layer of the sticker some resistance to water.

Krylon Fusion in a spray can will stick to poly boats nicely.

@Overstreet said:
Krylon Fusion in a spray can will stick to poly boats nicely.

I think you might want to read the OP’s question again !

@Overstreet said:
Krylon Fusion in a spray can will stick to poly boats nicely.

I think you might want to read the OP’s question again !

He wants to seal the sticker on with clear poly. Fusion is easier.

I learned something. I thought Krylon Fusion is paint; it is also an adhesive.

The only sticker on any of my boats. 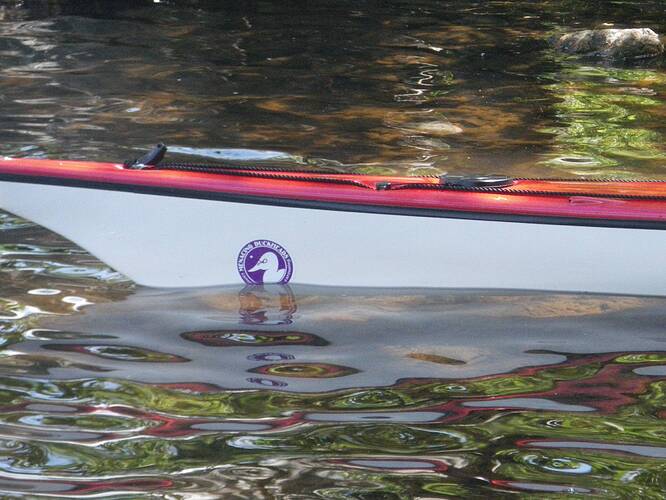