What do you all bring along for a stove? We’re car campers, glampers really, and we’re intrigued by maybe trying out kayak camping. Our Coleman 2 burner won’t fit in te boat. We considered a Jet Boil Genesis Basecamp but the negative reviews, mostly about quality, really make us want to shy away.

Googling around show a million different little bitty stoves but since we’ve never used one, they just seem wrong to us. I guess they’re not, since everybody makes one.

Am I missing any options here?

The last time I was in a REI Store (flagship Seattle) I hovered around the mountaineering cook stove area, listening to the store guy do his thing. A dozen or so small models to choose from. Many looked the same but prices varied. I plan on focusing on this mission soon myself. But if you have a nearby store it would be good to check them out in person…

Hard to beat the MSR Pocket Rocket if you are set on a canister stove. Love mine. And for less than half the price of the Pocket Rocket, the BRS-3000T and Etekcity (both under $20 on Amazon) get some rave reviews in backpacker groups, though I have no experience with them. In fact they are selling a 2 pack of Etekcity for $21.

I’ve had a version of this cheap stove for about three years. It’s too heavy for backpacking, but perfect for the kayak. The built-in windscreen really comes in handy. The piezo starter failed pretty quickly, so now I use a Bic to light it, but otherwise it’s been bombproof. Its only disadvantage is that it uses disposable fuel canisters.

If you want a more environmentally friendly stove, I would suggest either the MSR Whisperlite or the Coleman Sportster. They both use refillable fuel canisters and are very reliable. For a windscreen, you can just use those disposable flat aluminum cookie sheets. They’re cheap, light, easy to shape, and are actually pretty rugged.

I purchased a cheap $12 one off Amazon years ago and have had no problems with it. Resembles a Pocket Rocket but at 1/3 of the price. Just make sure you get one with a good size pot holder, as a couple of my friends have some that are difficult to balance the pot on due to a small support.
Here’s one that has good reviews, has four pot supports (instead of 3), and cost $15:
https://www.amazon.com/Etekcity-Ultralight-Portable-Backpacking-Ignition/dp/B00B4FY8YO/ref=as_li_ss_tl?ie=UTF8&linkCode=sl1&tag=cleve05e-20&linkId=aa1212c3c61f06c80048240e7bbe53c5&language=en_US#customerReviews

I’m a big fan of my MSR Whisperlite. I’ve used the same one since 1987, and it’s still going strong. Parts are available if you need them, and I don’t throw away a disposable fuel canister after every trip. It’s definitely more of an investment up front, but it will far outlast the little cheap ones.

This is not the normal “stove”, but it always starts with a trigger pull and is totally waterproof. Also, very small and super tough. You can use it to start fires super easy. You have to spend a bit of time to make a little rock area to support your pot, or you can do as I do and just hold your pot in one hand over the flame while stirring it. Uses screw on propane bottles. I like the short, fat green ones over the tall blue bottles because they are more stable when placed on the ground. Another good feature is the tip doesn’t get hot. I demonstrate this to people by licking the tip after I shut off the torch. Bernzomatic TS4000 Trigger Start Torch 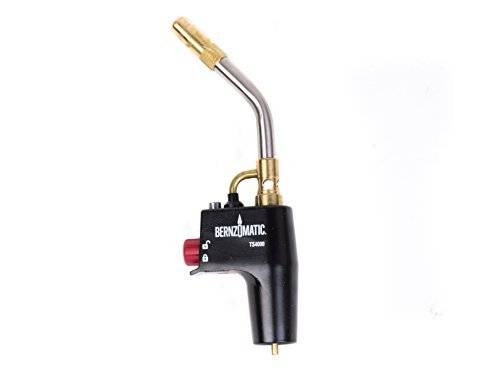 Thanks every one for the advice. We went to our local outfitters today and played with some of the MSR stoves. They seem really well made. I like the Wisperlite Universal since it let you use the iso canisters or use white gas, kerosene or even unleaded automotive gas. I can’t see use using that now, we’re just starting out so the convenience of the iso is attractive but I like knowing that we can switch later on.

Just spend a little time on the MSR site and YouTube. The Windburner stuff looks great, especially the “Group System.” Yeah, backpackers won’t want to haul this stuff around but for a kayak, yeah.

I used a Wisperlite for years back in the late 90"s and early 2000’s and had a problem with carbon building up in the system and having to take it apart to clean it on a regular basis. Tried regular gas but had even a bigger problem keeping it clean. Got to be a chore, especially when it wouldn’t light on a trip and I’d have to take it apart to clean it. That’s when I switched over to a cheap burner on Amazon.
Don’t know if MSR fixed it, just letting you know the problem I had with it.

Have you seen the Trangia kits? Run on anything with no noise. Bags up nicely with all the pots and pans. This video spells them out pretty well.
https://www.youtube.com/watch?v=jIitXB68LXg

I use a WindPro by MSR… The canisters can be recycled and weight is important to me on portage trips.( I don’t do many rivers without portages)… I like to bake so a detachable fuel supply is needed to avoid overheating the tank,
When you portage a canoe you need to think like a backpacker. Alcohol stoves don’t quite put out enough heat but are a viable alternative if you are careful to not burn yourself( the flame is not visible)

I have a lot of different canister stoves, I have a primus, a whisperlite, a dragonfly and a couple of Chinese knockoffs that I bought off of EBay. they are all fine, but I also have a full Trangia set and I prefer it over all of them for canoe camping. They are the most dependable as they have no moving parts, fuel is available at any hardware store and they work at any temperature. Also I put a little salt in my alcohol so that it burns orange rather than clear. They put out plenty of heat too. I have fried fish with mine and water only takes a couple of minutes longer than with my whisperlite.