String and friends on the Saluda River

Carol and I meet up with String and Jim at the launch near Hwy 121 to put in on the Saluda River. The water was the highest I have seen there. This section is at the top of Lake Murray and runs between the Dam on Lake Greenwood and Lake Murray. It was a leisurely 8 mile paddle, and the last 4 miles was more like lake with a tiny bit of current. I learned what I have been calling a Hibiscus is called Mallow. They must be closely related because the flower structure sure is very similar. There were also Morning Glories blooming. We saw what was probably 2 family groups of Osprey, and also their nests in trees on the river. A family of 4 or 5 raccoons at the waters edge which made a hasty retreat before I could get a photo, Dang it! Of course the ever present Kingfishers and Blue Herons. String was paddling his trusty Tarpon 16, Jim in an Old Town Kayak, and Carol and I in our MRC Explorer 16 tandem canoe. There is a small stand of Tupelo trees in the river that I always like to paddle through. The day was sunny becoming party cloudy with a nice cooling breeze at our back, and we stayed in the shade when we could. It was very comfortable weather.

String and his Tarpon 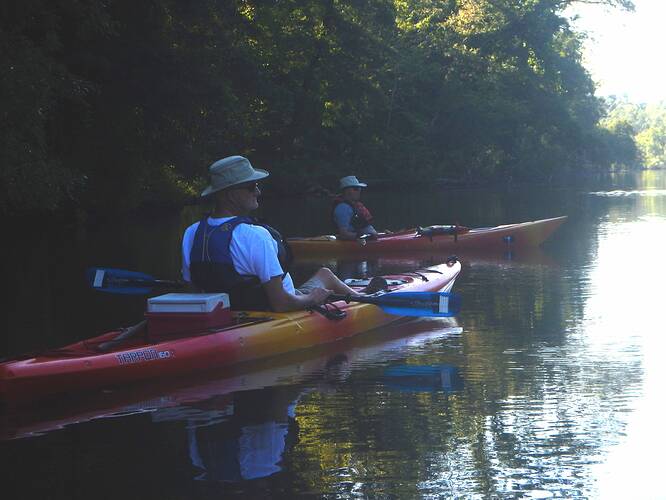 Jim and his Old Town 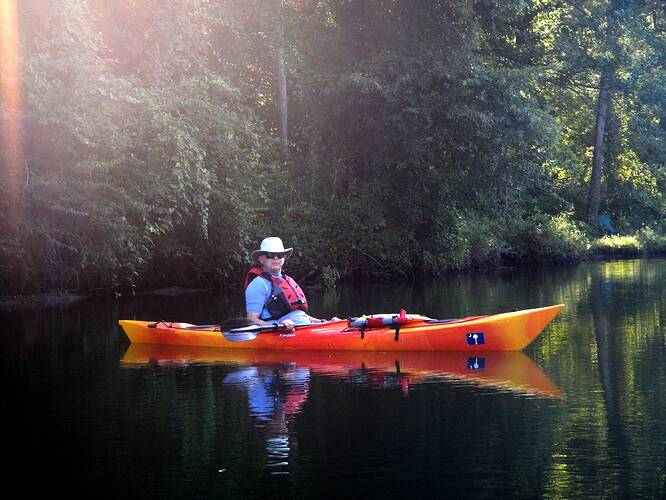 The river at the put in 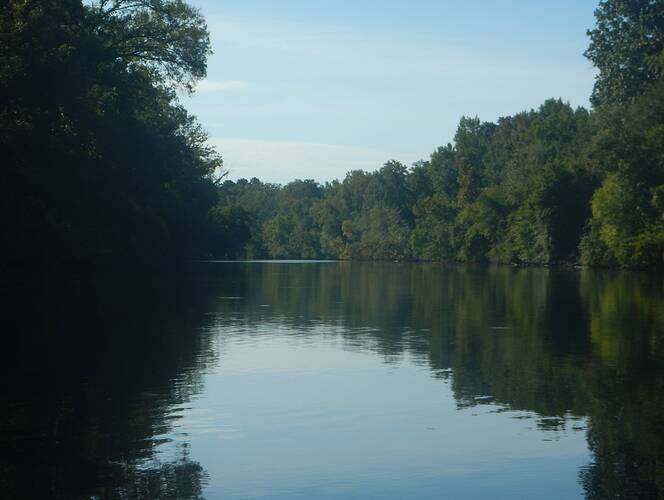 Mallow on the river 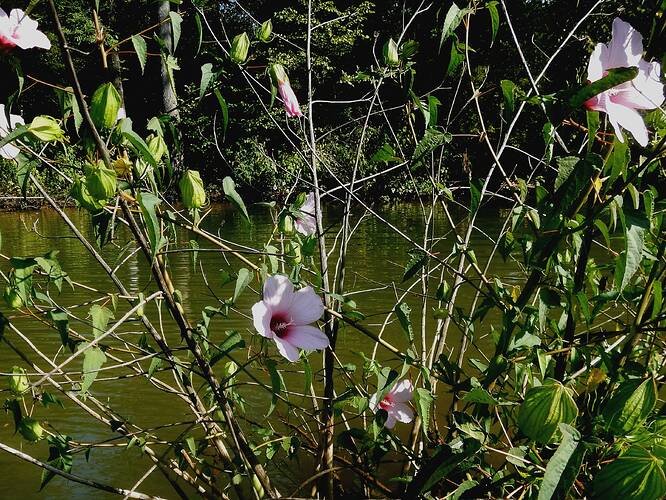 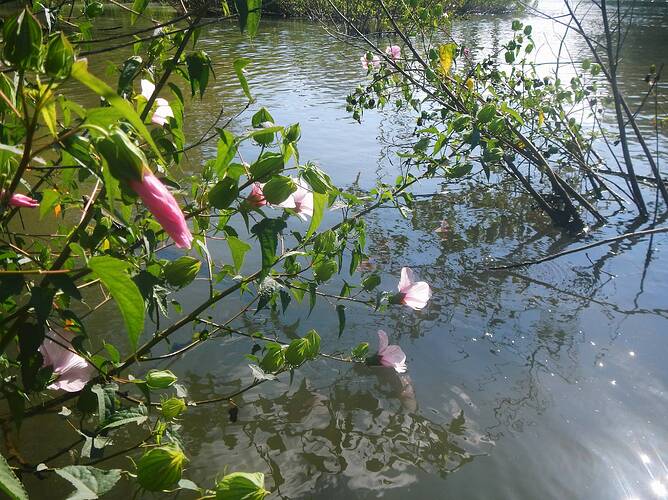 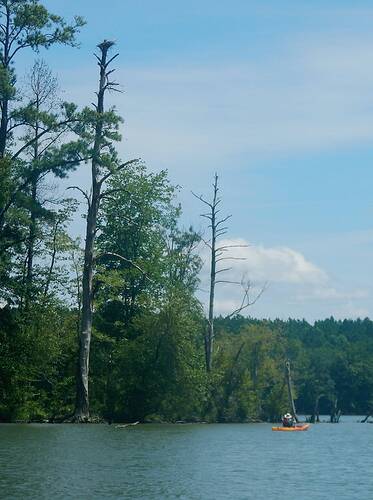 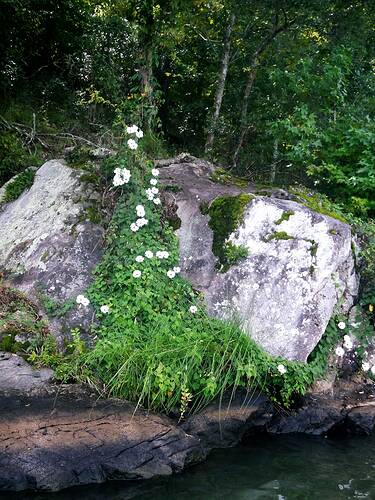 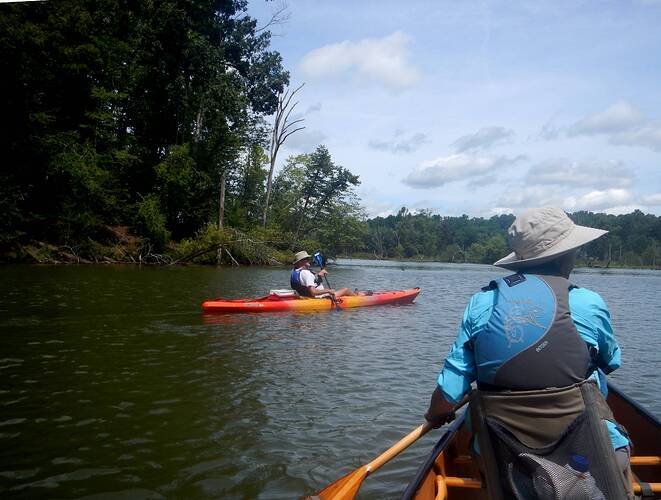 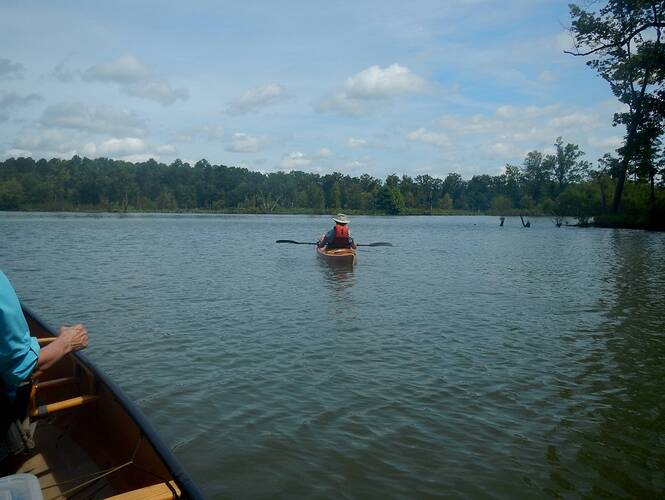 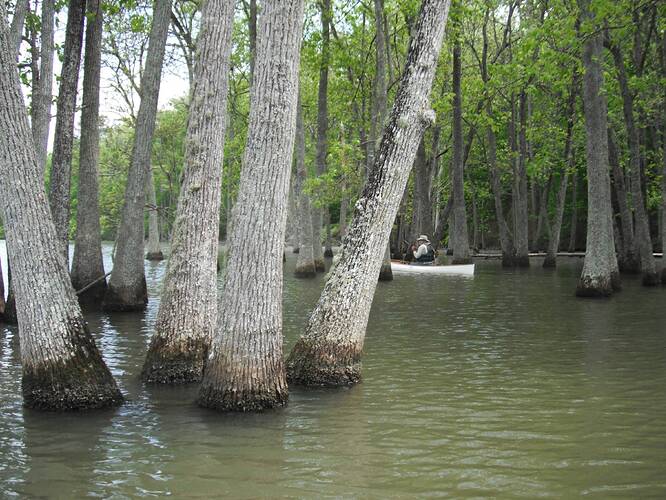 Well it looks like a lovely day in your neighborhood. The Tupelo trees are very cool.

It was a really nice day. Hot , but just enough breeze to keep us comfortable.

@string said:
It was a really nice day. Hot , but just enough breeze to keep us comfortable.

There were some mallow blooming
in the marsh. They must have been …!

Without my fellow paddlers, I would not be able to paddle, and I really appreciate it.
So does my wife.

So glad yall got out and paddled. Thanks Doug for the pictures!

@yatipope said:
So glad yall got out and paddled. Thanks Doug for the pictures!