We are now in our sixth day of a heat wave in southern New England. Yuck… I live in NE because I am not a fan of hot weather.

So, we have been getting 11 second swells in MassBay. Too bad these were only in the one foot plus range… But it’s enough to lure me out with the waveski. The last several days, I have doing a “tour” of the 3 mile length of the beach. Paddle, roll, and try catch the occaisonal larger than average wave. I just needed to “outfit” the waveski with a water bottle to avoid dehydration. 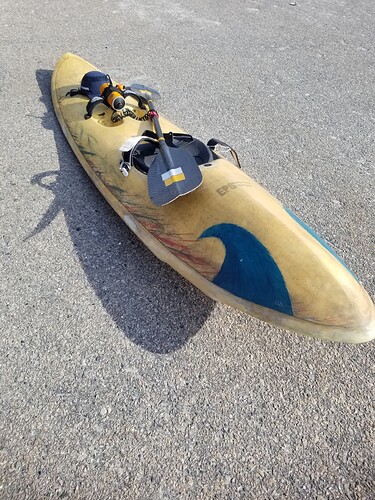 With water in place, I was ready to take on heat and sun of the 3 hour paddle down Nantasket Beach to Allerton Point and back. 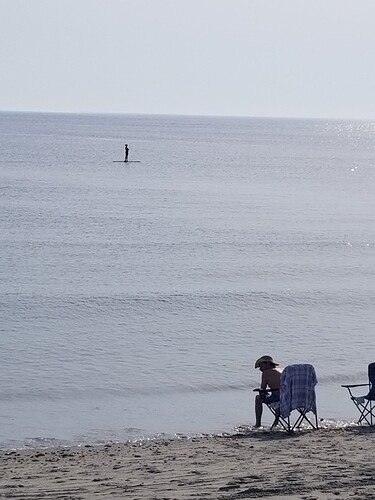 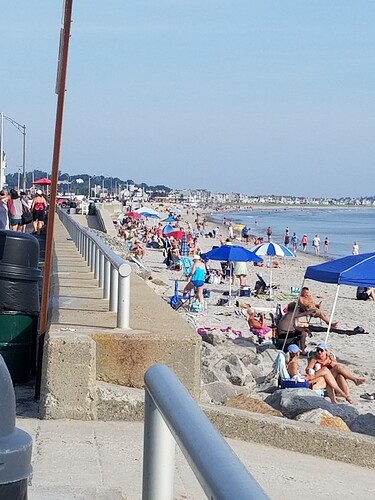 Not exactly surfing as I would like, but the waveski was a much cooler and enjoyable option than my SINK, as a respite from the heat.

Hopefully, cooler temps will prevail next week and I can resume more typical workouts in the gym. Of course, if we should get some decent waves, the beach would beckon even more.

It is so hot here the only times to get out are early and late. My truck thermometer read 100° at 2pm yesterday. That was on the road so the real temp was probably only 98.

The pics I posted was the beach BEFORE 8 AM. It was crowded and would be even more so were it not for the fact that tide was still coming in to take away more sand covered real estate.

We hit 100 degrees today in Boston. It’s a record breaker and, along with our current drought, a harbringer of more unpleasant summers ahead for New England.

Welcome to the south Sing. These temps aren’t that unusual for us.

I’ve been doing some long trips . It was 112 last weekend in Southern Utah when I stopped for the night at my friends house. Last summer it was 119. So we were happy for the cooler weather. This week I’m in the Bay area and it is quite pleasant. I went to the beach this morning with my grandsons and the water felt like about like high 50s . Hoping to get back home soon and do some surfing, San Diego has been getting some good south swells. With the current trend in summers we are afraid our farm in Northern Utah will soon be a dustbowl. Temperatures are near 100 for weeks at a time and the wind blows constantly 10 -20 miles an hour. When my wife and I were growing up there, summers usually only got into the low 80s.

Last time I was in Salt Lake City has got to be over 20 years ago. I remember flying in and seeing the vast body of water that was the great Salt Lake. Antelope Island was exactly that… a prominent island surrounded by blue/green water. Today, pics show Salt Lake having loss more than half of its water surface. Antelope Island is no longer such. It is a prominent rise of land surrounded by white sand and salt.

I am supposed to be in the Bay area this October for a work convening somewhere in Sonoma. I almost dread what I might see in changes to the area.

Hope you get home soon. Have been seeing some sick San Diego surf in recent YouTube videos. Enjoy.

MassBay surfers have been in a dry spell with respect to any decent swells for good wave riding fun. Change may be coming this weekend into early next week, with three tropical waves in the Atlantic basin that have development potential.

The challenge is to stay “play ready” in this drought of waves. I have taken a couple trips to RI to catch some of the “Bermuda high” generated wind swells. But, mostly I have pushing myself to do hours of waveski paddling on mostly flat water.

Today we were getting some 1’ plus swells with 11 second intervals. Small but with potential zip. So, changed out my 6" center fin for 2.5" one to minimize chance of running aground and damaging the fin box. Also slapped on the helmet to make sure i don’t bust my noggin in an ultra shallow capsize as i try to catch and ride the waves. Both choices proved correct as I did trip up riding a wave into water less tha a foot deep. Looked like a turtle on its back, as I thrashed around with the ski almost on top of my half submerged body looking for the belt release… Yikes.

Anyway, gotta do what I can to stay ready. It was not a horrible “session” if I can really call it that… 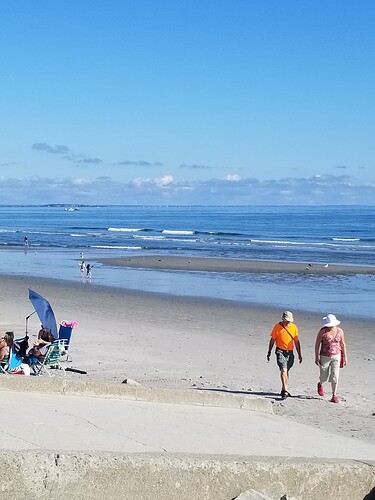 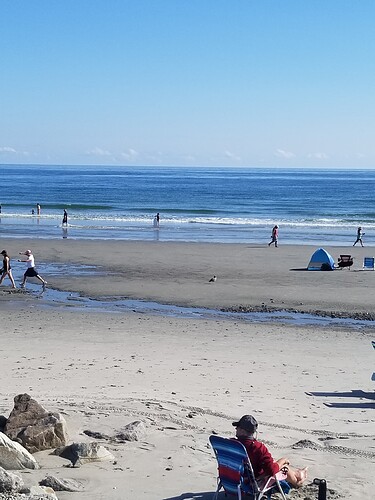 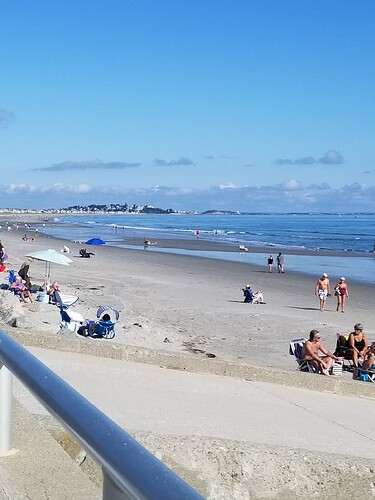 I also took a cue from SeaDart and used my Aukunak (surf) GP instead of the Euro surf paddle. It worked fine once I realized even the wider surf GP doesn’t have the same catch as the Euro. So I started sprinting for waves sooner than I normally would with a Euro. Interesting change of pace (literally and figuratively. 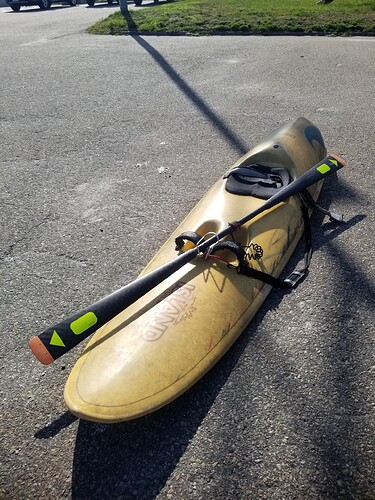 Ok. Only so much flatwater paddling before it feels a tad bit monotonous. I packed up the camping gear in the backpack, loaded some kebari flies and tenkara rods, and headed off into the White Mountains. 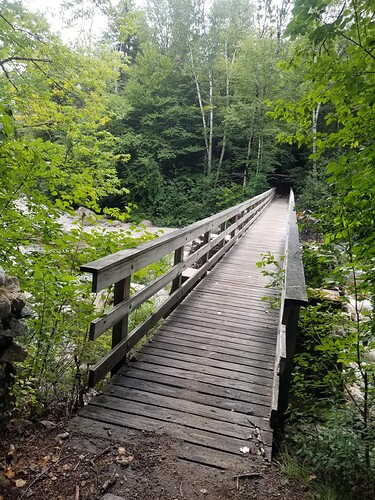 Caught and released some beautiful fish… 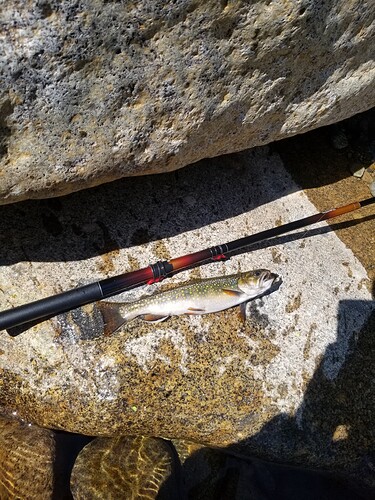 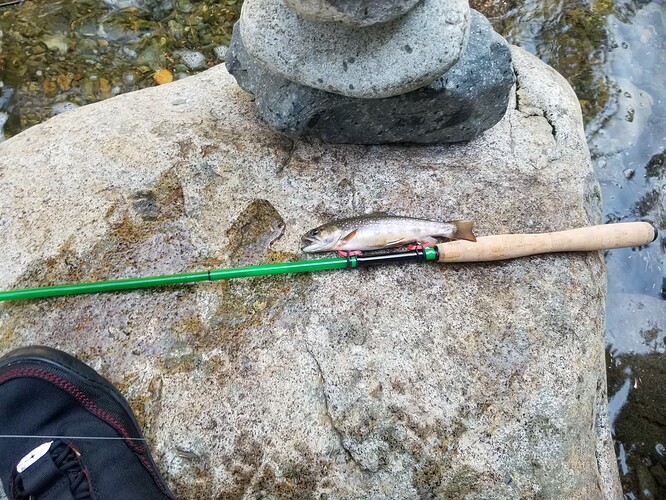 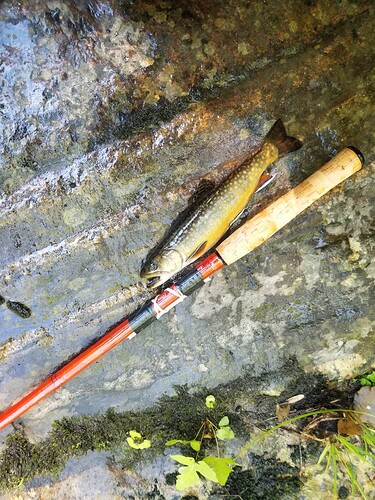 Fished and hiked the stream for seven hours until I got to the waterfall and turned around back to camp. 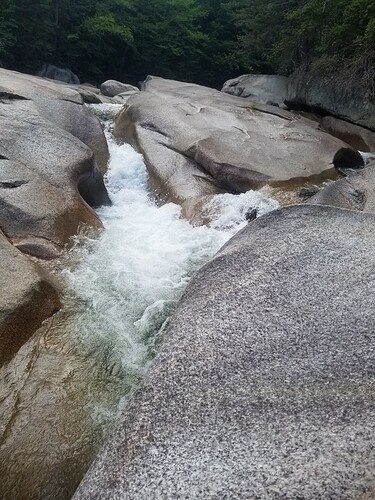 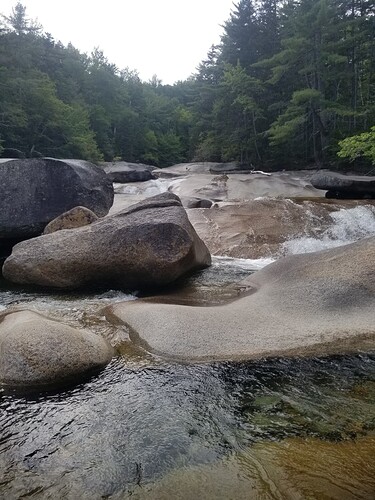 Weathered a storm front that brought wind, lightening, thunder and rain through the night. 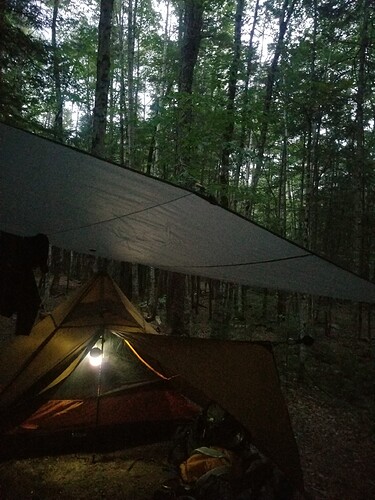 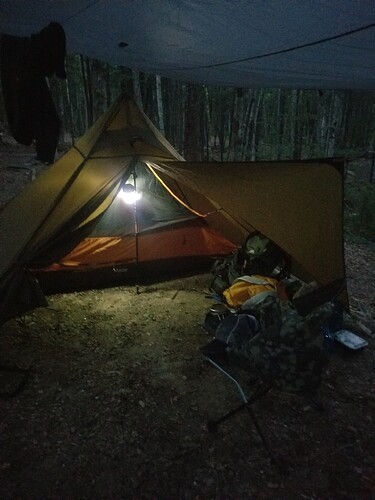 The morning was gray with some splattering of rain. 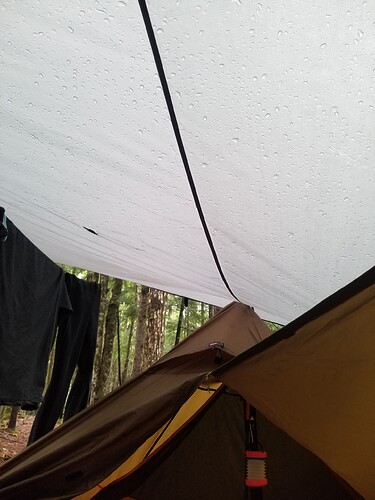 As the sun broke through later in morning, i leisurely packed up the gear and headed back out. 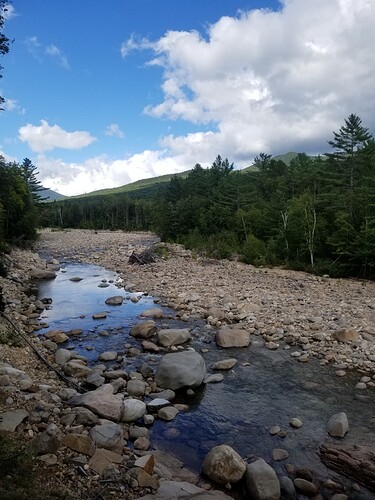 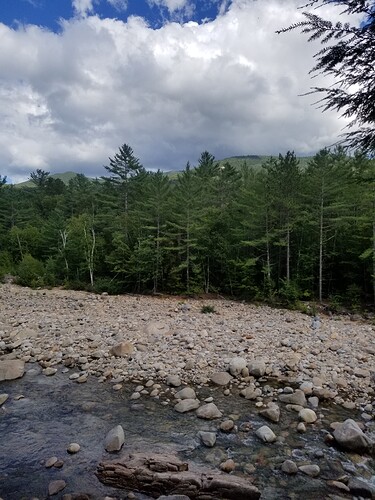 OhMyGosh… It’s September 1st. Summer flew by and is just about done… 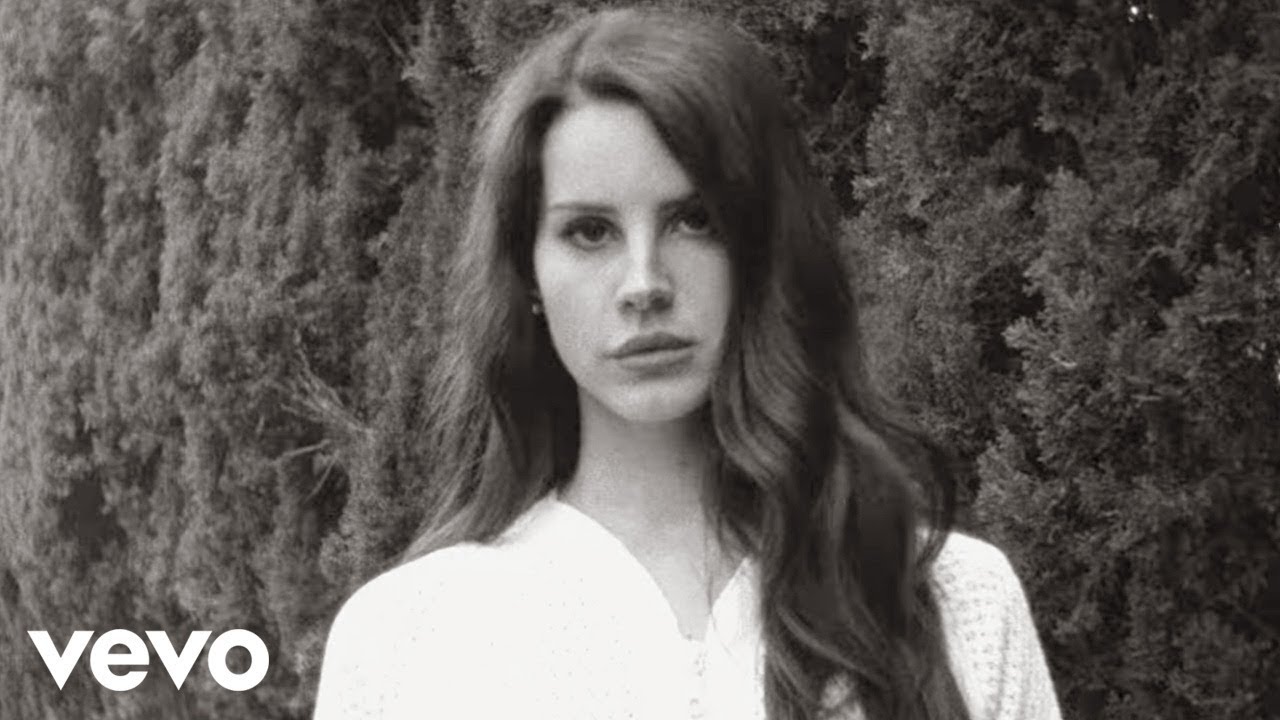 Stay well as we cycle into fall.

Keep on keeping on! Beautiful shots.

Yup, for a change of pace, have a reservation for a beachfront campsite next week. Will drive right in with the car, set up the cabin tent, camp table and chair and butane stove. Break out the cooler, the surf rod, the waveski and play it by whim. Looks like my timing will be good, as the tropical developments in the Atlantic will be sending some surfable swells our way.

Looks like a great trip. I’m hoping someday I’ll get back to where can do some trout fishing, and take the grandsons too.

I have hope/aspiration to take my two granddaughters out with me into the woods. But, I up against their mom who is much more into all things “civilized…”

I took both of my daughters at early ages, 6-7, camping ,hiking and paddling. It never took like it did for my son.