Yesterday’s April (Fool’s) snowstorm actually brought enough accumulation to require some shovelling. Good thing was that there was no rush to go anywhere in the COVID shutdown. Better still, I knew we were going to get some surfable waves rolling into the local breaks.

The challenge this morning was to find parking near the break, given the ban on beach parking. Figured I need to to get up early, early enough to find and get to one of the few legal parking spaces along side streets leading to the beach. In deed, I ended up at space that overlooked the blocked beach side spaces and parking lot. 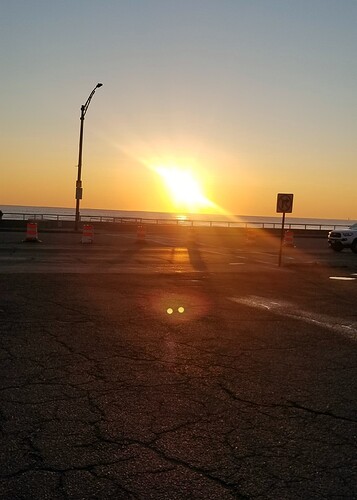 Excitedly geared up and carried the waveski over to the seawall. Noticed all the empty parking. 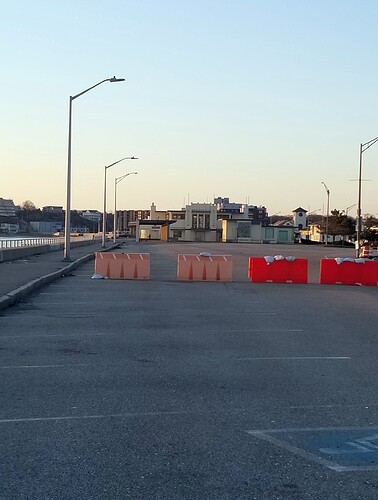 Looked out to the break… Yup… Only one surfer out there.

Looked down the other end of the beach… Only beautiful, unriddened waves rolling in…

Got in about three hours of pleasurable waveskiing, under sunny skies and with gentle off shore breeze to clean up and steepen the wavefaces.

Of course, more surfers showed later in the morning. But, the numbers were far less what would normally be for this break given the decent waves and beautiful conditions.

What, no shots from on yer ski?

Dude I want to see some bow shot riders. Early morning sunrise is nice but I live too far from the ocean even if there was open parking👾

Got photos and videos when there was a fairly active crew of RI and NE surf paddlers. Got to be too much to organize and coordinate (and, in some instances, worry about beginner surfers).

Overwhelmingly, I surf alone these days. I snaps pics of the breaks and scenery and that’s about it. No pics/vids with me in it. But, here is one from better times:

Fantastic! Well done. Sure wish I had surf closer than almost 2 hours away in Alabama.

Today I got excited about small craft warning with 15-25 winds predicted for all day just to get out and play in wind blown waves. Of course 15 minutes after I launched the wind died, sun popped out, and waters flattened so I finished a 2 hr paddle without even any reason to roll or do self-rescues since there was no bouncy conditions which was the reason to go out.

What got me into surf paddling was I used to go to a protected bay or a large lake to play on windy days on messy wind waves to learn to handle “conditions.” I just got addicted on the exhilaration and adrenaline and never looked back… Increasingly, I was looking for bigger and better waves with more surf specific paddling rides.

Have you been able to get out with the beach parking locked down? I’m hope you have a super secret parking spot, seems like we’ve been getting some good waves lately with all the storms.

Only had half a day of Zoom meetings today for a change. So I got out of the virtual and into the real world at the homebreak. Yeah, the string of disturbances been sending waves in all week. This morning was ~ 5’ @10-11 seconds. Slight onshore wind, not ideal but not bad either. Unfortunately, by the time I got to the homebreak around 2 PM, the diagonal onshore wind picked up. The waves were sloppy. The swells had lumpy wind waves on top of them.

Not ideal but still better than sitting in front of a computer. Apparently, another person shared the same inclination. 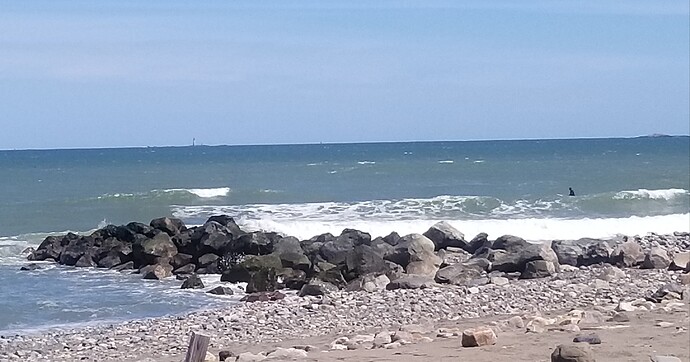 Wasn’t able to catch many waves. Felt more like brace practice and re-learning to just relax and keep the hips loose to deal with the lumpy, bumpy water.

I’ll probably will hit Nantasket this weekend. Last time, I got there at first light and was able to park on a metered spot on Nantasket Ave. I got in several hours before the beach walkers showed en mass.
Same plan this weekend.