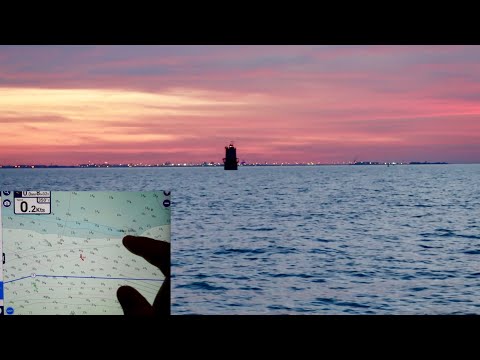 Anyone use similar small kindle or tablet?

I think you can do all that with Gaia on a cell phone, but with a bit less detail on the chart. It’s a cool idea but at what point are you carry a lot of electronic gear? I’m usually trying to get away from my screens when I go outside!

But the video illustrates that you can get a lot of functionality out of mobile devices nowadays. It wasn’t long ago that I had a standalone garmin GPS suction cupped to my windshield and I thought that was the shi*t! Now all that is handled by the phone and my car radio just tells me where to go!

Phone hard to read like something bigger but not a 10" tablet.

I started just printing and laminating nautical charts and topographic maps on standard printer paper for when going into places I don’t know. My phone is hard to read in bright sunlight even with the screen brightness all the way up, and this way I’m not reliant on cell signal and don’t have to worry about battery life or possibly losing or damaging an expensive electronic device.

I don’t know how or where I would store a tablet where it would be easily accessible and not potentially get lost or damaged in a kayak.

I’ve started using a tablet for navigation w/ my preferred OsmAnd app of offline maps, but not on my kayak just on my land yacht (well it’s really more of a land tug).
Supposedly the unit I’m using is waterproof, not that I’ve tested it.
I do use the same app on my waterproof handheld that does go in the kayak w/ me and I’m able to share “profiles” and recorded or plotted tracks between units. So I can plot a river track on the tablet and then move it to the handheld for nav when paddling. I’m also able to look at the recorded track in detail later on w/ a decent amount of stats.

What tablet are you using? GPS or WiFi?

On your deck or deck bag.

Navionics will give me so much more data and stats than a chart. Follow a plotted course, speed, ETA, past routes, tons of stuff. She can track me also. Yesterday she stopped doing

so we could go out to eat. She knew when I would arrive.

Electronics are so cheap you can get a 44 dollar Kindle.

It’s a Samsung Tab Active 3. No subscription (same w/ my handheld), I just use the GPS feature and occasionally link it to WIFI to download maps or get tracks that I’ve recorded on the other unit.
I have the same app on my real phone as well, so sharing profiles where they all look and act the same is super nice. Then I can take a track recorded in the kayak and later look at it on the tablet.

It pretty much covers the features you mentioned in your other post. Destination, Intermediate points, time to, distance from, etc, etc. You get to choose which things you want displayed on the screen, base map style (I have a nautical base map for kayaking, an off-road topo for when I take my truck out, and one more focused on highways for basic travel. Can overlay and underlay maps and things like Google Earth (w/ wifi) onto any base map your using) 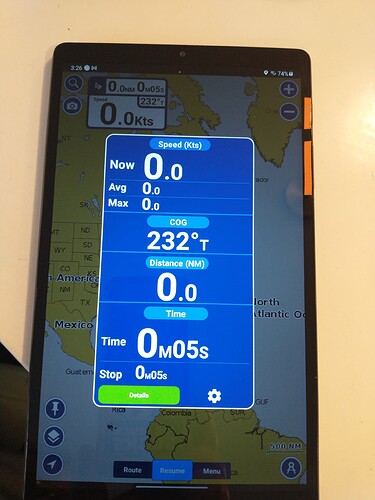 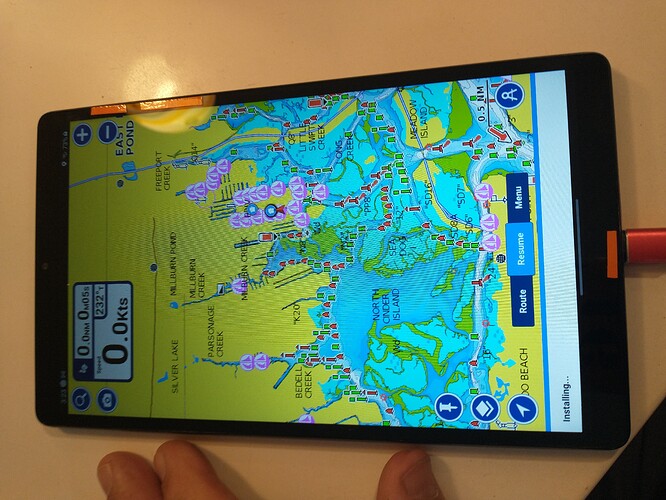 We’ll see soon need to get a pouch.

Hot spotted it to my

I have a Garmin Montana 700 that is rated IPX7, but the only electronic device that I trust to be pretty waterproof is a Standard Horizon HX870 VHF radio because I use it frequently when leading trips and can’t be bothered with a case. With the GPS I found a Sea To Summit soft case that works with a touch screen.

The radio has been in the water many times with no problems.

While a larger screen is nice compared to a phone, I wonder if the tablets are IP68 (submersible) rated like the premium phones? If not, that would be a deal breaker besides all other potential issues.

I also put my phone (rated to 1.5m) into my PFD and tether it to the PFD. That way it doesn’t sink below the 1.5m rating (or gets lost entirely).

If you can’t solve the water or getting lost issue with a tablet, all other advantages or disadvantages compared to a phone don’t matter, IMHO.

My phone works well in sunshine and zooming in and out also is fine. It isn’t like I’m so fast that I have to look at it all the time. I only look at the map when there is a junction or something where I need to make a decision where to go. A tablet like a car info system seems way overblown for a paddle craft.

Papermaps aren’t great since you need to prepare or pick them beforehand. A map also doesn’t know where you are, or can’t track how far you went. IMHO it isn’t between tablet and paper, it is between phone and tablet. Paper is dead (or just a backup). Also hard to zoom into very great detail on paper. A phone also tells you weather, rain storms etc. I don’t think a papermap can give you all those data up to date.

Most tabs are not rated unless you spend big dollars. Putting mine in an aquapac like my phone. Tab gives you tjdes and currents alsi.

Be aware that although several Samsung products are rated as waterproof or water resistant their warranty specifically states that they will not cover water damage. There are many posts by people complaining about that after destroying their phones.

I have a Samsung phone myself, but if I were to carry it on my kayak it would be in a drybag in a hatch. I’m just not much of a phone person. 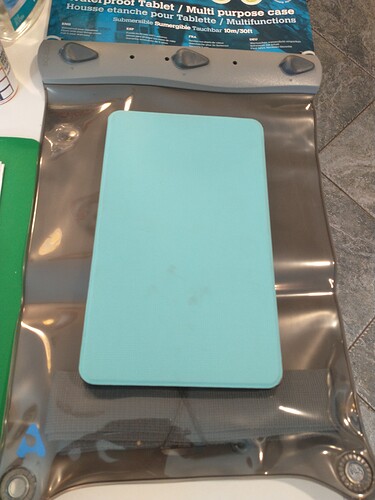 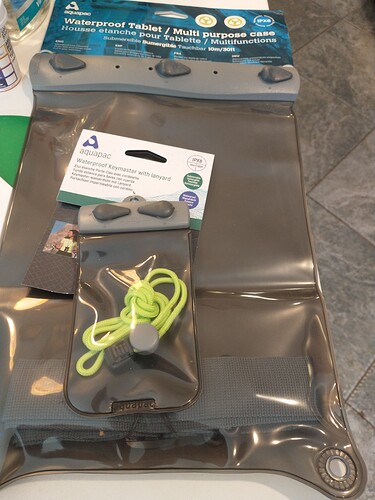 Plenty of room for extra battery in aqua-pac

Key holder is not for kayaking. For every day use. I washed two sets of fobs in washing machine cost me over 500 to replace. 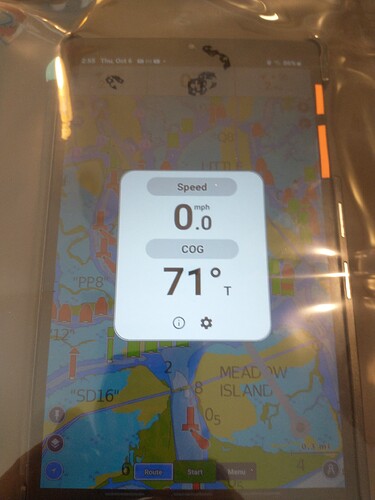 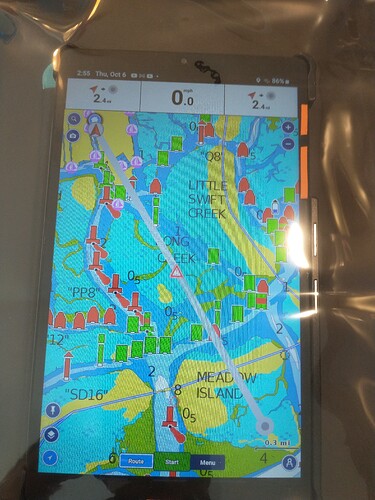 Aqua-pac works better than cheaper packs. No leakes, easy to work through case with fingers when wet. But made in UK not china cost a bit more.

On IOS devices I use iNavx which works
with most Nautical charts and Avenza which can load many different map types.