The prettiest lake in each state...

The Jocassee post got me thinking of this. What is the prettiest lake in your home state?
I’ll open with Lake Norris, Lake County, FL. Other Florida residents are encouraged to disagree! I’d welcome new paddling suggestions!
Yes, I’ll be happy to provide local guide service if I can.
This could be fun!
TomA.

Not my state now… but just love Lake Tahoe any time of the year.
View it from up on the slopes.

Supposedly there are around 15,000 to chose from in Wisconsin, and I wouldn’t be able to pick one. It would depend on what sort of character I was craving the most at any given moment. Honorable mention would go to Devil’s Lake, which is pretty spectacular as viewed from the high bluffs on either side, and the geology of the place is fascinating (how many large lakes are high in the hills between a pair of glacially-deposited dams?). In general though, I’m very fond of northwoods lakes, and of those thousands, I like any that are not highly populated and developed. One type I am generally NOT fond of is reservoirs. Except in cases where the dam was built in lake country and a lake or set of lakes was already there and the water level simply raised slightly, reservoirs generally look fake to me, and indeed they are. In non-lake country, one glance at the shoreline and surrounding topography is all it takes for me to know I’d be much happier with the river that used to be there.

@tjalmy said:
The Jocassee post got me thinking of this. What is the prettiest lake in your home state?
I’ll open with Lake Norris, Lake County, FL. Other Florida residents are encouraged to disagree! I’d welcome new paddling suggestions!
Yes, I’ll be happy to provide local guide service if I can.
This could be fun!
TomA.

not my favorite in FL… We paddle FL about a month each year. Dead Lake up by Apalachicola has way more cypress. Lake Norris was good in egret nesting season and the creek we went up filled with wildlife but houses spoil it…Pretty could describe the wildlife… I am not impressed much with the topography of FL lakes… But my home lake is ringed with houses and kids camps and is pretty for the wealth of wildlife experiences. Loons eagles beaver and the occasional moose.

I can’t say for sure in Maine what the prettiest lake is… It could be Mooselookmeguntic or Chesuncook or any of the “ponds” near Katahdin. Flagstaff is another mountain ringed lake. Here is what Maine Today came up with as a list,
http://mainetoday.com/maine-travel/7-maines-beautiful-lakes/

hard to beat chimney pond for sheer beauty, not much for boatin’ though

ok I’ll bite, Maine: poland or daggett pond off of caugamogomic, Katahdin lake close second, Merchants Mill Pond NC, Billy’s Lake (okefenokee) GA, KY/TN water trails at Land Between the Lakes (Kentucky, Barkley) Ohio Rush Run- NY some of the smaller lakes in the Fulton chain were pretty I’m not much of a lake paddler but it happens occasionally.

Washington State has a good number of lakes and if I could go back about 40 years, I would pick Spirit Lake without any doubt, but alas, Mt. St. Helens wrecked that lake and a bunch of other things. Today I guess Mayfield Lake is about as nice as any, but is a reservoir. For a natural lake, I would choose Lake Washington.

I’d like to say Lake Jocassee in South Carolina but since I paddle Lake Robinson weekly I’d vote for that as my favorite. It really is a very fine lake for paddling.

Lake Superior. Or is the question for inland lakes only?

Funny, I was also thinking Superior.

My second choice would be some of the deep azure lakes in Killarney Provincial Park. Namely Topaz Lake, a small pretty lake with a single secluded camp site.

@magooch said:
Washington State … For a natural lake, I would choose Lake Washington.

I’d agree, but maybe not valid, since that’s about the only area of WA I got to know well.
Sitting in the middle of the lake with snow capped mountains in just about all directions - kind of neat.

The reason I liked the lake (when lived there), is it is fairly large (I could get in a good 40 mile paddle when going around it) and it’s ‘paddleable’ nearly 365 days a year. (it does screw up the geography for human land transportation however).
It’s also one of the reasons I think that area is about the best place to learn all aspects of sea-kayaking.

Actually, for Washington and Oregon, I think the absolute best paddling Is on the Columbia River. It’s like a great big lake at times; it has every kind of water condition one would ever want–lots of islands that are uninhabited; sandy beaches everywhere and it’s all free. This year, so far it’s even better, because the sea lions are mostly staying down at the coast.

So much water, so little time.

@tjalmy said:
The Jocassee post got me thinking of this. What is the prettiest lake in your home state?
I’ll open with Lake Norris, Lake County, FL. Other Florida residents are encouraged to disagree! I’d welcome new paddling suggestions!
Yes, I’ll be happy to provide local guide service if I can.
This could be fun!
TomA.

Might as well ask what is the “best” kayak or canoe to paddle the “prettiest” lake, if we going to after subjectives.

Dug up an interesting factoid when this question got me thinking about my own state. In looking up statistics on how many lakes we have here in Pennsylvania I found out there are roughly 2,500. But only 50 of them are natural (mainly glacial remnants)! The rest are man-made empoundments. Not surprising when you consider the state’s corrugated geography and crumbly geology. Water makes its own way here towards the lowest point, which tends to be a major river system. Not much solid rock here to constrain it unless we build a dam.

I have to admit my criteria for “prettiest” runs to lakes which reflect snow-capped mountains – none of them around here (the incongruous hunting scene from “The Deer Hunter” notwithstanding, supposed to be in Western PA but filmed in the glaciated granite spires of the North Cascades). Hard to beat Tahoe or some of the pristine tarns in the Colorado Rockies, Tetons, Sierras or Idaho’s Sawtooth and Bitterroot Ranges.

But if I factor in:

Then I have to vote for Lake Arthur in Moraine State Park as a candidate for “prettiest”.
Oh, and it has an ice cream stand… 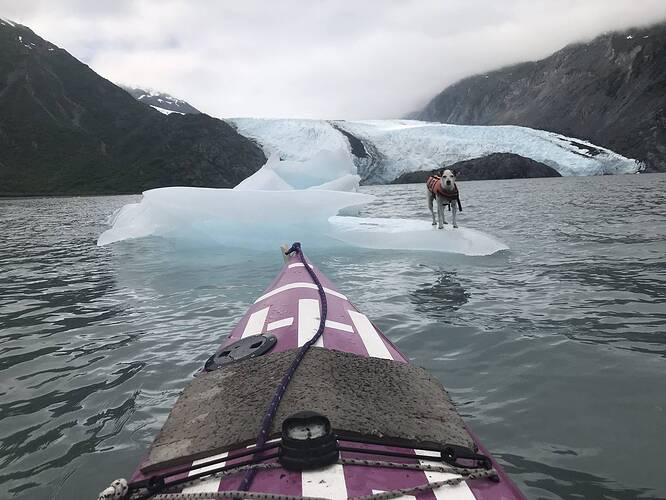 Who is judging… you or Paris? 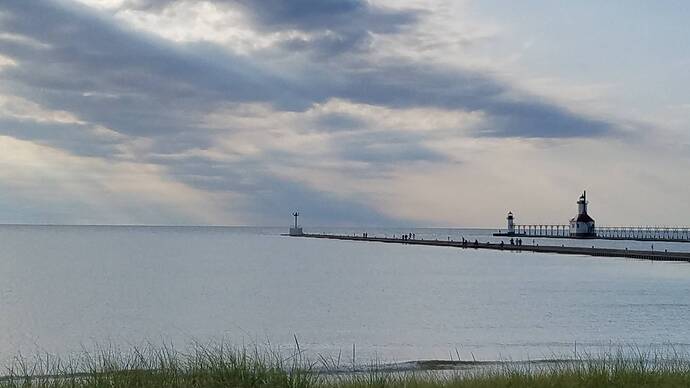 Well, I guess like Pond Atlantic, since it’s almost my back yard, especially when it gets a little more wild.