They were experienced, and instructors

But got too close to an unsafe area -
http://kniakrls.com/2019/01/names-released-of-two-individuals-involved-in-kayak-incident-at-red-rock/

Not really possible to determine what happened and learn anything from the news media. Articles say they got sucked into the dam outflow area near the bottom of the dam not the top, and capsized. Hydraulic at the outflow, with recirculating capsized kayaks? Experienced kayakers, but not sure what kinds of conditions that experience level was, or moving water training. Pictures from family all show flat water paddling. All accidents are unfortunate. Sounds like he was a great friend and person in general.

This article claims the two were upstream of the dam:

The location of danger signs upstream from a dam is a best estimate. But paddlers need to keep in mind it is often a best estimate for a motorized craft, at least a fishing boat with a small motor on it. No one is trying to be unsafe, it is just the common use that planners think about. Add an underflow and it gets harder to gauge from the surface of the water.

This is truly tragic for the family and friends of the paddler.

@pblanc said:
This article claims the two were upstream of the dam:

Who knows, the wife is quoted in this article saying a ACA level 2 is the second highest coaching level. Last time I did ACA , Level 5 was the highest level. Level 2 was basically an introduction to flat water kayaking.

Unfortunately, it seems like a case of very bad judgement and a failure to put any thought at all into the possible consequences of paddling where they did, and that must be true regardless of their so-called experience level. Take a look at an air photo of the Redrock Dam and you can see that nothing else can explain how they got where they did. The “shore” that they were paddling along was not a shore at all, but the face of the dam itself (it’s an earthen dam). The “strange shift in current” was what would naturally be encountered when entering or passing in front of the outlet channel. Note on the photo that the outlet channel is only 300 feet wide, and near the center of a dam that is thousands of feet long. Being able to paddle to that location, and to look at that outflow channel and not be mindful of the danger is what got them in trouble.

@SeaDart said:
Who knows, the wife is quoted in this article saying a ACA level 2 is the second highest coaching level. Last time I did ACA , Level 5 was the highest level. Level 2 was basically an introduction to flat water kayaking.

Also wasn’t clear if he took the class, or was an instructor - big difference.

Holy crap - why would you ever paddle anywhere near that. We have lots of dams around here, but nothing that big.

@Guideboatguy Am I missing something or are there just three buoys clustered what I would call dangerously close to the outflow on the upstream side? I see some others on the NE shore, but seeing the crane I would tend to read them as being more about the construction site than a dangerous water flow.

Unclear to me from the article whether these two paddlers knew that area.

ACA Level II:
The Level II course looks like a very basic kayak course.
I’m inclined to believe that neither paddler were very experienced, or skilled paddlers.
Seriously doubt either were instructors.
Both certainly made poor decisions.
Getting too close to dams, either upstream or downstream is just asking for trouble, in my opinion. 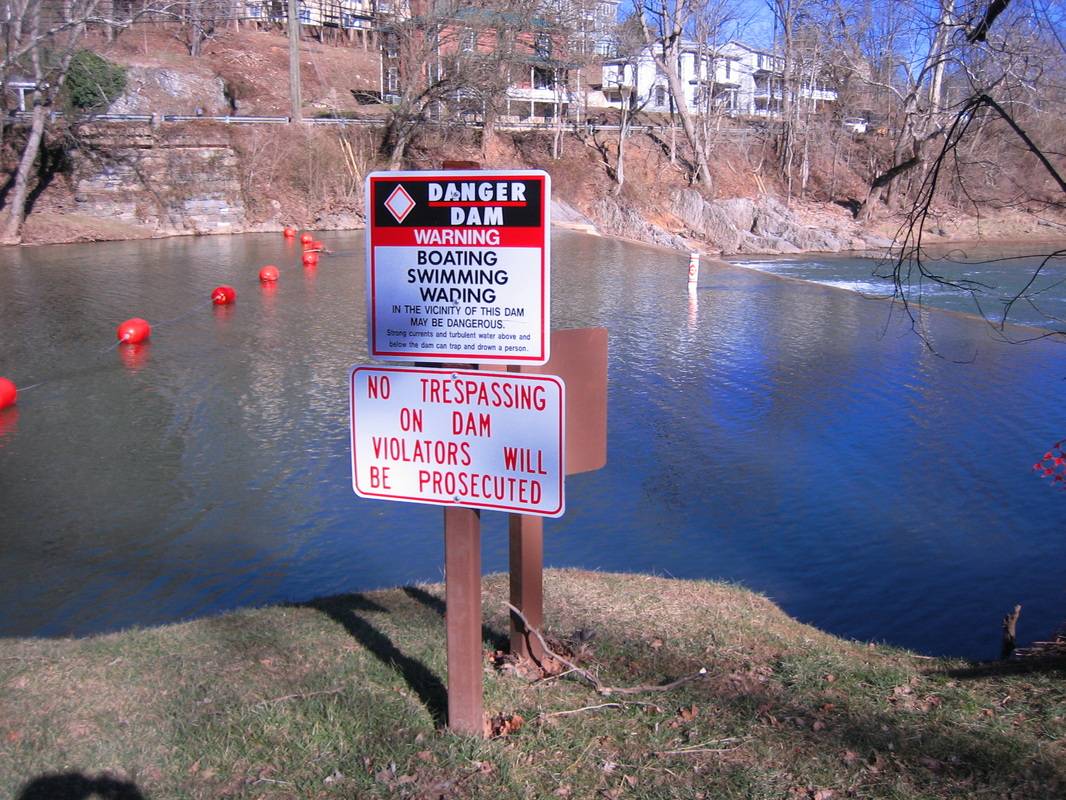 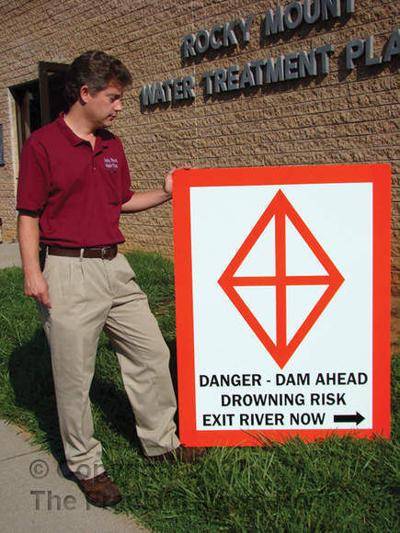 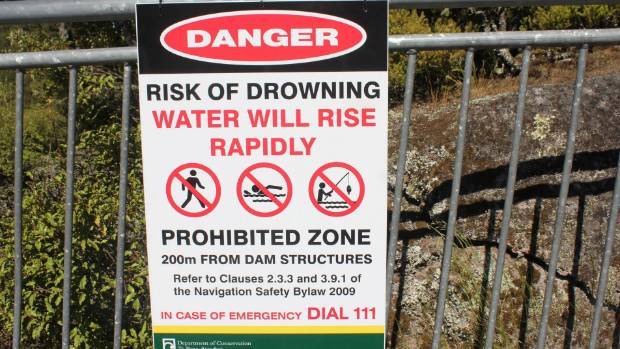 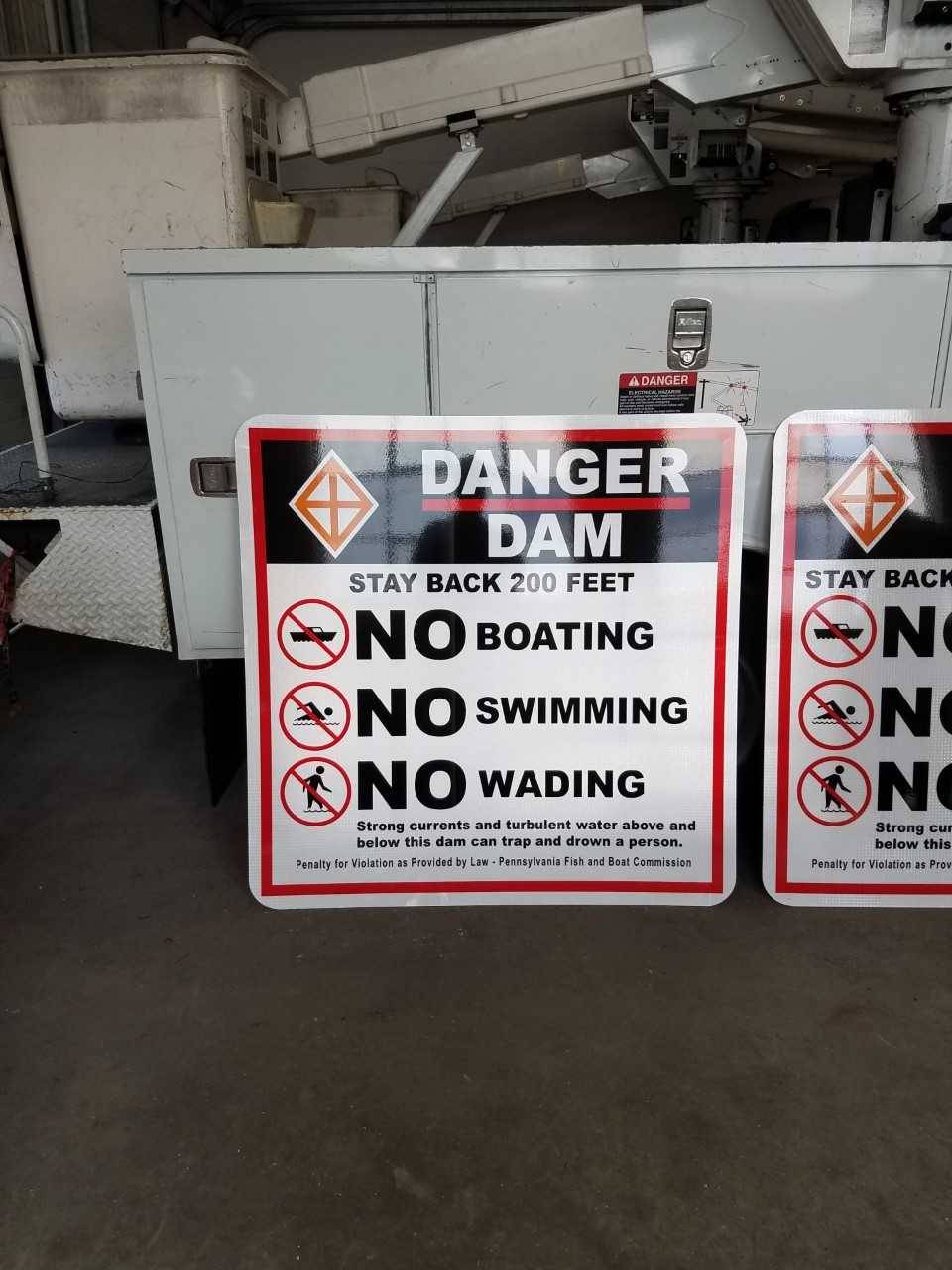 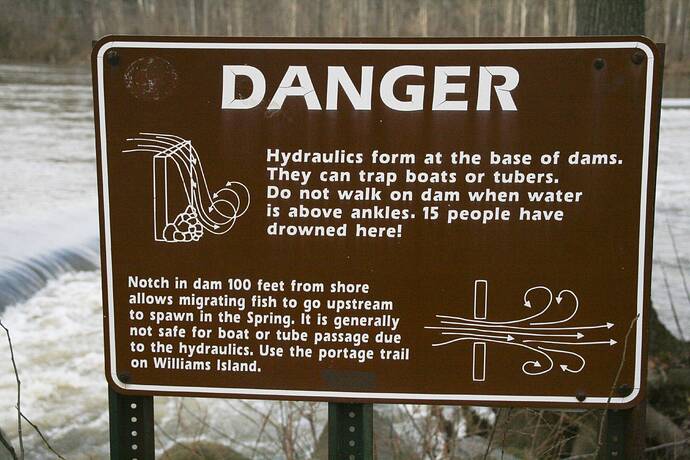 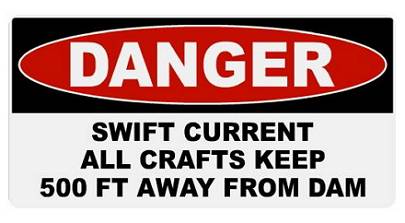 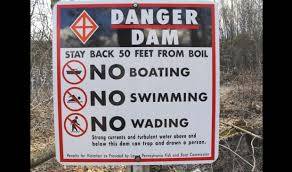 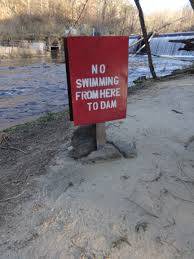 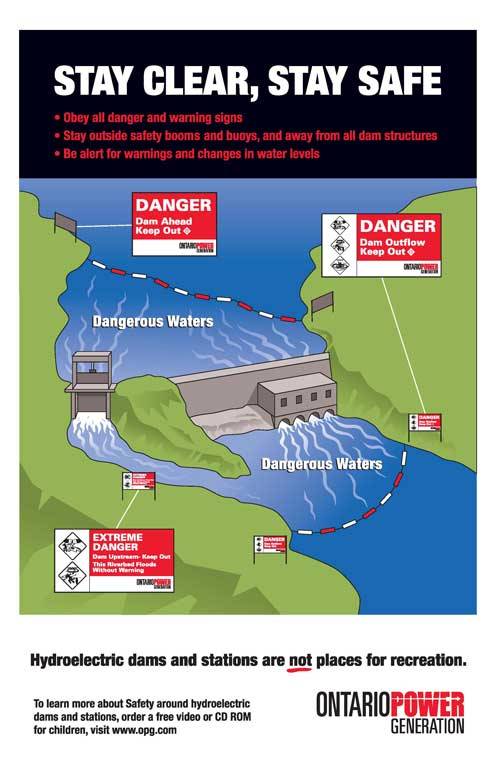 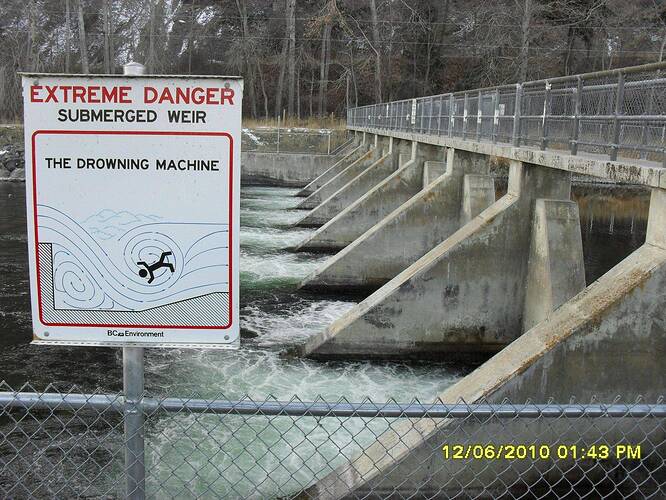 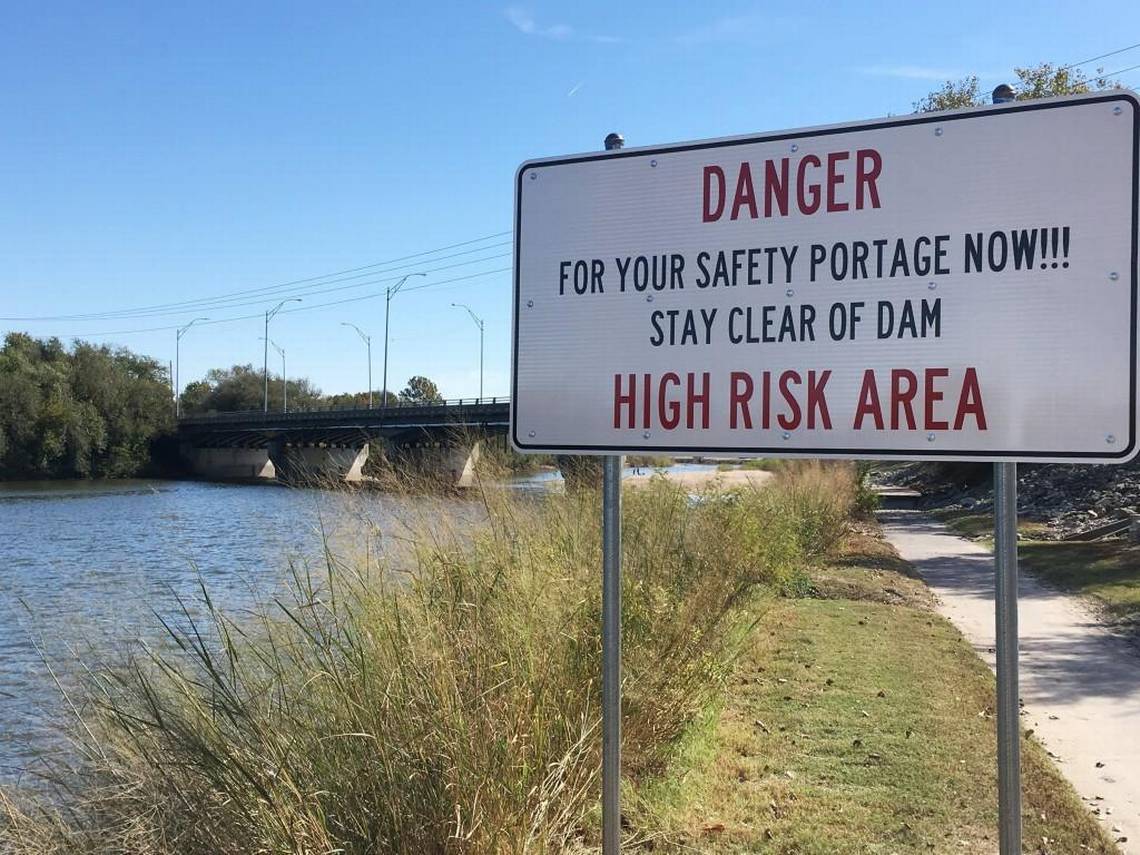 So… The post mortem is to please heed the signs and stay away from dams… No matter your paddling skills and rated ACA level.

No record for Mr. Chicoine in the newly revamped (unfortunately) ACA listing, but many instructors have been left out - including L5 instructor/trainers. Something that wasn’t broke was “fixed,” but now really needs fixing.

I did see a reference to Timothy Chicoine at another site as holding the same L2 certification as Beatty, but couldn’t access the PDF file.

Such incidents remind me of the discussions here about situational awareness and risk assessment.

So, Coastal & not River. When I took ACA L3 we didn’t discuss dams or moving water other than tides. I’ve spend a fair bit of time on rivers and paddle (or at least used to paddle) whitewater & have a healthy respect for dams, pour-overs, and ledges. I have personal experience on the Big South Fork of how far downstream a reversal can reach.

L2 is not experienced, but remember my Central Tenet of Male Kayaking: Any male under the age of 80 who has been in a kayak twice considers himself intermediate or experienced.

“Course Overview: The Essentials of Kayak Touring course is designed to teach beginner paddlers to safely and enjoyably kayak on lakes, calm protected ocean environments, and other flatwater settings.”

An admirable and ambitious list of paddling and safety topics is covered in 8 hours, but that is not enough time to master any of them. I would consider a graduate of that class a better-informed beginner. One would think that being in their late 50s these guys would have learned about the danger of dams somewhere along the line, but maybe not. Even truly experienced people make deadly errors, nobody is immune to it.

Hmm, a few things. Agreed coastal paddling generally does not give anyone a lesson about inland dams, especially an underflow one. Those of us who live inland tend to get that lesson from spring flooding and annual springtime stories about someone getting caught by a dam.
There were likely signs on shore warning them to stay away, which I couldn’t have seen in the aerial. Duh on me.

As to qajaaman’s point… a highly certed instructor told Jim and myself years ago that he did not expect to see us in a headline even going out with just two of us in Maine. Because together we were always pretty conservative.

Dont know about the top, but there are adequate signs at the bottom. I wonder if there was a floating barrier above that was removed for the winter or something?

@qajaqman said:
L2 is not experienced, but remember my Central Tenet of Male Kayaking: Any male under the age of 80 who has been in a kayak twice considers himself intermediate or experienced.

I’m pretty sure 95% of the kayak people I’ve met fall into this category. More so male, but females too.

I’ve been kayaking since the 80s and I’m still an intermediate.