A rare rainbow snake was spotted slithering through a Florida forest last week, marking the first time in 50 years the multicolored serpent has been seen in the area, experts said.
The nonvenomous species is a highly-aquatic snake, and is also referred to as an “eel moccasin” after its penchant for eating eel, the agency said. The serpents live much of their lives hidden under floating vegetation and burrowing near creeks, lakes, marshes and tidal flats. 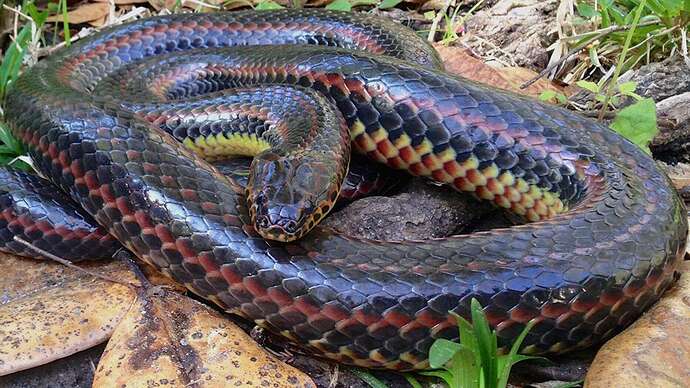 I wrote about the time I stepped out of my boat in a few inches of water along the Edisto River. And a snake wrapped around be my ankle.
The two most prominent aquatic snakes there are the Brown Water Snake and the Cottonmouth and those thoughts when through my mind at warp speed. It was obvious I had stepped on the snake’s head so do I let him go or lop his head off with a paddle blade? I was afraid that if it was a Cottonmouth, he could strike and the last thing you need in the middle of nowhere is a venomness snake bite.
I looked more closely and saw the longitudinal purple stripes and knew it was neither. I released him and looked him up when I got home. It is cool to meet an animal rarely seen.

Curious that they seemed to disappear right about the time the Rodman dam was put on the Oklawaha.

Last summer I saw this near the Hillsborough River 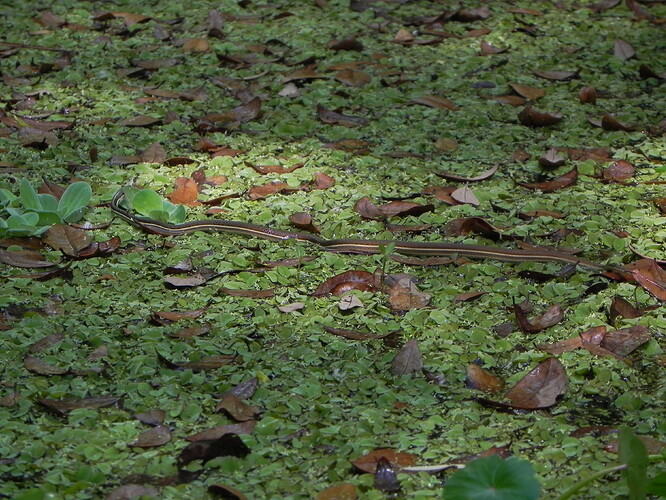 It is a Ribbon Snake, the first I had seen

Wow, that’s a real beauty! Wish I looked half that good, lol! 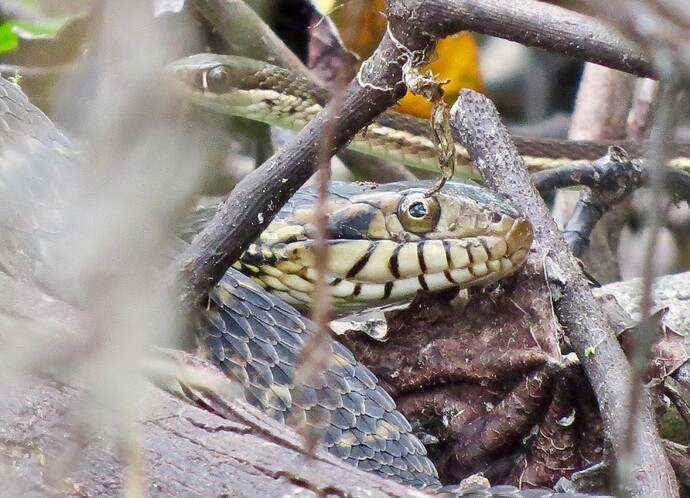 I often see peninsula ribbon snakes on the Wekiva River and Silver River. Here’s one photobombing a banded water snake—I never saw the ribbon until I uploaded to my computer.

It is thought that the drawdown of the Rodman Reservoir on the Ocklawaha disturbed the habitat of the rainbow snake. Drawdown occurs every four years, from November to March.