THIS is why you should use bow & stern lines

The racks don’t fly into other vehicles if the boat is tied to the car as well as to the racks. 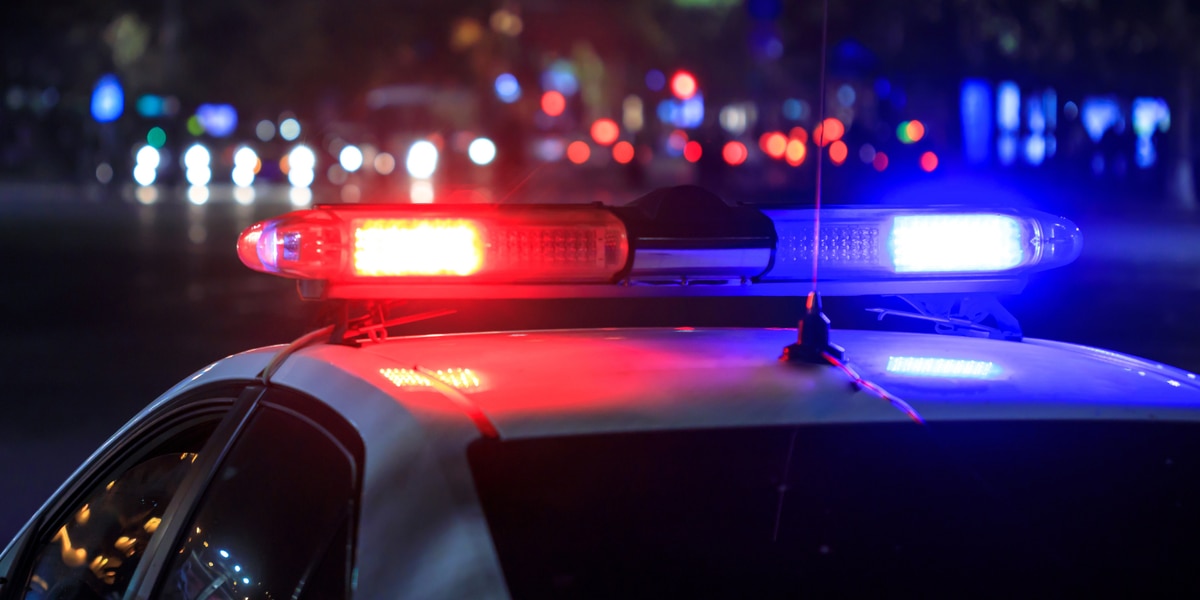 A driver in Michigan was killed Sunday afternoon when a kayak and roof rack fell off a passing vehicle.

God bless poor victim. Never stay behind anything with stuff on the roof or near trucks even pick-up trucks. Trucks can have stuff in them you can’t see and it blows out.

Plumber’s vans with pipes have killed many. NYS they have to be enclosed, no more pipes tied to racks.

Horrible news.
I agree. Use a real rack and tie down with rope.
Use bow and stern lines.

I would say that most people wouldn’t know how to tie down w/ rope. Look what they do w/ straps and those are easy.

For those who say “I never use bow and stern lines, and nothing has ever happened. You don’t need them.”, well………

With my last car, I used the screw-in towing lug that goes in the front bumper, and a fixed one under the rear bumper that was already there to tie down to. Worked really good.

The poor guy who was killed was traveling in the opposite direction. Assuming it was a two lane road, one each way, little he could have done.

The ropes versus straps thing is a red herring. Just use two of whatever at each strap point - two in front of the cockpit and two in back. That way one fails and it may result in shredded something but the boat stays on the roof. I and my husband were told to do this by an old hand 30 years ago and I really do not understand all the boats I see going down the highways with only one fill-in-the-blank at each point. My car hoods are quite undamaged by bow loops, several cars into using them.

And of course at least bow line. Given that the rear of a sea kayak overhangs the back of the car, any stern line would have given the rack a few feet to fly loose once in got unanchored. Somewhat unclear what that would have accomplished here if the rack itself was the initial failure point. But a bow line would have told the driver they were developing a problem before full catastrophe - they should have seen it change or lose tautness,

What is horribly missing from this story is what excuse for a rack was involved. I have always used third party racks, and parts get replaced if there is a hint of weakening. If you physically go thru the rack at change of seasons the right way, this kind of horror should not happen. I strongly suspect this was factory cross bars. Which will be discovered as this case is pursued.

Michigan - Rookie, are you seeing anything that talks about the rack in news around you?

Sometimes metal fatigue is not apparent… Our Yakima rack system broke a tower on the Great Plains with a heavy crosswind ( we had trouble standing). The metal snapped in half Yakima sent us new towers and we lost nothing as the boat was well tied down. Do check your fittings… they come loose over time.

With the overwhelmingly cheap luggage racks that most aftermarket racks mount to, I’ve taken to running a strap all the way through the inside of the vehicle with the doors open as well as engine block mounted bow and trailer hitch mounted stern ties

Dang…that’s tragic. I am not an authority on kayaks and their carry, but I have hauled things on pick-ups and some cars for over 50 years and I have learned a few things. If you can tie off to a rack and have redundant safety it’s no guarantee your system will not fail, but it is a guarantee it would fly off the vehicle. I believe in having the rack secured in 2 ways to the vehicle and the cargo in 2 or more ways. If something fails, the other works.

I make my own carriers. On my big 4WD pick-up the front is a roll bar made from 4 inch steel square tubing with wood cradles attached to conform to the hulls. The rear is made from 2X4 and 1X6 pine set into the stake pockets and tied down, and then I tie my kayaks down to the rack with 2 girth loops, one bow line and one stern line made from 7/16" static climbing ropes. The girth loops are tied in front to the roll bar and to the rear to the rack.
The 2WD Toyota pick-up is set up with a box frame built and bolted into the bed with 2X4 studs as uprights and 2X4s also are the box rack on top. The whole thing is constructed with framing screws and set in Liquid Nails. I tie each kayak with a bow line, a stern line and 2 girth loops to the box. It’s strong enough that I can jump up and down on it and it doesn’t even creek, and I weigh 187 pounds.
I am a bit fanatical about safety and strength when hauling anything on top of a truck. If I ever roll over in an accident I want the kayaks to be crushed but still be attached to the wreck. That may be impossible but I am going to get as close to that degree of safety as I can when I build a rack.
I have helped a few friends make racks for cars. The wood box set on top is not hard to do. Think of framing a floor. That’s how I frame the top-box. I make them like a small section of house flooring. 2X4 for the main frame and 1X6 for the wind-bracing. For cars with a lot of curve to the roof I use 2X6s for the box frame. These get set or inlet into the factory supplied roof rails or can be contoured to the roof itself (in the case of the 2X6 frame) if no rails are installed. Set on 16" centers as a floor would be, I can pad the wood to car-top with sheet rubber and drill through the wood for ropes to be installed as ties.

The trick has been finding where to make the fore and aft tie-downs on some modern cars. The old ones has steel cross members. I drill and tap them and install grade 8 bolts on steel loops that are then strong enough to use as tow points. But many of the newer cars are all plastic.

So far I have found ways to deal with every one, but I fear there may be some that just are not safe to carry kayaks on.

One trick I have used is to tie tubular flat webbing into a loop with a water knot, pop the hood and simply loop it around the hood latch and shut the hood again. The hood latch is usually quite strong and that leaves a 1 foot loop of strong webbing sticking out over the edge of the hood to tie off to.
The rears are easier in most cases. I have found nearly all can be set up for light towing and if so, there is something back there you can use to make a hard-point to tie off to.

To get good tension on the kayak you can tie a loop that’s about 1 foot larger then your combing and drop it around the combing. Tie on to the rear end of that loop and pull a truckers knot to the rear of the car to tie off to the rear bumper, or the trailer hitch, (or what ever strong point you rig on the back of the car) The rearward movement of the hull pulls the bow line tight. So you have it pulled tight fore and aft and then if you loop 2 lines around the girth of the kayak it’s super solid to transportation and yet it’s fast and very easy to tie on and take off.

Some asshat ran me off the road and I rolled my 4runner twice years ago. Had Thule rack on it. Thanks to that Thule my sunroof still works. And so does the Thule.

The idea being that tying down the bow would have made the difference and kept the roof rack on the car?

$10 will get you a copy of the police report.

Based on the little information in the linked article, the OP title should probably be something along the lines of, “This is why you should check your load and rack making sure your boat is secure”.

I am not ready to say bow and stern lines would have kept the rack on the car. Once something in the rack let go there would have likely have been slack in one or both of those lines.

HOWEVER having that bow line in your face driving is often a good way to spot something going wrong before it becomes awful. If I miss something when putting up my boat I am likely to see it in that bow line at the first bump in the road.

I too always check for tightness before I take off. Except when I forget to because I am distracted or rushed and make like an imperfect human being.

As to the police report - even once the details are completed which seem questionable right now, you are assuming that local police can correctly describe how that kayak rack is mounted to the car and the point of failure. Sufficient for a bunch of kayakers who can argue rack systems until the cows come home to be sure what was on that Honda.

You have far more faith in the police to get this right than I do. Unless one of them at the scene kayaks themselves.

This will be a hellacious court case and all of that will argued at some point. Frankly what most concerns me right now is the risk that we will all get letters from our insurers saying that they will not cover any accident where boats are on the roof, even if nothing related to the kayak or canoe mattered.

One thing you learn transporting heavy equipment, building supplies, scaffolding, and other stuff is go down the road a bit 5-10 miles then pull over and check everything. Make sure everything is still tight and hasn’t shifted. God bless the victim.

Two tow hooks on my vehicles I like to cross two lines on bow for each kayak. Keeps it from side shifting.

No assumptions from me about what may or may not be in the police report but still curious what it says.

On the Seney Stretch people do 70+ so things can happen quickly. I suspect that the rack was not original equipment as it seems unlikely that a Honda crossbar would spear the driver thru the windshield, but at a combined 140 mph it is certainly possible.

Michigan - Rookie, are you seeing anything that talks about the rack in news around you?

Not a word from northern MI media, print or t.v. I did a search of the media websites and found nothing. I have seen a couple reports from downstate sources as well as upper peninsula coverage.

It would be interesting to learn the type of rack being used as well as the type of kayak.

So, as far as the vehicle is concerned, it’s exactly the same as if you hit a stationary, immovable wall at 50mph. It depends on what you want to compare it to. Two 50mph vehicles head on are equivalent to 100mph vehicle hitting a stationary vehicle. From that perspective, collision speed is 100mph.Dec 13, 2010