Let me start off by saying that I bought my Thule Hullavators over 6 years ago. I’ve used them extensively on my Hyundai Santa Fe - on trips from Nova Scotia to South Carolina and many points in between - and they’ve served me well. I’ve been very pleased with them and continue to be.

About a month ago, fortunately while loading a kayak at my house, I noticed that one of the Thule rear feet that support the bars the Hullavators are attached to had collapsed inwards on to the roof of my car. I took a close look. The foot is basically two parts; a podium fit kit that is specific to the vehicle (in my case it connects with one screw to the rail on the roof that the factory bars slide along), and a generic podium foot that bolts to the fit kit with two screws and slides over the Thule square bar.

The podium foot is a molded, heavy plastic part which also includes the steel mechanism that slides over the bar and a couple of steel pins that hold everything together. With everything tightened up properly it provides a secure connection for the bar. Thule provides a plastic cover for it. Of course the Hullavators bolt directly to the bar.

I took mine apart and noticed that part of the plastic, where the square bar meets the foot had deteriorated. This meant that the metal support for the bar was no longer properly supported. In this case the foot to bar connection is no longer sound, the bar can pivot inwards on the foot. It did just that and collapsed the foot inwards.

I contacted Thule support. They were pretty good. It took them a while - 3 weeks - but they sent me two new podium feet and two new covers. It was just as well they sent two as when I replaced the broken one, I noticed that the foot on the other side was cracked and about to fail too. Of course, I then checked the front two. They are bulging a little but look good for now. I’ll probably just buy two new ones ($37 each from Thule) and replace them soon.

Below are the broken foot and the one that would have been fairly soon.

If you’re still with me on this (and I haven’t bored you to death), and if you have a Thule rack with podium feet, then please pull the covers off the podium feet and check where the bar attaches to them. I’m very glad that mine didn’t fail at highway speeds. 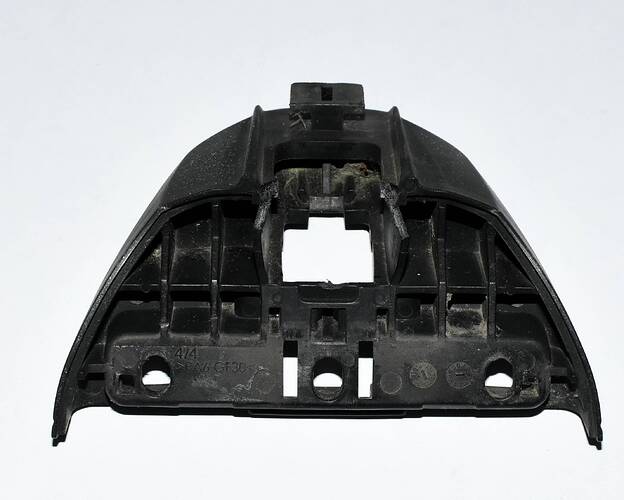 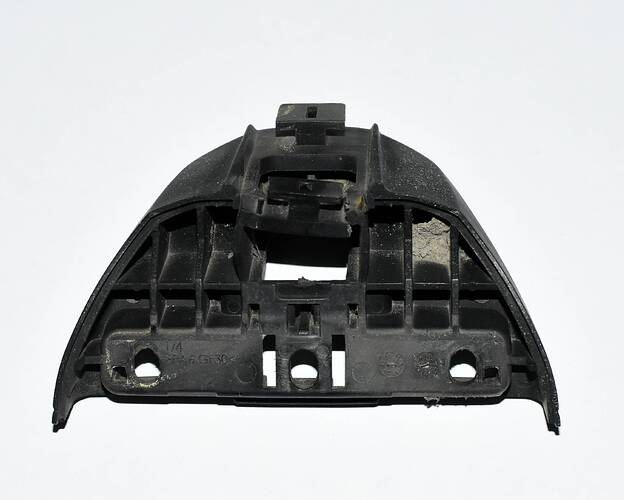