Time for me to get a sit on top?

2nd the recommendation on the RTM Disco. A friend has owned many high end sea kayaks and a couple of skis uses hers for laid back paddling. She is slender and tall but I’m just barely smart enough not to ask her weight.
I would own one but I’m too tall and heavy.

You may not find it all that elegant, but I sure love my Wilderness Systems Tarpon. It’s any but “floating Tupperware”. It’s heavy duty, manufactured in the US with lot’s of thoughtful convenient features such as 2 front storage cup holder, hatches and plenty of rear bungee storage. The seat is like a more comfortable lawn chair. It cuts through the water and tracks well and weighs in at about 55lbs. Just because they’re plastic doesn’t make them crap. Some of them are great performers that don’t cost an arm and a leg.

Oh, hey, thanks. I don’t mean to generalize or offend! The Tarpon is a classic boat. Part of the issue for me is weight - if it’s heavy, I won’t use it as much. My kayak doesn’t weigh much more than that, and it pains me to sell it…

Wilderness Systems Tarpon. It’s any but “floating Tupperware”. It’s heavy duty … It cuts through the water and tracks well and weighs in at about 55lbs.

And my 160 weighs every pound of 85 , and that’s before the paddle. I love the boat, but it’s beginning to be too much to handle. I’ve been paddling my Pungo 140. Much lighter and faster.

Perhaps going to a high quality inflatable might be a nice option for you. I dearly love my ADVANCED ELEMENTS Ultra frame Ultralite weighing a mere 17lbs.

No offense taken. I hope you find the kayak of your dreams. The sit on tops can be pretty heavy. My husband always helps me load the Tarpon on it’s racks. When he’s unavailable, I take my Eddyline or a inflatable. I’m not sure if getting into a inflatable would be easier, But Advanced Elements has the Expedition Elite which you can unzip the cockpit to make it bigger. It weighs in at 44lbs.

I guess my first suggestion for you is to pay attention to seats when you are looking at sit-on-tops. Although I have yet to get water time on it, the FeelFree Lure series has a fantastic seat, and from what I have seen it they are stable enough to paddle comfortable with the seat in the higher position (10 inches up). When I was doing my kayak research I found plenty with comfortable seats that raise but I would recommend going out and sitting in one if you can, because everyones needs/likes are different.

Another option for us older sorts (I just turned 70) that a lot of folks don’t think to consider are skin on frame folding kayaks. I’ve been paddling them since 2002 and have owned 7 so far. Once you get the boat set up, you can leave it that way all season (if you don’t paddle in salt water) so just because it dismantles doesn’t mean you have to do so if you have room to store it, which you clearly must since you own a hardshell.

Take a look at Pakboats Quest 150. It’s a 15’ kayak that can be paddle open like a sit on top or have the optional deck added. I’ve paddled the smaller (13’ 6") Quest 135 for 3 years and it is very close in performance to my hardshell 15’ sea kayak. Plus it only weighs 27 pounds! Having a kayak you can toss on the car roof with one hand is very liberating! Set up takes me about 30 leisurely minutes on a picnic table but I usually leave it set up all summer unless I break it down for traveling inside the car in its duffel bag. These are very nicely designed and constructed, not novelty boats (like the Oru) or the raft-like inflatables. More similar to the original native skin on frame kayaks and a style that has been popular in Europe for nearly 100 years.

The seats are extremely comfortable, another plus. And the company has great customer service. I know the Quest 150’s are in stock now and, of course, they can be shipped anywhere. I’ve taken my slightly smaller Pakboat Puffin as checked baggage on vacation oveseas. 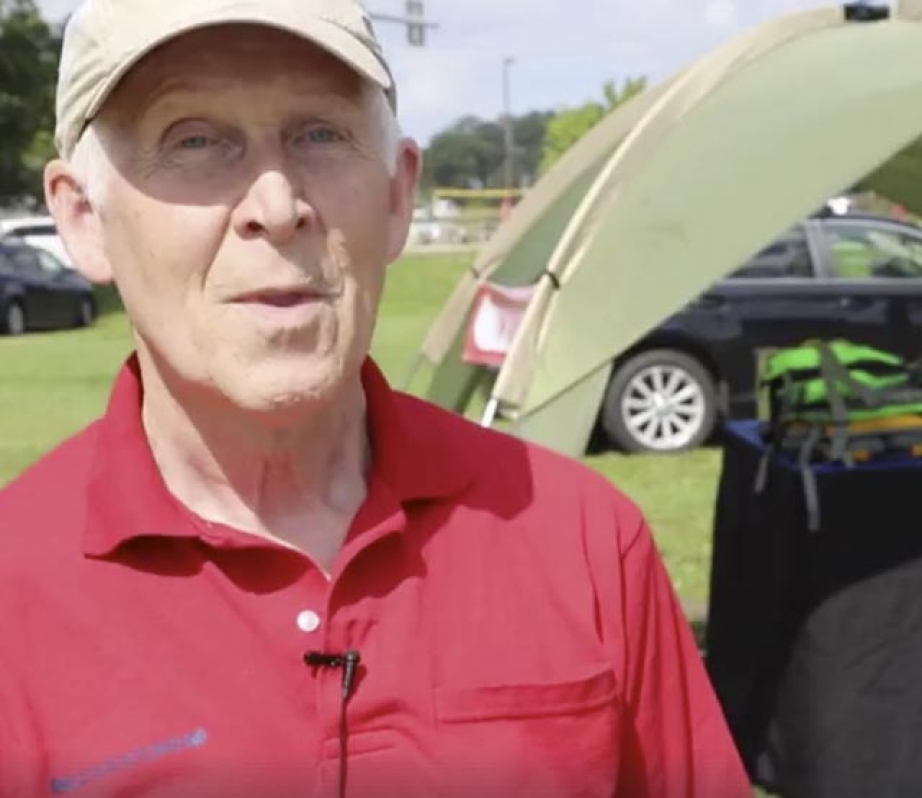 The updated pakboats 150 has some new features. It has an enchanced system for better stiffness in the midsection of the boat. It also can be paddled open or with a deck, so technically it is a convertible. For more information, check out the video...

And here is a video of a guy paddling the Quest 150 (he’s using the deck but performance would be the same): 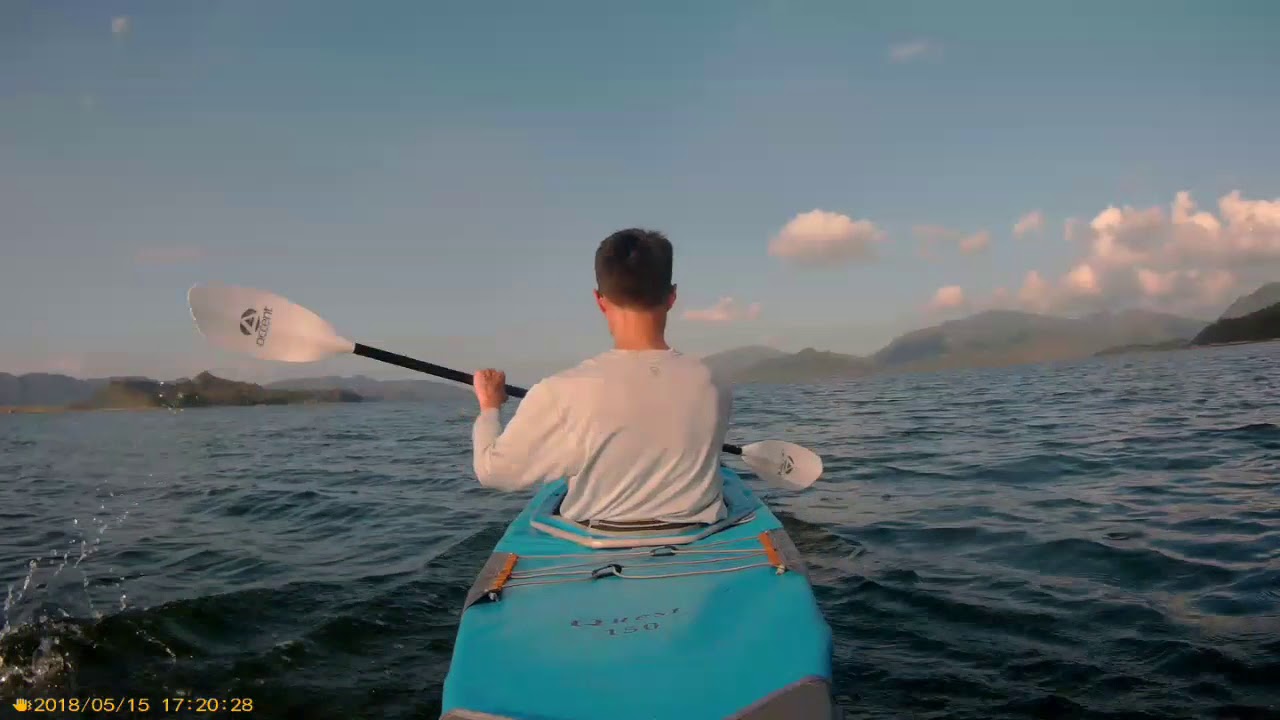 One I really liked was the Aquaterra Prism. Sadly, no longer made. In the past few years, I have added inflatables. Love the portability and Paris The Parson Russell Terrier loves chilling out in them. Something to consider

Thank you for all of the really tremendous advice…

I wound up getting a Stellar S18S surf ski. Am on a lake in Vermont this week currently falling out of it! Great performance, so far still tippy for me, but I expect to get better at it.

I sold my very beloved Valley kayak to a wonderful guy who seems to appreciate it, but this is has been a good trade-off for me. I really can’t thank you all enough for giving me such good options. I’m happy.

My wife has agreed to let me sell her high volume Necky for a tandem canoe, but I think I’ll be trying to steer her into a Hurricane Skimmer tandem. The plan is working out pretty well for me…

Thanks again. Learned a lot, and re-acquainted with this site…

Oh man, I love those folding boats. My first kayak was a Klepper Aerius 2. Perfect for a NYC apartment. Used it for 20 years. So stable, and literally works of art. I sold it for $3K - nowadays, you can get them for under a grand.

Anyway, I’m a big fan. Would still love to have one.

They pop up for sale regularly on the foldingkayaks.org forums. There have been some vintage Folbot tandems turn up recently for under $600. Pakboats makes a couple of tandem folders, including their convertible XT-17 and Puffin Saranac that can both be set up as a solo or double. They are a bit lighter than the equivalent length Kleppers, using modern materials like anodized aluminum frames and coated synthetic fabrics.

S18S is a great boat with beautiful lines.

Since I got such tremendous advice from my original post, I thought I would follow-up with the end results. I previously mentioned that I purchased a sweet Stellar S18S surf ski - totally cool.

I also sold my wife’s Necky Chatham 17 kayak (she wasn’t using it at all), and just came home with a nice old Wenonah Jensen USCA Marathon tandem canoe. We haven’t had a canoe for a long time after discovering kayaks (and then paddle boards) and felt it was something we could do together. And yikes - 32 pounds. So, I have a lot of nice options now to be on the water.

Wanted to thank this forum for having me think in some different ways. Some great advice here…

Thanks for following up!