To paint or not to paint

I have an Old Town Royalex canoe and tried to lightly buff to attempt to restore some “gloss” to the hull to no avail.

I have a pair of patches front and rear from use. I’m frankly not that concerned with the cosmetics but I happen to have a quart of oil based Rustoleum left over from a furniture job.

Any downside to painting the hull outside of a few ounces. The canoe is not rare or collectible so I’m not worried about hurting resale value but I thought it might look nice.

I have a new set of Ed’s Canoes seats coming in Wednesday…may look odd on the drab old green body.

I would opt to use paint that is formulated to stick to plastic., and stay with the same color so when it scratches off the scratches won’t be as noticeable.

I recently restored a royalex Mohawk and painted the outside hull as well as the inside and used Krylon which is made for use on plastic. It came out good and has been in the water with no ill affects

I’ve heard good about the Krylon and multiple suggestions for oil based Rustoleum….specifically for Royalex.

Is the oil based the wrong approach?

I’m not a paint expert, but I can show you examples of a restoration project I did on a Mad River Flashback.
Color was badly faded due to UV(see photo of boat on sawhorses).
I used Krylon Fusion. I did not use primer of any sort.
I did 3 complete coats of the Krylon on each boat, and let it dry (in bright sunlight)for at least 4 hours between coats.
Added new labels I had made on each boat.
Looks much better.
Easily touched up, if necessary, with a shot of same color Krylon.
Total cost for paint, and labels; about 36 bucks. 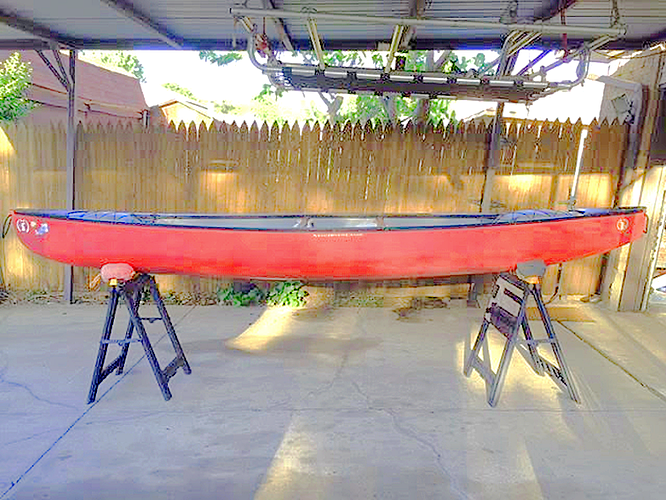 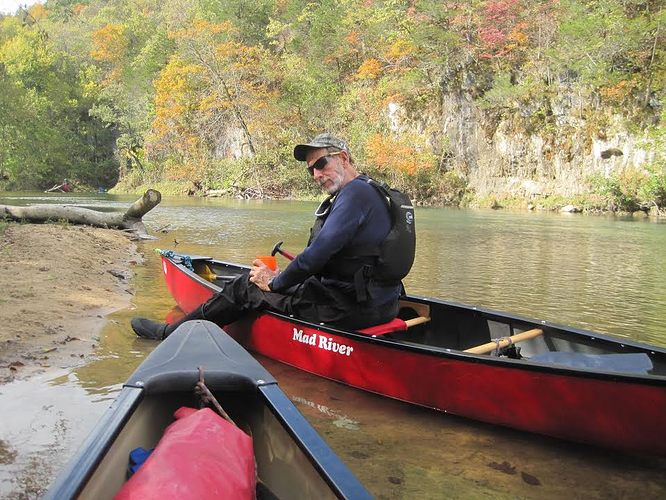 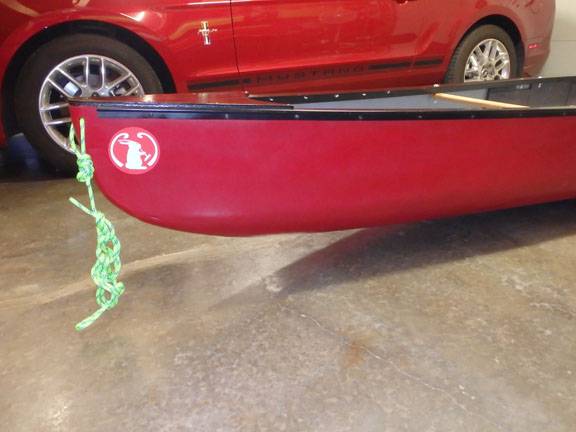 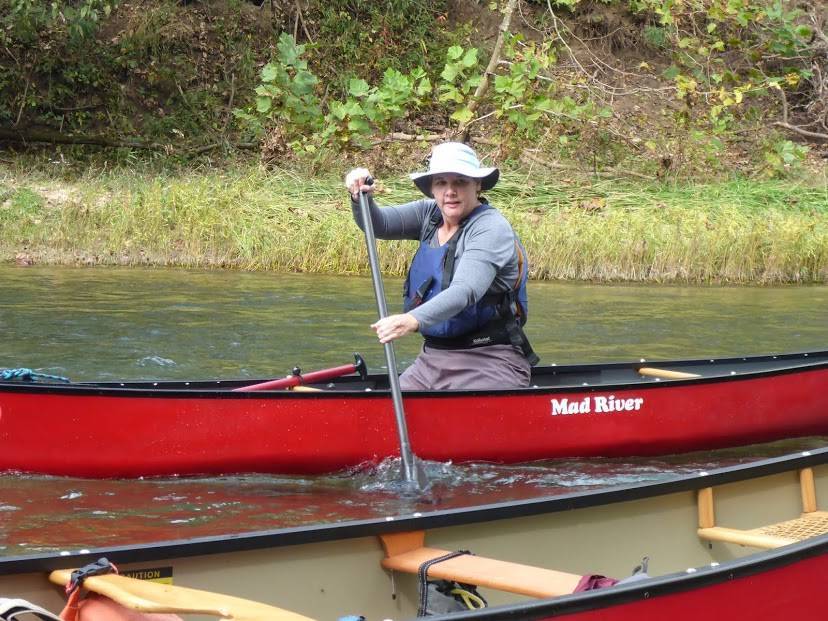 very nice! Yes I was going to use the Krylon but, again, I had a quart left over from another job in a hunter green to match the green color…for the most part…of the Pathfinder.

Just worried that the oil base may eat it.

Krylon Fusion seems to work the best, Especially if the royalex is old and sun bleached. I had a red Mohawk XL15 that was so sun faded that it looked like a pumpkin and 10 spray cans later, it looked brand new. It does not however seem to stick very well to anyplace where you have used epoxy for patches or skid plates. I am in the process of restoring a very old Old Town Kennebec 16 and the plan is to give it a coat of kelly green Fusion when done.

I don’t see the Krylon except in a spray. Guess I’ll have to go that route.

How many cans per coat?

Krylon Fusion…in a “rattle” can

Krylon doesn’t seem to have a dark green in the Fusion.
Would Krylon COLORmaxx work? Says ok on plastic

I needed a lot on the Mohawk i did because it was in bad shape. I would think 6 cans would do the trick normally for two coats. The Walmart by me does have both Hunter and Kelly green in Fusion. I have tried the ColorMax before and it does not bond as well as the Fusion and occasionally a second coat will cause the first to lift.

Don’t mean to beat a dead horse with a rattle can of Krylon Fusion…
But pictured is another Mad River Flashback I restored, re outfitted, and used the same paint…
Friend I sold it too hasn’t had any complaints about the boat or the paint job. 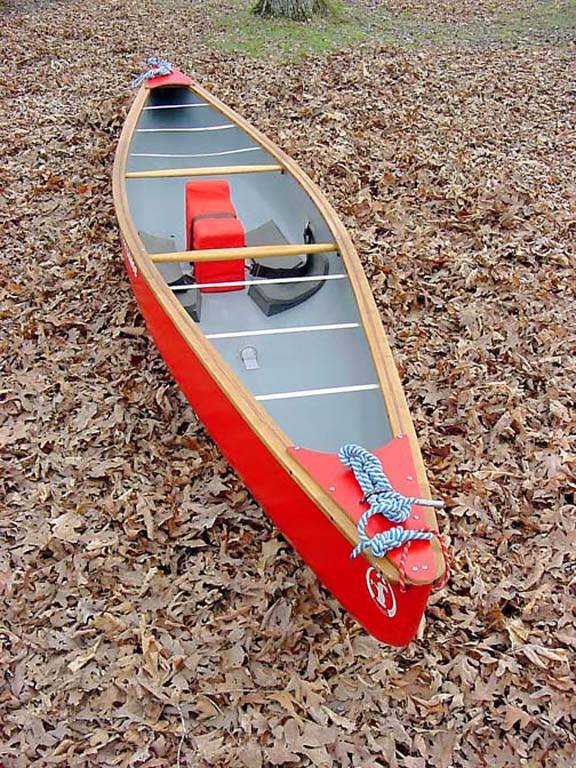 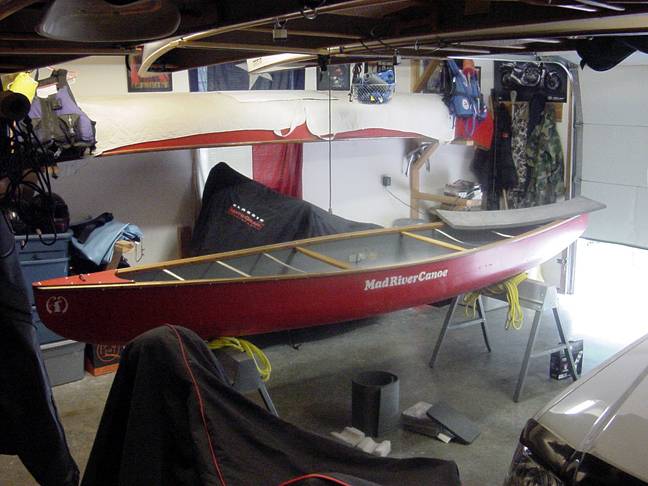 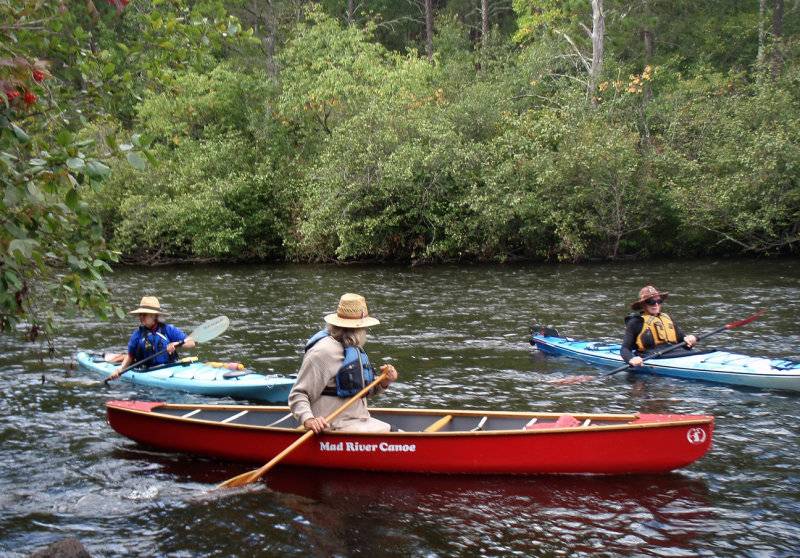 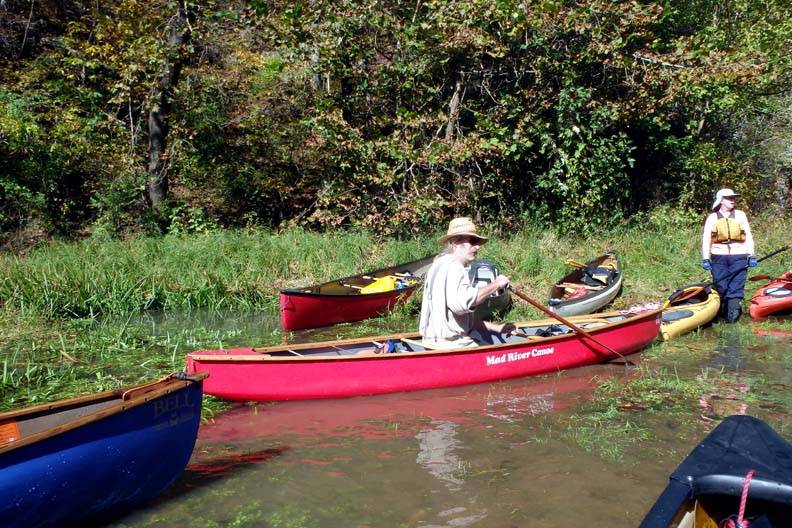 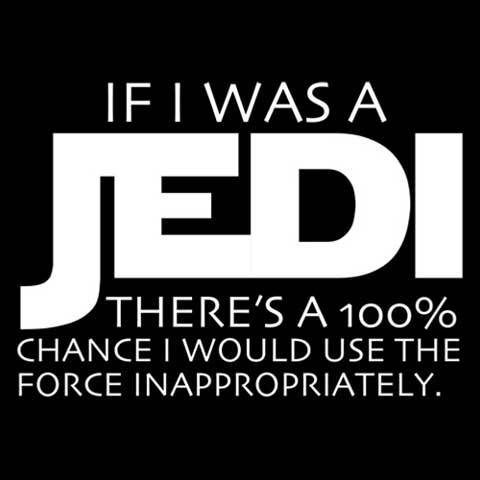 We are famous for beating dead horses, drawing and quartering them, then turning them into dog food.

@string said:
We are famous for beating dead horses, drawing and quartering them, then turning them into dog food.

Ok thanks to the anonymity of the web I can ask more dumb questions.

I’m in Syracuse and can find nada “for plastic”, but only half acceptable is some lame flat mossy green in reg Krylon Fusion

Same stuff, different marketing. I just bought a bunch of the old stuff on sale cuz they are clearing the shelves for new version.
Fusion works really well if you prep correctly. If it says Fusion, you are good. Available in many colors, shades, flat, gloss, etc.

Hey crockette, have you tried applying 303 UV protectant to the boat? That should provide some level of gloss back to the hull. I would guess that painting with krylon would look even better. 303 is slicker than snot so if it’s not glossy enough for you it might take a while to wear off before paint would stick to it.

Thanks Dick for the clarification!

TomL…I may go that route, I’m not having any luck finding the color I want. And tho it ain’t pretty it sure did a fine job taking us to High Falls over the weekend including dragging over several downed trees!!!