To skeg or not to skeg.

@Yooper16
Oh, still very much a rookie compared to the experts here. My first kayak was a wide ten-footer. Then I found this place and my education began. So grateful for the terrific mentors here as I would have quit paddling since that boat was nothing but frustration. Learned it was a boat that was unsuitable for anything but inland flat water. That was three years ago. And three more kayaks. So much yet to learn.

Your first post mentions buying a 10 foot boat for the St. Marys River. I don’t think that would lead to a happy experience.

Best wishes on your boat search and paddling adventures.

Have you been out paddling ?

@Overstreet said:
Have you been out paddling ?

@Overstreet
Me or the OP? OP lives near the St. Marys River. Latest report: “'St. Marys River
Five icebreakers were working the lower river Sunday: Mackinaw, Morro Bay, Mobile Bay, Neah Bay and Samuel Risley. Risley has a crew change scheduled at the Sault on March 21. Tentative plans call for Mackinaw, Morro Bay and Risley to lock up either late on March 21 or early on March 22. The CCGS Pierre Radisson is expected to transit the Welland Canal on March 29 to help with the spring break out effort.” 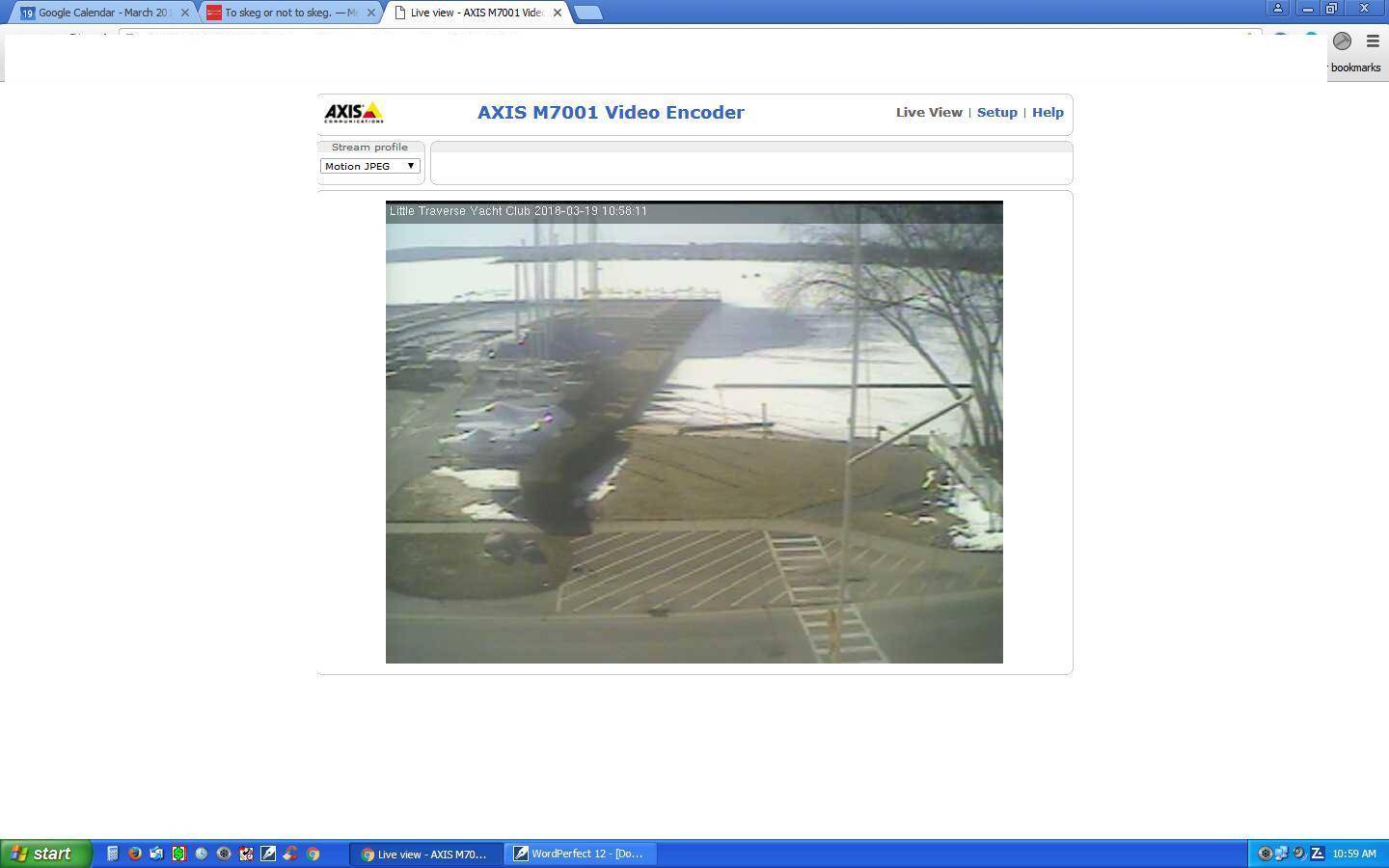 Yooper lives at the wrong St Mary’s River there isn’t much opportunity. …right now. But what about last summer? In reality, renting from an outfitter for a once or first in a long time is logistically simple.

The St Mary’s River near me is 62 degrees.

Have you considered a Point 65 modular or a Pakayak? I have a Point 65 14.5 that I transport in a Honda Fit. I had a 4x4 Van; at 10 mpg. The Honda Fit; 36-42 mpg. The Fit makes longer trips more frequent as they are more affordable on a fixed income. The Point 65 modular is fine for lakes, slow rivers and sheltered salt water bays. I am currently heading towards a Pakayak as they can handle surf etc better. I love my modular. No rack. Bring to water in 25lb pieces and put together at waters edge. I am 60 yo with back issues, so loading on a rack is not happening. Also the ferry boats charge by length if we stay under 14’ we get a break on fees. I can usually get the modular out, together, and paddling in less time then it takes most folks just to untie and offload their Yak from a roof rack! And by myself without pain. Anyway, you might consider a modular or 2. I have owned and paddled my Point 65 for 3 yrs. It has a rudder and a retractable sheg. I have the rudder disabled but use the skeg almost always. As we get older our reaction time slows so a tracking device can be handy and less fatiguing. I found that the rudder made it difficult to paddle straight in reverse so I gator taped the built-in rudder streight.
Have the best rest of the day U can.
~James~

I was gifted a 10 ft. Lifetime recreational kayak as a retirement gift. It’s really wide with a gigantic cockpit, and paddles like a barge. I recently went on a 7 mile round trip which I wouldn’t have finished if I hadn’t had used the tides. It’s nice to get out, but fighting the environment isn’t pleasurable.

I knew I wanted to explore at human speed, so I looked into used boats. After several months of checking options I bought a Delta 15.5 GT. It’s long by comparison, but it “fits” better. The rudder helped with corrections and direction in the Willamette when I tested it, and the speed…

*. Tip
When testing boats in street clothes do not try NOT to get wet because you WILL get wet. I had both feet inside and tried to drop my butt, but the Delta said “ uh no!” Wet to the waist instantly.

I have owned several kayaks over the last thirty years, with and without a skeg or rudder.
It all depends on the design of the hull and how the boat is balanced
My present playboat, a Eddyline Samba, has a skeg and I love it.
The Samba has a lot of rocker and carves turns nicely, with skeg up, but it gets pushed around when the wind picks up.
Dropping the skeg a little counteracts this and allows paddling in a straight line, without a lot of corrective strokes.
A skeg can allow a boat to have multiple personalities.
Properly balancing the boat, with seat position and loading, can help neutralize the handling, reducing the need for a skeg or rudder.
My big Necky touring kayak absolutely needs a rudder when the wind blows from any direction other than from the rear.
It has a lot of windage for the wind to work on.

I have a 10’ fishing kayak which I equiped with a rudder. Does it need it no, but when draft fishing it makes it easier to keep it straight without using the paddle. Also easier to steer when I use a kayak sail. So to each their own. B)

@soflanut said:
I have a 10’ fishing kayak which I equiped with a rudder. Does it need it no, but when draft fishing it makes it easier to keep it straight without using the paddle. Also easier to steer when I use a kayak sail. So to each their own. B)

Rudders are also a useful accessory if you entertain the notion of paddling a kayak with a short bent shaft canoe paddle (about 44" to 46" long). I pretty much always have a 44" Zaveral 11oz carbon bent shaft in my kayaks as an alternate to my kayak paddle.

I rarely used the skegs on the skegged boats that I used to have. I rarely use the rudders on the kayaks that I currently have. I’m seldom in conditions that I can’t cope with just the paddle and edging the boat. It’s good to have one or the other when wind conditions are making progress in the desired direction a real pain and more challenge than preferred at any particular time.

In some wind/wave direction combinations, rudders make turning in the desired direction much easier than a skeg or nothing.

Rudders are easier to lean than skegs for directional control, but once you learn how skegs work and when and how much to deploy them, they’ll do most of what most people need and have fewer moving parts and often add less weight to a boat than rudders.

I don’t do camping or tripping and am usually in the boat 2 hours or less.

My preferred rudder/skeg set up is the Epic Track Master Steering System on my 16X, which can be used as skeg or a rudder or not at all.

My thoughts, in no particular order:

It looks to me like the Aspire 105 only has flotation in the back. That means if you get caught out in chop big enough to dump water over the coaming into the boat, you could end up with the boat (barely) floating with the bow pointing down towards the bottom of the river or lake. There’s a reason they say it’s for flat protected waters. The safest kayaks have enough flotation in both the front and the back to float flat (whether right-side-up or upside-down) no matter what. So you can at least grab on and stay afloat even if you get a cramp, and so you have a chance of being able to get back in it or on it even if you can’t get it to shore. I’m not familiar with the waters you mentioned, so I have no idea how big an issue this is for you.

Many short kayaks do not track well. They waggle back and forth quite a bit with each paddle stroke. In tame conditions this is just annoying and inefficient, but it can cause a capsize when going downwind in rough conditions. I have tried one short kayak that tracked surprisingly well, but unfortunately I don’t remember anything about it besides that it was yellow. Sorry. It belonged to a neighbor.

In tame conditions neither a rudder nor a skeg is really necessary. Deploying a skeg can allow you to coast in a straight line when you stop paddling, instead of following a curve in the direction opposite your last paddle stroke. A rudder can give you the additional choice to describe a curve in the opposite direction if you like.

Where you truly need a rudder or skeg (either will do) is when trying to paddle in any downwind direction other than directly downwind when the wind is strong. In a kayak with neither skeg nor rudder, no matter how hard you paddle on one side, even if you don’t even bother paddling on the other side, the boat will veer off course.

I like a skeg better than a rudder in rough conditions (in a sit-inside kayak), for three reasons. One, they tend to be less prone to damage. Two, being located closer to the middle of the kayak means they are less likely to be lifted completely out of the water when paddling in big waves (admittedly, this is a bigger issue in my 17’-8" sea kayak than it would be in a 10-ft kayak). Third, the foot braces are always fixed solidly in position, allowing for very secure bracing when the kayak rocks and rolls. That said, the better rudder systems also have fixed foot braces with the rudder controlled only by the toe part at the top.

If you would be willing to cartop your kayak(s) on a sedan rather than a van, you could easily transport long kayaks using Yakima Hully Rollers (or similar) installed on the rear bar. I used to do it by myself with a Subaru Legacy sedan. To get the 17’-8" sea kayak on the car, I used a carpet scrap to protect the car from the trunk edge to the top of the rear window. I positioned the kayak diagonally on the ground so the stern was behind the car and the bow was next to the car, about even with the back Yakima bar. I lifted the bow up and over so the middle of the kayak was resting on the trunk edge and the stern was still on the ground. Then I went to the back and lifted the stern until the bow was on the Yakima bar between the rollers, then pushed the kayak forward on the rollers until it was pretty much in position, and let the front down onto the front saddles.

We transport a 13’-5" long Hobie Revolution 13 on/in our F150 truck bed. It’s a 6-1/2 ft bed, and the lowered tailgate adds about 2 ft, so the center of gravity is supported. It does stick out a fair bit, so when we park in the grocery-store parking lot we have to pull forward past the line between spots to keep the kayak from sticking out where it could be hit.

Looks like I have a bunch of ketching up to do.

In the midst of a remodel of 2nd floor and finally hooked the 'puter back up. And ugh, going to be tearing the roof off of the shed style add-on-------MOLD MOLD MOLD. Explains my physical aliments for the last 8 months or so. Easier to replace the rafters, roof deck etc, than to try an clean.

@Yooper16
Bummer - and a dangerous one.

Hope your insurance covers it.