So today was snake day at our house. Saw this handsome specimen in the afternoon. It’s apparently an endangered eastern black rat snake. 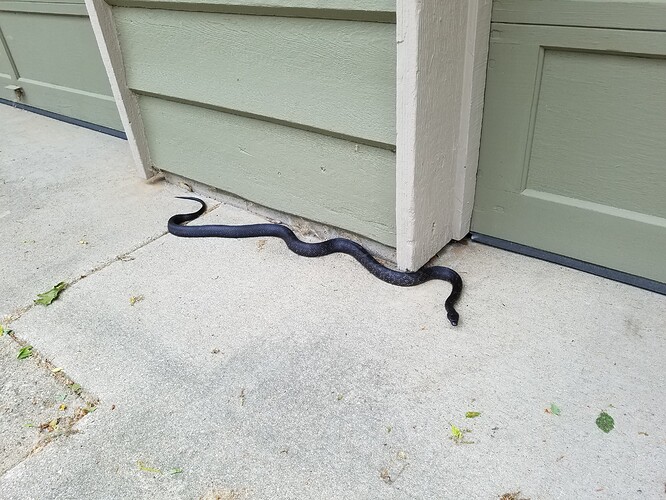 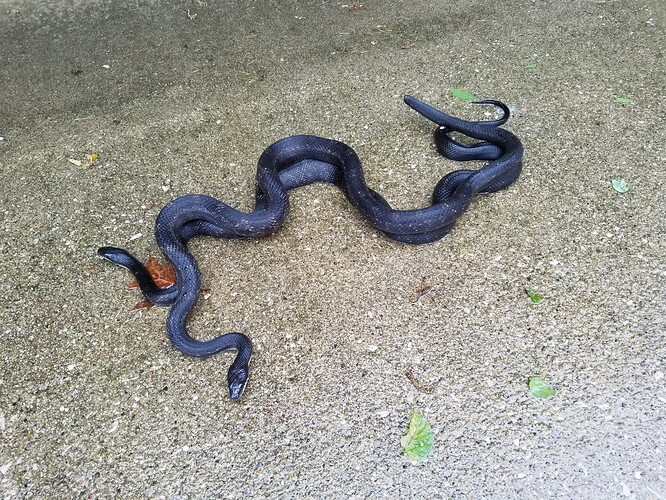 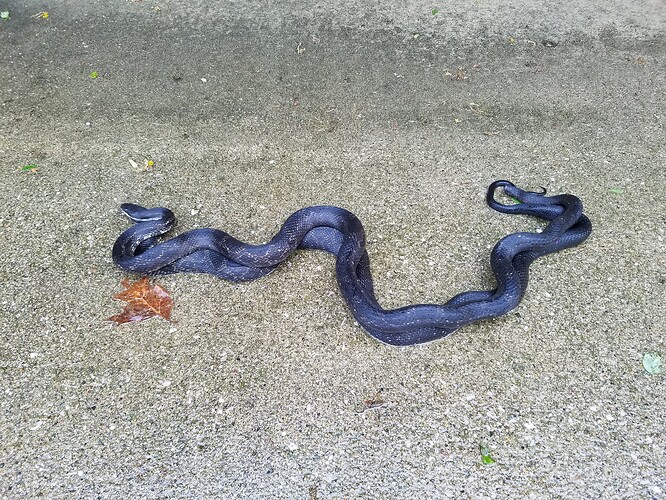 I stepped on a pair in the dark. Barefoot. Best standing broad jump I ever did.

Here is my contribution of an Eastern Rat snake observed in nook on tabby wall. I was conducting one of my frequent trash pick-ups from wall adjacent marsh in downtown Beaufort SC. Appeared to be a good 2 inches in diameter. 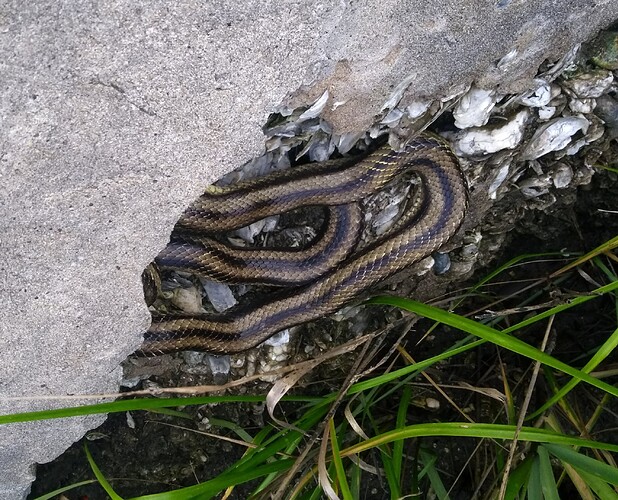 Lives in the brick vent at snake’s tail. It usually backs into it’s home tail first.

A Day of the Snake,
in Year of the Rat,
coil and gnaw at the blowfish,
or back to hell with a bat!

We lived in a swamp near Houston. The homes were on imported sand. The lot next to mine had lots of snakes,
mostly copperheads.
I opened the garage door one day and a kingsnake was staring at me. With a closer look to make sure it wasn’t a cottonmouth, I put him in the vacant lot and wished him well.

Yeah down south or out west you need to pay more attention. In Michigan we don’t have much in the way of dangerous snakes. There are Massasauga’s around but they are short, fat, docile worm eaters. The black rat snakes often get well over six feet and are just a bit startling sometimes but they’re not looking for trouble, they’re looking for chipmunks or a hot date.

It’s the heat–They seek out the radiation from flat rock, concrete, etc. Especially in the evenings/mornings. (That photo of the pair, almost look like a single mutation with two heads!)

Did you know that snakes have bifurcate penises, one on each side? And they have spine looking projections that point back toward their bodies
When you got no arms…

With that kind of knowledge you’d be a great candidate for Jeopardy, string.

While I live in a forested setting, can’t recall the last snake I’ve seen. Probably hiding in the underbrush. Frogs are a different story. I have a very small pond and each spring after clean-out, I’ll find one or two frogs. By the end of summer there’s about 30+. It’s a frog brothel.

Maybe a snake with two penises will have himself a really good time at a frog brothel?

Wife was push mowing under a huge cedar tree in our back yard a couple of years ago. Bumped the tree, and a Copperhead fell out of the tree, onto her shoulder, and then to the ground.
She freaked out, but came and got me quickly. It was coiled up, on the ground, near where it fell. I positively identified it as a Copperhead. I think it may have been searching the cedar tree for bird nests with eggs or newly hatched chicks.

The death penalty was carried out with a very sharp machete.
Non poisonous snakes are safe here, unless they become a bird house or bird feeder nuisance. Those are caught and released in the nearby state park.

Rookie, you just haven’t been looking. We found this guy (Eastern Hognose Snake) over in the Jordan Valley: 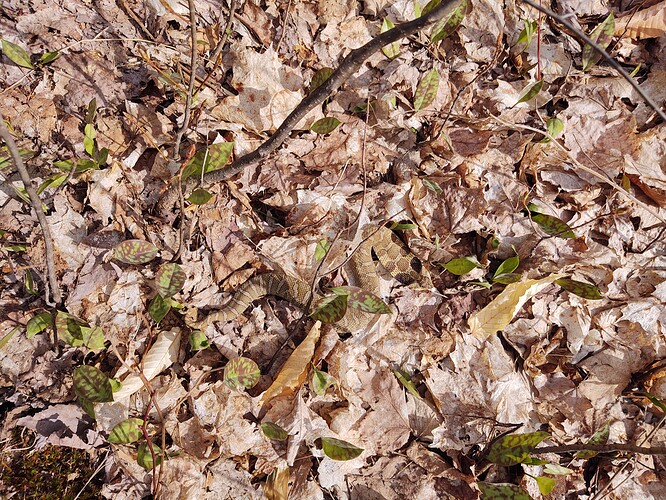 Lack of arms doesn’t seem to be a big limitation 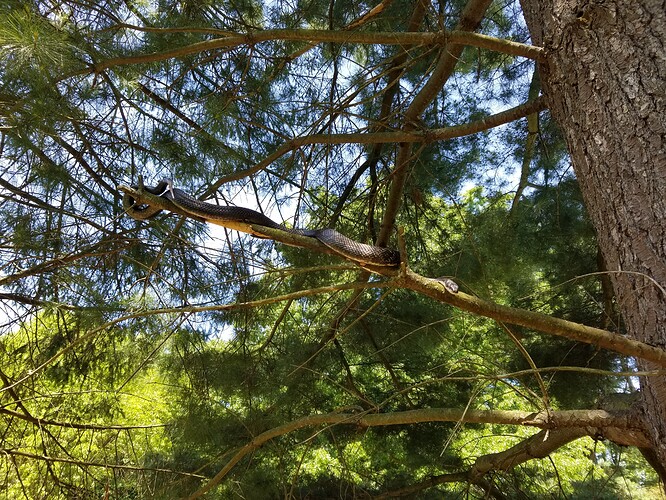 “Serpentine, Shelly! Run serpentine!”
Such twisted thoughts my mind zags unseen.
For when snakes from the grass to the boughs do unlimber,
I recoil in wake quake as they shiver me timbers!

East central Florida: Pine Snake - rarely see them, so it was a special treat.

Think they went back to brumation up here. Very brisk day with frost warnings for the next couple nights.

Good one Rookie. Had to look it up. Almost on a par with crepuscular.

In our nation
there’s brumation
as Covid culls we hibernate,
a viral guile
here for awhile
chills our reptile to aestivate