But they do go back. Its just like home or some other dirty place. Most of the junk is probably theirs anyway.

Penalty shoukd include a fine, but the teeth should be using their boat, on weekends, to remove all trash and transport it to a public landfill as a contractor. Meaning they have to pay to dump it.

I am thoroughly disgusted by this,. However, it is Thanksgiving, and to lighten the mood, please give a relaxed listen to Arlo Guthrie’s Alice’s Restaurant.

I agree that when it is a continuing problem, crying has to give way to putting on the war paint. The trashbutts do their damage everywhere.

My husband and I live in an area where this kind of dumping goes on all year, both on private property and on public areas. There are so many piles of animal bones left around; these are the result of poachers, cheapskates who won’t pay the landfill fee for dumping there, lazyskates who don’t want to drive any farther than just away from their own land and that of immediate neighbors, and once in a while an actual normal wildlife death.

Someone dumped what looked like a freezer’s load of raw meats: a whole chicken, a pork roast, hot dogs. On a hot summer day. Another time someone tossed out at least a dozen grapefruit.

Someone was repeatedly dumping bags of dead skunk or their guts both along the road and inside our property. I saw that they had trespassed and tried to scrape over their bootprints, among other clues. I suspected a particular “clan” that has properties about two miles away. After the first two years of our living here and my letting the main suspect know we didn’t like what was going on, it stopped for a while. This year it happened again, with their signature method. We put on the war paint and decided no more being nice about it. That’s all I’m gonna say here.

Most of the trashing happens along public roads, but there has been enough trespassing and big dumping in the past INSIDE our property that not only do we wear the war paint, we have taken other steps to try to prevent more of the same. All are legal steps, but again that is all I will say here.

We often pick up “beverage” containers and broken glass along the road. Sometimes the crap is inside our land, deliberately thrown there. Many neighbors have such “decorations” lying among the bushes in or along their properties. Some clean it up—not nearly enough of them.

Huge kudos to the guy who was prepared enough to document the jet ski and boat numbers and contact authorities. Kudos also to the clean-use, no-trace boaters keeping watch there and elsewhere.

Florida is a “free” state. This apparently means that the people can dump trash where they want. The state also has the worst record for pedestrian deaths among all states in the nation. But, hey, at least they are “free.”

Actually New Mexico holds that record. But Florida does come in second.

10 Most Dangerous States for Pedestrians (2022 Study)

Did you know that New Mexico has 3.96 pedestrian deaths per capita? Learn more about what this means with our list of the most dangerous states for pedestrians.

Be thankful. Only the dead are free.

Because it has so many old drivers who shouldn’t be driving or walking.

Hey! I can’t walk, I can’t see, but thanks to Florida, I can still drive!

They’re everywhere, FL just has many more as people fleeing NY and other places. Warm cheaper cost of living.

As a South Florida native, I have to say that Miami has its own brand of self entitled jackass. This unfortunately happens all of the time.

Guessing there are relatively few people doing the majority of trashing over there. In the Tampa/Pinellas areas we see limited problems. Our club does occasional trash pickups on the spoils islands and will do cleanup on any place we land (leave it better than we find it). Except for more garbage in the Hillsborough running through Tampa I’m surprised we don’t see more. I’d like to assume the garbage we do find is flotsam not intentionally tossed.

Biggest fish yet I’ve pulled in from the canal. 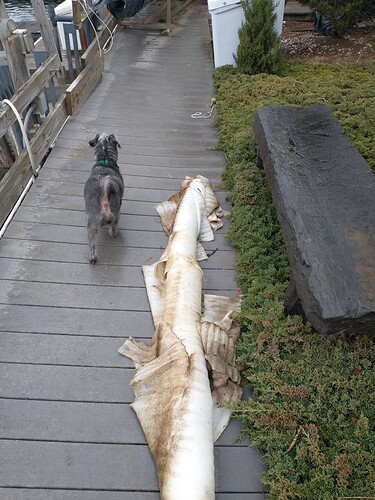 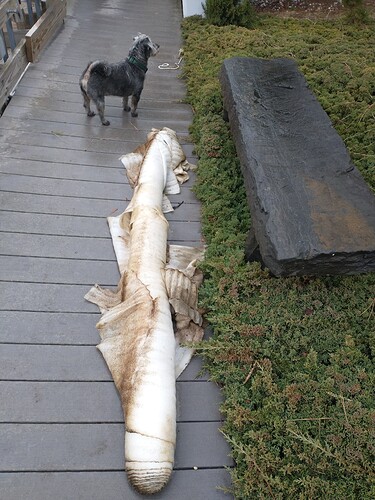 I grew up on the Chesapeake and lived on the Patuxent in St Marys County for a long time. Your big offenders were of course power boaters. Beer cans, Plastic six pak rings, glass and plastic bottles Styrofoam, plastic bags just tossed overboard. The Patapsco around Baltimore was horrible back then too. Never even heard of a river cleanup until I moved to Texas.