We paddle primarily on rivers in the Chicago suburbs. No real rapids to speak of, other than a 1200-foot rapids course that bypasses a dam on one of the rivers. (The course is not given an offical class rating.) We primarily do day trips (10-20 miles), though I’d love to try some overnight trips, if I can convince my camping-averse wife.

We like our Daggers for their reasonable maneuverability, and the adjustable drop skeg is a nice feature. (We pull up our skegs for faster currents and tighter bends, and drop them for tracking the rest of the time.)

For our future boats, we’d like to step up to something lighter, narrower (the Daggers are 28" wide), but still with good maneuverability. We’d still like to have skegs for wider dynamic range in boat handling.

I’m having trouble finding good comprehensive resources on what’s available. Outfitters only list the brands they carry, and of course the COVID shutdown is making it tough to just wander into a shop and chat with staff.

I am intrigued by the Eddyline Sitka (formerly Samba) models. They look like they’re in the approximate ballpark of what we’re targeting. Does anyone have experience with these boats? What other manufacturers have similar options?

Thanks in advance for any insights you can provide.

The user Rookie who posts here frequently has an Eddyline Samba. If she doesn’t come along make a post with that boat in the title.

Take a look at the Dagger Stratos in 12.5 or 14.4 lengths. Also the discontinued Dagger Alchemy if you can find a couple used.

Thanks for the tip. I edited the post title to include the Eddyline.

Does Dagger make any boats in thermoformed ABS, or only rotomolded? The Stratos looks like a great boat, but I’d love to find something closer to 45lb or under. I realize that pushes us into more expensive options, and we’re OK with that.

We will likely stay away from fiberglas or CF boats, though, due to the occasional shallow scraping in the rivers we paddle.

If you are concerned about a fiberglass or CF kayak getting scrapes, why would you consider buying a thin skinned thermoform? Sounds like your normal paddling location calls for a plastic kayak. That’s why we need multiple kayaks.

@Krajnik
Still have my Samba. Fun boat. Great fitting cockpit, but I’d ditch the back rest and have a back band installed instead. That’s easily done. Has the SeaDog foot braces which are easy to adjust, even while on the water. Full deck and perimeter lines and the hatch covers are attached with strong line. The sliding seat is a nice option as you can fine tune your placement in the cockpit.

Have had no issues with the skeg, but I always wash my boats after use and thoroughly rinse out the skeg box. Having had my Fathom skeg jam once on Lake Michigan because a pebble was stuck inside the box, I’ve drilled a hole in the skeg of each of my boats and attached a short knotted string as an insurance policy.

I’ve paddled the Samba on Lake Michigan, large inland lakes, as well as rivers. While I also have a CD Prana and Eddyline Fathom LV, the Samba is my choice for rivers because it’s so easy to make it literally “dance.” At 43# it’s easy to move around and thermoform is pretty tough material.

I know there are Eddyline dealers in the Chicago area, so hope you can arrange a demo.

I’m not so worried about scratching the boat, per se. I view scratches as part of the territory. I’m more concerned with durability from contacting rocks, and it was my understanding that thermoform plastic is still more durable in that regard than a composite layup. Is that not the case?

Thanks, @Rookie. It’s nice to hear from someone who actually owns one, and has used it for an extened period of time. It really sounds like a fantastic boat.

Any other suggestions of similar boats to check out?

Another somewhat similar option is the Hurricane Sojourn. I know three people who have the Tampico which was (I think) the earlier version. all three have had them for over 10 years and like them. In general, I would think that the Thermoformed hulls are more fragile than composite hulls but that depends much on the layup. A lot of serious expeditions have used fiberglass composite hulls.

It’s not lighter (~55 lbs) but I’m having a good time getting to know my new Delphin. With the skeg up it turns fast but I can keep it more or less tracking with some edging & a little paddle encouragement even with the skeg up.

I have not seen one used around rocks. Hard to imagine that a hardshell thermoform impacting sharp edges is a good thing. I’ve seen their cockpit rims and seat attachments break when doing rescues.

I was under the impression that the Eddyline “carbonlite” construction was pretty durable… Again, I’m not talking rapids, here. More common is scraping along a gravel riverbed when the water levels are low.

That being said, it appears that I had the wrong impression regarding the durability of thermoform vs. composite hulls.

No suggestions as in my case, I went from the Samba to the Fathom LV and then to the kevlar CD Prana which had been a demo boat. I’ve demoed other sea kayaks, but won’t buy a boat that weighs 50# or over.

As to the durability issue, I’ve run the Samba into a few trees on the river and the Fathom into rocks on Lakes Michigan and Superior without issues or damage, except for one small gouge on the Fathom hull. I am familiar with the Hurricane boats as they’re sold locally. Their thermoform is thinner and has more flex than Eddyline’s.

I’m more concerned about hitting rocks with the kevlar boat as I had to deal with gelcoat cracks that were present when I bought the boat. Repairing thermoform is easy and inexpensive.

On the composite layup and toughness, my boats are fiberglass with gel coat over them. The primary two that go to Maine include one with a lighter layup of same except for more kevlar replacing some fiberglass, another that used to go to Maine annually has a first-year experimental version of that lighter layup.

I don’t baby my boats. All have found rocks on Maine. One of the above got dropped on a cement ramp when it, or I, slipped and I had to replace a chunk of gelcoat down to the fiberglass. I have tenacious tape protecting an area on a couple and Spider Crack stuff somewhere on all three of the boats that have come to Maine. One got dropped halfway up to the roof, happily on dirt.

While they will never win beauty prizes for looks, all three remain rock solid on the water.

My wife is 5’3" & 135 lbs and loves her Eddyline Sitka ST. It fits her very well and she finds it light, easy to maneuver and fast. I’m 5’7" & 160. For me, the ST is too tight. I got the Sitka LT and that fits well. It is a bit heavier and wider than the ST, but still easy to maneuver. For flat lakes and slow rivers, I believe these are excellent and very comfortable boats. The skegs work well and definitely help in wind or current. They also have a decent amount of storage for extended trips.

Good luck with your shopping.

Thanks for the feedback. If we go with Eddyline boats (which looks more and more likely as I read reviews), I suspect that my wife will end up in the ST, and I’ll be in the LT.

We probably won’t pull the trigger until next spring, but I’m hoping to get demos some time this summer so we can lock in on our target boats.

I made a trip to demo both boats (Sitka ST and LT) today. Wow! Amazing craftsmanship, and exactly what we’re looking for in an upgrade. Easy to track straight even when the the skeg is up, and really agile when edging. I’ll definitely have to get used the more lively, narrower boat, but it felt really good overall.

I only spent about 15-20 minutes in each boat, and while I fit in the ST, I’m leaning towards the LT, as it allows me to have my legs bent a bit more when braced under the thigh pads. I have notoriously tight lower back and hamstrings, and I suspect I’ll find that more comfortable for longer sessions on the water. Seat fit felt good, and with a bit of extra foam to shim out the hip pads, I suspect I can fine-tune it to a fantastic fit.

Any reasons I should opt for the smaller cockpit for myself?

Go for the one you felt fit better and was more comfortable. Keep in mind the hip pads should not fit tightly; you want enough room to allow hip rotation. And yes, it’s a very agile and responsive kayak. Glad you had fun. 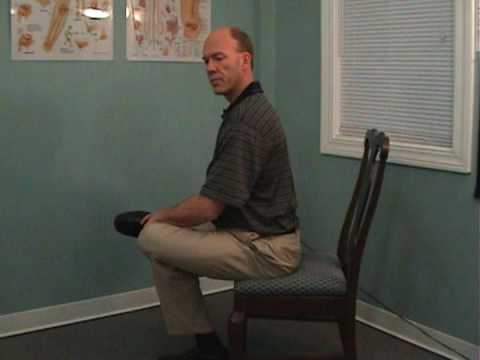 Yep, I’m familiar with that stretch. The one good thing about COVID is that I’m working from home, and have had time to hit the home gym consistently and get back into a P90X3 routine. (It’s amazing what you have time for when you don’t have to spend an hour and a half on the road every day!) Lots of great yoga and mobility stretching in those workouts, so my flexibility is better than it’s been in years.

Of course, also due to COVID, my company has us on reduced salaries, so the budget is a bit tight to pull the trigger on 2 new boats right now… Ah well, First World problems, right? We’re just thankful that we’re both still employed.

Other than the obvious difference between the ST and LT (e.g., the ST is 4 to 7 pounds lighter and thus easier to throw on top of a car or carry down to the water), I think the ST might be just a touch faster as it is narrower, but I don’t think it is a huge difference.

For me, I just found the LT offered me more alternatives for moving and stretching my feet and legs during longer paddles. Also, the LT cockpit is a bit larger and thus easier for ingress and egress.

As Rookie said, you are best off choosing the boat that feels most comfortable as you will want to spend more time in it.