Hello all! It’s been a few years since I posted and boy, have my thoughts, feelings, views and even skills, (somewhat), changed since I was asking advice on an Eddyline kayak purchase. I really do like the Fathom that I chose and I know it’s a boat that I can still grow in, but I want a new kayak! I used to wonder why people would acquire multiple kayaks when you only really can use 1 at any time. I’m not exactly in a position to “collect” kayaks like some folks, but I do see the desire and so forth.
Cutting to the chase, I’ve owned and paddled several types of kayaks that ultimately led to the purchase of my Fathom in 2015. It was, at the time, a step up from a W.S Tsunami and Cape Horn, and Necky Zoars before that. I’ve done several test paddles and for several reasons I’ve settled on a Valley boat. I like the fit, feel, lines and lay-up of the Valley RM kayaks but I’m a little on the fence between 2 models. The Etain or the Sirona. I’ve read everyth8ng I can find and watched tons of videos and I’m aware of the more obvious differences in these boats and why folks like them. Even though I feel as though the Sirona would be fine for the type of paddling I do, ( Florida springs, rivers, some off-shore but not long trips or really big water). I’d love to join some longer adventures in the future. If I chose the Sirona, would the only thing I’d be lacking is storage for larger expeditions? I fell in love with the etain, but what reason/s would one have. In picking the etain over the Sirona? Sorry for the long winded post, but there is always such great advice and info in the cumulative experience of paddlers on this site! Thank you!!

My wife picked the Etain cause it felt the nicest. It capsized when she got in it. It also paddled well, think smooth with ease.

if possible, paddle them.

The Sirona should be a bit ore playful and perhaps a touch less speedy. Etain would pack more into it, but a 16 foot boat like Sirona wouldn’t be called small. You could easily do a few days or maybe even a week out of it, if you leave the kitchen sink home.

I personally would get the boat that matches the majority of the paddling I do, and then rent, borrow, or buy a second boat to meet the lesser needs (in your case, the longer trips).

I guess the same could be said for getting a second boat that complements your Fathom, assuming you are able to keep 2 boats (and I would put the Sirona as more like the Fathom, so then maybe get the Etain as the second boat).

You want to here something strange about Valley and what THEY show on there website for hatch volumes. They show the Sirona holds MORE. Yes they do. I think its wrong but not sure. Go to there home page and click on Options at the top. get a pull down menu click Compare. They list hatch volumes and cockpit volume. IF and thats a BIG IF this info is correct the Sirona HOLDS more. The 16-4 biggest version says Front hatch 65 the day hatch 41 and the rear hatch 87 for 193 liters. Now the Etain the 17-7 biggest say front hatch 72 day 39 and rear 76 for a total of 187 liters. I cant figure that is correct. I contacted Valley a year ago they said they would look into that and never contacted me again.

The Sirona being a wider boat might have something to do with the volumes. My concern is that they say it’s reminiscent of the Pintail. Wonder if you have ever paddled a Pintail?

I don’t subscribe at all to “The main reason to go from 16’ 1” to 17’ 5" or 17’ 7" would be storage volume." Actually, I have never bought a sea kayak with storage volume in mind - although I have let it come into play when choosing one over another for camping. But I mostly paddle everything unloaded.
I think on Saturday I was doing what I largely consider to be the best reason to own a sea kayak. I happened to be paddling my P&H Bahiya, 17’ 6" x 20.5". Friday night we walked on the beach, and there were some surfers riding some respectable surf coming from the southeast. The weather was supposed to switch to strong from the northeast, and when I first got up early Saturday morning and turned on NOAA coastal waters weather, they were forecasting NE winds 20 to 25 knots gusting to 30. So when I went out later for a solo paddle, I figured I wouldn’t belong in the ocean. When I paddled my way through the ICW, and arrived at Masonboro Inlet, the wind had already calmed down quite a bit and was coming more out of the east - pretty much directly onshore. So things were pretty stirred up, and very close period. But as I stood there watching for a while, there was a pretty good gap between the bigger sets, and so it was just the steady 3 to 4’ short period stuff that I’d have to get through if I timed it right. So I launched from the beach through the surf, and just set out to get my sea legs, and figured then I could decide whether I wanted to continue, or turn around and go back the way I came. It was only 2 miles to the beach landing with a somewhat convenient distance for me to carry back across to the sound side and paddle back to my car. The seas were pretty confused, short period, and I was just focused on a relaxed forward stroke, and tuning in that feel of the Bahiya under me. By the time I got to feeling nicely tuned into the seas, I looked back, looked forward, looked back…I was already half way there, and I was going against the predominant wave direction coming from the northeast. It seemed like I was doing nearly as much up and down as forward, but I looked to the shoreline, and I was still cruising along almost like I was on flatwater.
For myself, the best of a sea kayak is rarely about turning. I always think the reason maneuvering a sea kayak elegantly is such a beautiful skill, is because of what a good sea kayak, I think, should be designed to do. Travel through rough water. If you’ve ever looked at the hull of a Bahiya, for most it’s a curious head-scratcher. It’s not a racing hull. It’s not a park and play hull. But the bow always lands quietly, and the concave curvature into fine ends, widening only into a pretty narrow hull, they keep you holding your line with minimal directional control. What it was is a rewarding hull to be paddling on Saturday.

My point is that different hull designs hold different rewards, and I don’t think this decision should be all that much about payload. I enjoyed the Bahiya on Saturday, not because I was carrying any load, not because I was trying to hold any race pace, but because it was probably designed by someone with efficient rougher open-water traveling as the priority, and someone who was probably pretty skilled at doing it. I have kayaks with high volume bows and playfulness as a priority. They just don’t slice through waves, while holding such a nice line, all while maintaining that same efficiency about them in these situations. The Bahiya definitely has personality. But every sea kayak has a personality. So I think it’s more about finding personalities that offer something that make your heart and soul feel alive, or at peace, or whatever it might be that you’re seeking. As is the case often for me, it was the way that kayak was slipping through those waves, not the launching or landing or turning that really spoke to me on Saturday. And to suggest that the reason for a longer or shorter kayak would primarily be payload considerations always seems off the mark to me. That could be true for you, or it could be false. It’s so often more about what the particular paddler makes of different kayaks.

Whatever you decide upon, enjoy it. Valley has always had some of the most well-respected sea kayaks on the water.

@Peter-CA @CapeFear @Greyak
Thanks for the advice! I have given serious thought on the Valley Etain possibly “complementing” my Fathom. Of coarse, that’s also thinking that the Sirona and the Fathom have many similarities, though I must admit, the Sirona is definitely more playful and maneuverable to me than my Fathom. I think I’ve read that the Sirona was comparable to the Avocet more so than a pintail, but I’ve not paddled either of those. I do see the similarities though. Honestly, I feel good in the Sirona and the Etain. I really like both, but I’m thinking the Fathom does fit the majority of the paddling I do but I’d replace it with the Sirona if I had the chance! But if I’m keeping it for now and adding a second, I do like “Capefear’s” thoughts on not worrying about payload and just paddling what I like. I guess I’m just trying to figure out what it is that I’d be missing if I got the Etain over the Sirona and vice versa. I’m not really worried about length as it’s only a small difference, but their profiles are certainly different and I just need to figure out how they fit me since I’m happy with my fit in both.

I have never paddled the sirona but Valley did drop the Avocet when the sirona came out. I don’t know if that was meant to replace it or not but seems logical in that assumption.

Before you make up your mind, I would urge you to paddle a Nordkapp–the Forti if possible. If you have already done that, then I guess you know what you want. For me, the Etain would be my second choice if it had to be a Valley.

@dc9mm said:
I have never paddled the sirona but Valley did drop the Avocet when the sirona came out. I don’t know if that was meant to replace it or not but seems logical in that assumption.

You’re correct about that; per Valley, the Sirona is the replacement for the Avocet. I’ve paddled both the Avocet LV and the Sirona LV. Of the two, the Sirona was a better fit but the placement of the thigh pads felt wonky. Passed it up because of the $4,000 price tag and my preference for hard chines. 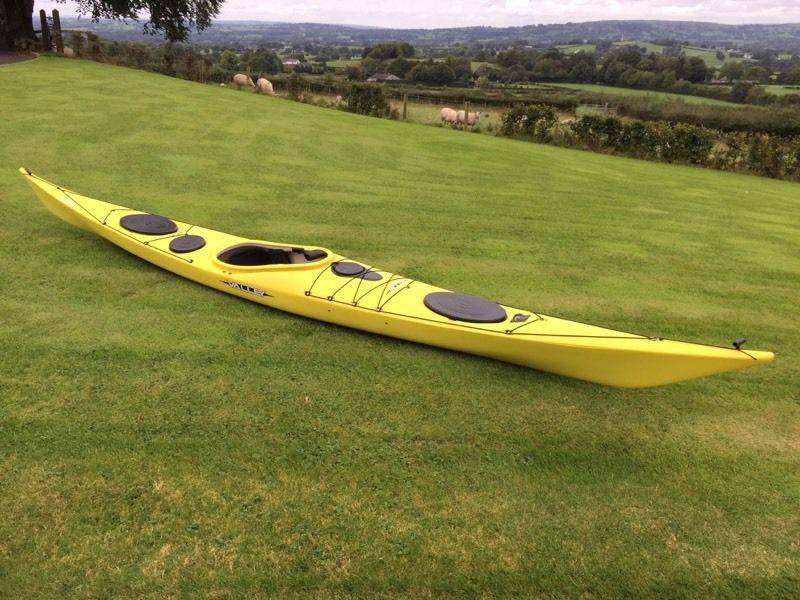 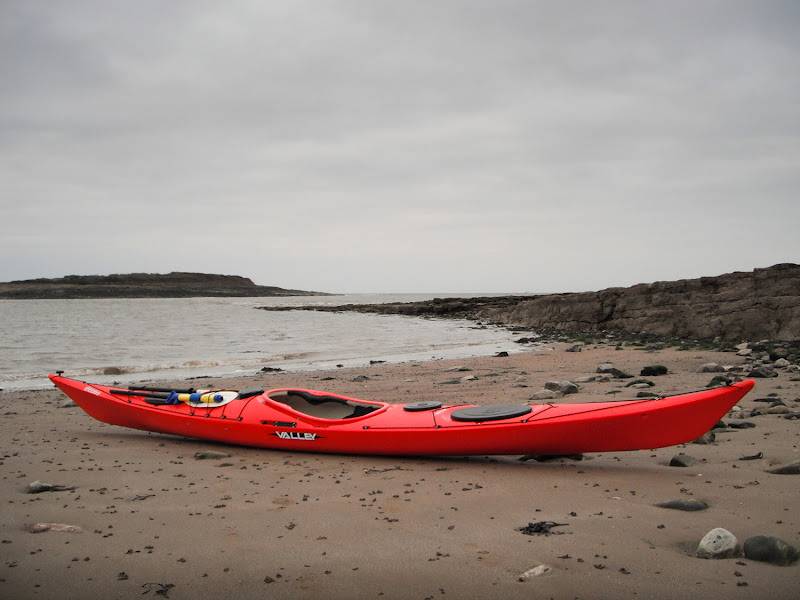 800×600 42 KB
My time in the Etain RM was certainly short, but I was able to get a feel for it and confident I’d be good for a longer paddle. Even though the Etain,(especially compared to the Sirona), is designed for better tracking and speed, I was a bit surprised but pleased to see the profile of the Etain in some pics online that show it sitting on a solid surface. It has a good bit more rocker than one might think as compared to looking at the common “generic” shots such as the ones on Valley’s or other sites selling new kayaks. I guess the actual profile wasn’t as evident to me when the kayak is on the water (obviously) or even sitting in the grass or loaded on a rack. Anyway…just a novice observation, but certainly lends some truth to the playfulness of this kayak, even compared to my Fathom. I feel like I’m just trying to make my own argument as to why I should get the Etain!
Rookie April 9, 2018, 3:54pm #12

Pick the one with least regret.

@castoff said:
Pick the one with least regret.

Isn’t regret an after action condition?