My experience with the S5 was very positive. My phone had already been through hell. It had been run over in a busy intersection after sliding off the roof of my car, dropped several times and just last fall, the biggest test it had been through after two years of owning it. I had walked down creek about neck high to reach a cave on the opposite side, forgetting my phone was in my pocket the whole time. It had been submerged for about 10 minutes and the phone was still on and working just fine when I pulled it out of my pocket.

Now, I have just bought a refurbished Galaxy S7 Active. It’s not a factory refurb but it’s a highly rated seller from Amazon. I knew that being a refurb , it had been taken apart and that could mess with the watertight seal. I had planned on getting a waterproof case for that extra bit of protection to curb the possibility of leakage, but after a quick search I can’t find one case for the active that’s waterproof. I’m assuming because it’s already water resistant and there isn’t much of a market for this.

That being said, how far would you all trust a refurbished phone that is originally water resistant? What steps do you take to keep your phone dry, besides the obvious waterproof box? I love to snap pictures, snapchats, log routes into Map apps, so having just a camera usually isn’t the same experience.

Water resistant means rain won’t bother it. It does not mean submersion for any length of time will be ok for your phone.
I use an Aquapac that is large enough for my phone. It is a dry bag. It is not a box

I believe Samsung only advertises it as water resistant, but it does have an IP68 rating which means it can be submerged 1.5 meters for up to 30 minutes according to the rating. I generally don’t want to test this, but I love that it’s there in case I do drop it in say the toilet or overboard for a few seconds.

Having it in a dry bag or box is generally a bit inconvenient when you want to pop it out for a quick picture, it’s hard to catch something in the moment. For kayaking in my S5 I had a waterproof case and a floaty and never had issues, and always able to grab the phone at a moments notice. Pretty bummed there is nothing like this for the S7 active.

I can take pictures through the Aquapac…

Put it in a Ziploc baggy.

@kayamedic said:
I can take pictures through the Aquapac…

I didn’t realize when I looked it up it was clear on the other side so you can take pics. Do you notice any quality loss snapping a pic inside the bag?

Ah’ gots mine at Amazon fer $49.99. So far so good except… the door on de charging port keeps falling off (a known and common defect) . They will replace.

Ah’ gots mine at Amazon fer $49.99. So far so good except… the door on de charging port keeps falling off (a known and common defect) . They will replace.

That’s exactly what I was going to buy, but that doesn’t fit the active models. They don’t make a lifeproof case for the active model. I would have just went with the basic S7 had I known there aren’t any cases available.

I usually put my phone in a waterproof padded cell phone case. I put the phone in there and place in a pocket on my pfd. It has gone swimming several times with no water intrusion. I replace it on condition…maybe once a year or two.
https://www.westmarine.com/buy/seattle-sports--e-merse-large-dry-padded-cell-phone-case-yellow--14384671?recordNum=3

I used to get the life proof boxes for the phone… But the sound qualities when making phone calls really sucked.

For pictures I use a water proof camera that has one on off button and boots faster than the phone. It resides in the other pocket with a lanyard to a clip and dering on the PFD. That way I can drop it and go about paddling or tending to the boat.

I got the camera “free” with rebates from a charge card.

@kayamedic said:
I can take pictures through the Aquapac…

I didn’t realize when I looked it up it was clear on the other side so you can take pics. Do you notice any quality loss snapping a pic inside the bag?
I might have low expectations for my phone. I take it when i dont want to risk my more expensive DSLR cause the risk vs reward is not there.
I once had a Lifeproof. Sure its waterproof but if you have to use it for an actual phone you cant hear anyone and no one can hear you. You can keep taking it out but that defeats the purpose of the Lifeproof as its not designed for repeated take aparts.

I use a Nikon coolpix waterproof to 59 feet, 16 megapixel, and 5X optical zoom. It is quick for taking photos, and I attach it to my vest. Easy to crop shots and still have decent quality. My phone is turned off and put in a small dry box. 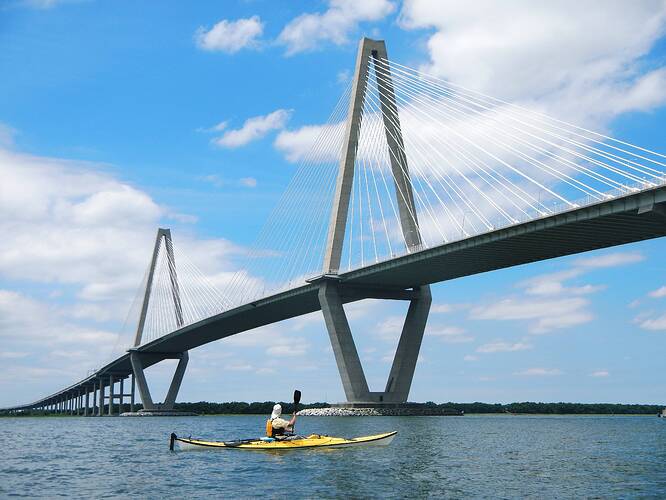 I use a Nikon coolpix waterproof to 59 feet, 16 megapixel, and 5X optical zoom. I attach it to my PFD and it is quick to use. I turn the phone off and put it in a small drybox. This photo was cropped and still kept decent sharpness considering it was taken on the water from the kayak. 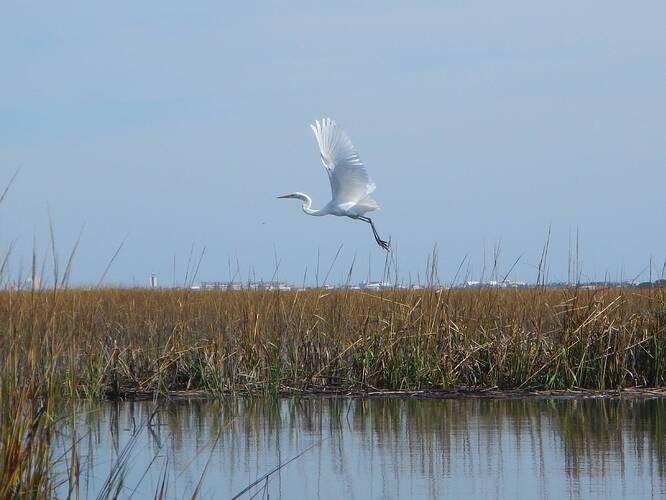 I never had much luck taking pictures through the Aquapac bag with my previous phone. It worked some of the time, but despite my best efforts I was always fighting condensation inside the bag.

There was a thread a few months ago where I commented on my solution to the problem of hydrophobic phones.

Paraphrasing myself from the linked thread below: “I’ve always just put it (tethered) in the pocket of my PFD. No case, no bag, no hassles.”

It was purchased “refurbished” as well.

I use an iPhone 6 in a Lifeproof case. It is waterproof and rated at 2 meters submersion for an hour. It seems to work just fine.

If I bring a DSLR along it goes in an Aquapac case.

Samsung Active phones rated fir 3 feet up to i think an hour http://www.youtube.com/watch?v=E9J611BuXhw Since its rated for that maybe just a zip lock freezer bag that has double zips. Regular Ziploc’s leak but the freezer ones with the double zip passed my water proof test for over night no water leaked in while submerged. I think any case would be over kill for a water proof rated phone. I don’t have one but was thinking about getting one soon.

I’ve been a life proof case user for just over a year. It did seem to be waterproof. I have taken pictures with the phone and held conversations on the phone, when the phone is in the case and kept in a phone pouch–I went for the double WP treatment, not trusting either to really work. While far from perfect, it worked.

Some posters report poor sound quality during phone conversations, and I have not found that to be an issue at all. I think Waterbearer and I were fooling around with the phones one day and both called each other from iPhones that were in lifeproof cases and phone pouches. We had a conversation that was just fine and neither one of us hears that well. Perhaps the Lifeproof case we have is different from what other posters are complaining about–maybe a later model?

My issue with the lifeproof case was that the case made the touch ID difficult to use. I recently ripped the material on the Lifeproof case that covers the ringer off-on switch. The poor performance on touch ID so irritates me that I am almost happy I now will be shopping for a new case. I doubt it will be a lifeproof, but take my word for it, conversation and pictures work fine through the Lifeproof.

@hedlight said:
I love to snap pictures, snapchats, log routes into Map apps, so having just a camera usually isn’t the same experience.

I fall in the group that leaves the phone behind, unless I’m the leader and no one else in the group has one, and that doesn’t happen very often. I have to admit that I like having folks like you along - especially on trips where you need a GPS to figure out where you are and find campsites, but sometimes those folk seem to end up spending more time looking at the phone than enjoying the trip. I do bring a waterproof camera and snap lots of pictures. To each his own.

When I do bring a phone it it in a small dry bag inside my larger dry bag. Fortunately, I’ve never had to dig it out. It would be nice to have a truly waterproof camera and not have to worry about it.