I would think so but I haven’t found anything yet indicating they were. All I see (in Google searches and so on) in terms of native open-decked watercraft is single blade canoe style boats.

My understanding on history of kayaks and canoes:

In general, small, low volume boats made of skin on frame using something similar to what we call Greenland paddles were used in Greenland areas as hunting boats.

On the west coast (probably focused on Aleutians), a larger volume skin on frame boat using something similar to what we call Aleut paddles was used for transportation, and this may be closest to packboat at least in function. There is a great clip from the Nanook of the North movie showing the boats being used to carry a lot… Nanook of the North kayak scene - YouTube

In the middle of the country for lakes and rivers, canoes were used.

For coastal southern west coast, it was often reed boats for transport and fishing. Or large canoes, especially in northwest where large trees were available.

I don’t know what was used for coastal east coast.

Yes, something like that if the original paddler used a double-bladed paddle. That looks like kind of an intermediate form…almost a kayak with the partially-decked top.

So, I don’t the know the specifics and context for that kayak/canoe, except that Harvey Golden endeavors to replicate what were found/used in an indigenous context. So, there may be a section of his book or research that discuss the paddle associated.

So this may be a relevant research article:

I spotted this book when I was at the Museum of Anthropology at British Columbia University in Vancouver – a bit pricey so I did not buy it (still hard to find a copy under $40). But you can see per the illustrations on the cover that there were apparently shorter open boats propelled with double-ended paddles in Northern Eurasia (which was the origin area of the peoples who eventually populated the New World Arctic zones.

Factors in double ended paddles being a practical propulsion option include low gunwales and reasonably narrow beam. Thus most open deck umiaks (“women’s boats” as they are called in North American indigenous groups, though both those and open deck baidarkas are used for cargo transport by everyone) tend to be too high volume for Greenland style paddles, though the longer Aleutian style could be adaptable.

I did find a site that has a “preview” of most of the pages of the book (link below the book link). Looked interesting enough that I bit the bullet and just ordered a copy of the book. Guess that will be my Christmas present to myself this year!

The Bark Canoes and Skin Boats of Northern Eurasia

The fact that I hate to spend money and my library has started charging fees for intra-library loans doesn’t help.

I have kept checking on this book since I first spotted it in 2009 hoping it would be re-issued in paperback (as it’s companion book on North American skinboats has been) and the price would come down – Smithsonian has the publishing rights and they have not done that yet. Even the Ebook is over $30! (and I am too much of a Luddite to enjoy electronic books.)

But no dice on a lower price – should have bought it back in Vancouver when it was only $35 Canadian ($30 US at the time.) Oh, well. Bought it anyway (nearly $50 with tax and postage). At my age I might as well use up my money – got nobody who needs to inherit any of it…

Another book on a similar subject is:

Forget where I first heard about it. Have not read it as of yet.

The term pacboat is a fairly recent name. It came about in the 1920s when canoes became recreational,

Before that boats were used by trappers and fishers. They piled their wares in the bottom of the boat and sat on them. If the boat was empty they sat on the floor, because no seats were put into canoes then.

Types of boats were dependent on the area. In Florida most canoes were for four to ten people. Medicine men and religious types were paddled around by others, they didn’t paddle themselves.

There was an occasional single person boat, but not many. No evidence of a double bladed paddle has been found here. I think the Aluet were the only to use them, because they were the only people that used kayaks.

Pack Canoes have been a regional Adirondack thing since about 1880. Propelled by a double blade these small craft were used for bushwhacking to remote ponds for fishing ( the Adirondacks have thousands of these small ponds in addition to being liberally big laked) They were made of wood initially of course often of lapstrake construction.
So for some of us these are not new craft but they remained regional until about 20 years ago. Not aware of any Native use. The American Canoe Association was founded in NY State( Lake George) and the Assemblies were full of people using them The ACA was founded in 1880 to promote recreational canoe use (not 1920) I believe there are pictures of them in the book The Canoe by John Jennings.
I got to paddle a pack canoe ( thank you Geoff Burke) named Scherzo made in 1889 a few years back at Maine Canoe Symposium 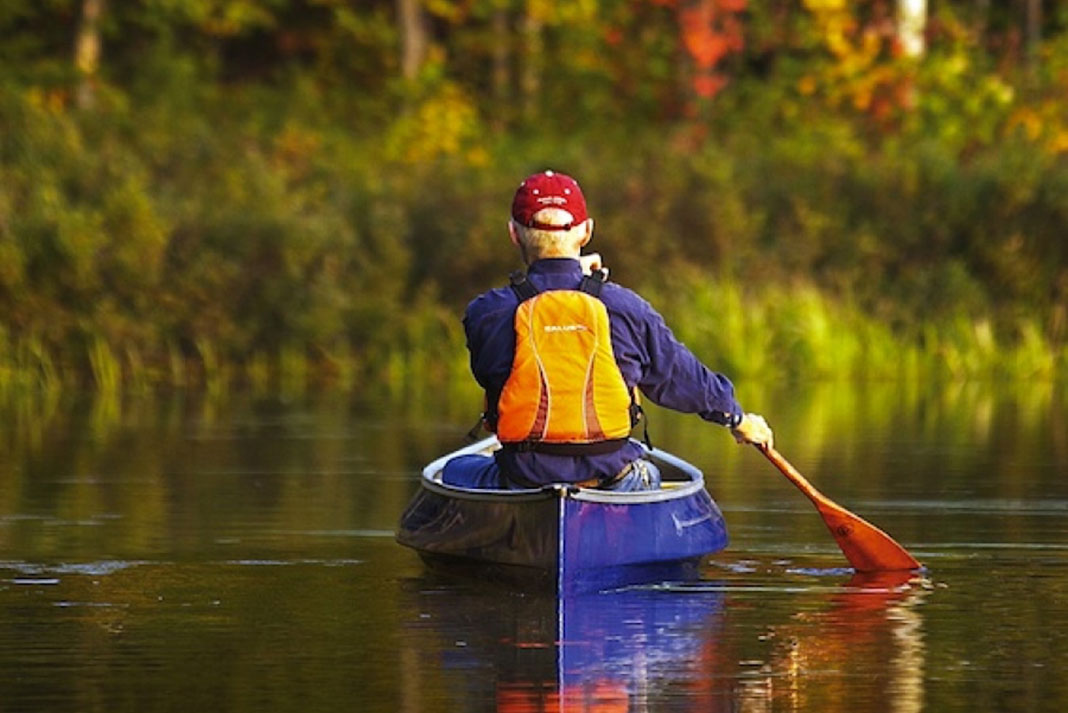 The Evolution Of The Pack Boat

as i have lived a majority of my life near the erie canal, i read this thread as PACKETBOAT