Looking to get a new paddle, but not sure which of these would be better? I typically do 5-10 miles in an outing. Speed isn’t of the utmost importance, but I don’t want to go too slow, either.

It’s not really a question of speed, it’s a question of what type of kayak you paddle, and what your paddling style is; high angle or low angle.

Take a look at Werner’s video… 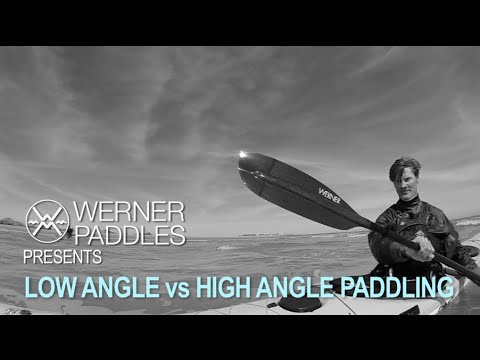 Thanks. I do tend to paddle at a higher angle, not vertical, but definitely higher than lower. I was thinking maybe the Kalliste would be better for longer trips because maybe it’d take less effort with each stroke? I’ve tried a friend’s Cyprus, and it didn’t seem to cause much fatigue (super light paddle).

I was thinking maybe the Kalliste would be better for longer trips because maybe it’d take less effort with each stroke?

I use a 205 Ikelos and have a 210 Cyprus on my deck. That makes me less than qualified to say what I am about to suggest, but if being kind to your body is the concern perhaps consider the Cyprus and a GP?

I’ve never paddled GP but respect the opinions of those who do.

I agree with you.

I’m 69, 6’0" and in decent shape but the years are starting to take their toll

If I’m going out in the wind and the waves I favor the Cyprus, but for a lazy paddle on calm-ish water the GP makes a nice change of pace.

Another vote for the Cyprus. When you’re choosing a size there’s no substitute for trying out a friend’s. But if you’re going by Werner’s online sizing charts, I’d strongly recommend erring more toward the Lendal chart, even if you’re not buying a Lendal paddle:

Especially if you’re a high-angle paddler. But, depends on boat size, etc.

I’d strongly recommend erring more toward the Lendal chart, even if you’re not buying a Lendal paddle

I agree. For my preferences Werner sizes at least one size too long.

Sounds like the Cyprus is the way to go. I’ve also been interested in a GP. Maybe I can find an inexpensive one to test out

GPs from reputable makers start off at around $200 but you can make one yourself from an 8’ length of 4x4 cedar.

There are lots of videos on the web showing you how to do it. This is probably one of the best…

Cool. I found someone online who makes them, so I got a decent wood one for $200. Pretty neat! I do like using it, but the forward-canted stroke definitely takes getting used to, and I’m much faster with my Werner Euro paddle. OTOH, the GP does take less effort to use, but I do have to up my cadence (unless I want to go sloooow). Not sure it’ll replace my Werner as a primary, but I do like using it.