Ok I am waiting for my drysuit to be replaced under kokatat warranty.

I have a nrs Farmer John. Water is 55* going for a group paddle this weekend. I know it’s supposed to be on skin to work best. I have to change in parking lot I am guess. Can I wear a thin layer under so I can change in lot without being arrested? I haven’t used it in 7 years I forgot what I did. I have kokatat Merino pants and shirt. Thanks

I will be wearing kokatat tropos pants on top of neo FJ and neo socks neo boots.

As long as the suit fits OK with your undergarments, it will work fine. If it improves the fit and reduces water movement through the suit, it will be warmer.

A little off topic, but related. I recently noticed our local Aldi’s store had marked down those quick-setup spring-loaded nylon hunting blinds (like a tall and narrow camo dome tent with a zip door) to $20 and considered getting one. They are only slightly under 5’ in height, but I think I and all but the tallest folks could stoop inside one for a privacy changing tent that would be handy to have at some launch site parking areas. If they still have them on my next stop I’ll pick one up.

If the wind don’t blow it away. 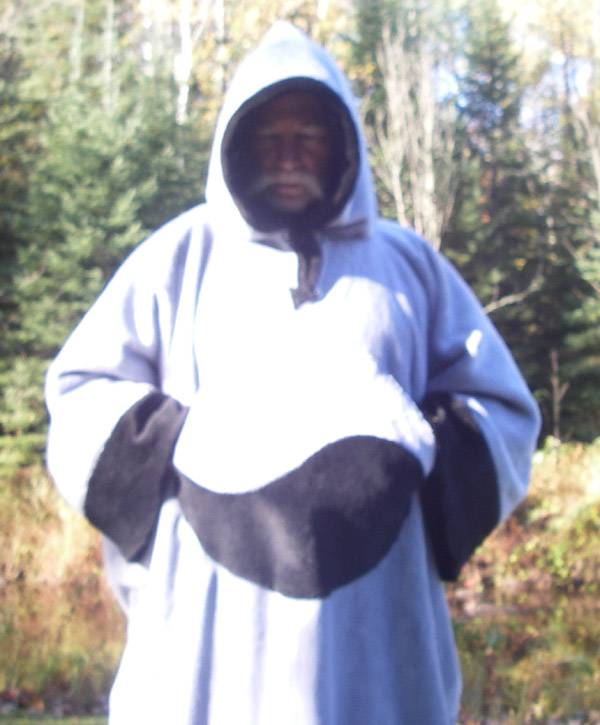 Wearing that robe will get you shot in some parts of the country.

Ditto the robe, keep it in the car, works great as a towel as well.

Or just bring a rain poncho. NOT the clear kind!

A wizard, but instead of a wand he uses a stick.

Wearing an FJ PLUS Tropos pants? Plus neo socks and boots? I would overheat in an outfit like that. You say that you are part of a group paddle - if the group has decent rescue skills, why not just wear the Tropos pants?

@acadia said:
Wearing an FJ PLUS Tropos pants? Plus neo socks and boots? I would overheat in an outfit like that. You say that you are part of a group paddle - if the group has decent rescue skills, why not just wear the Tropos pants?

Thin base layer and just Tropos I’d freeze. Tropos has zero insulation qualities. Group not as big as I though so far but other two are experienced. Good they are there but I am responsible for myself. I have to dress for immersion. Kokatat drysuit being warrantied arrives this Tuesday! Short portage also probably high 30’s F.

I always wear a pair of shorts and a wicking long sleeved underwear t-shirt under my wet suit. I don’t know how well it would work in the water, but it keeps me nice and warm for cold weather paddling.

A big beach towel works for the bottoms. My man-breasts aren’t big enough that showing them will offend or amuse anyone. Yet.

I used to go spelunking in my younger days – you’d come out of a cave with your coveralls caked with mud and crud and often soaking wet. Since most of the caves around here (PA and WV) were deep in the woods. it was often necessary to change to dry clothes right there, and always before getting back in the car you arrived in. Often I was the sole female on those trips.

I learned back then that trying to make a big deal out of modesty, struggling under towels or ponchos or trying to hide behind bushes, just prolonged the operation and tended to attract more attention. My modus operandi was just to strip down to my skivvies or the buff quickly and whip on my clean clothes with as little fanfare as possible. I once engaged a guy in a deep conversation about the geology of the cave we had just explored and performed my quick change while we were talking, never breaking eye contact. Not long after I was fully dressed he suddenly paused, looked kind of surprised and said “were you just naked and I missed it?” “Yup” said I.