What glue for float bag tube? 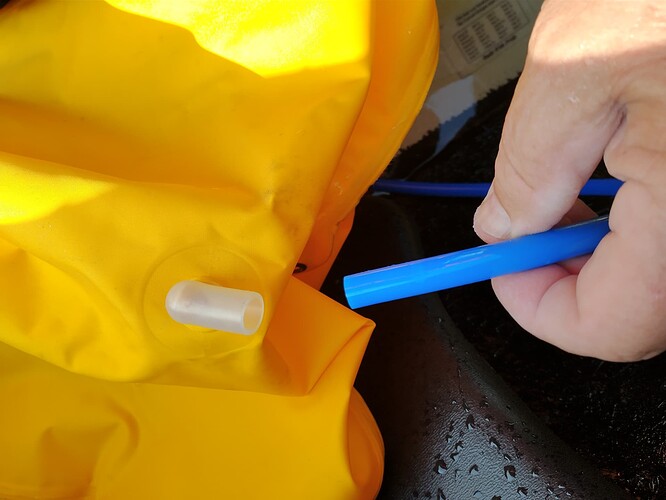 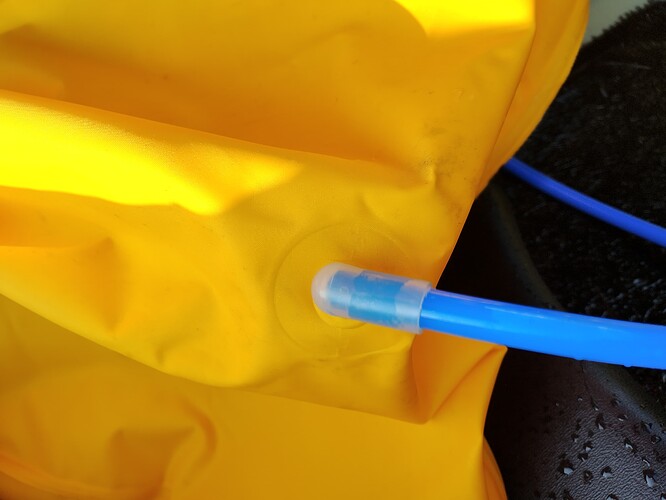 Tube popped out how can I secure it again. I guess it’s all poly? Glue it back with what? Thank you!

Don’t see anything that looks like it was ever glued even on my other float bags.

Edit: Sanded inside and out and used Krazy glue. Solid now!

I have used vinyl adhesives like HH-66 with good results.

You already fixed it, but regular vinyl adhesive (like in the cheap Coghlan’s air mattress repair kits that most sporting goods stores and even hardware stores sell) works fine on those small repairs.

Since I have used folding kayaks for years I always had vinyl glues in my repair kits. But I have a whole can of H-66 now for making new float bags and sponsons. Chemically the same as the other vinyl glues. I would not recommend JB Weld, though.

Squeezed and pulled it this morning. Not coming out again seems solid. Krazy glue which I had.

JB Plastic weld would probably work too not JB Weld.

Yeah, but the putty is a dimensional product, like a solid goop (I have used it). In this case you are wanting to bond two snugly matched tubes together – you want a thin liquid solvent that will chemically “melt” the two pieces as one, not a putty product that has its own mass and density. Though JB says it is OK for vinyl it is specific for “semi-flexible”. Vinyl as used in inflation bags and for the tubing is flexible. A layer, even a thin one, of a putty product could eventually deform and crack with repeated flexing, which would be probable at the site of a float bag inflation tube.

When using vinyl adhesives to bond pieces of vinyl top-off valves back together you can’t allow the adhesive to air and dry as much as you otherwise might. If the adhesive dries too much you will get an immediate tack bond that will prevent you from pushing the pieces fully together.