What is the best adhesive for vinyl patch (d-ring) attachment to cross-link polyethylene?

I’ve got an Old Town cross-link polyethylene canoe. I want to glue some vinyl patches with d-rings to the interior of the boat, for gear tie-downs. I have the d-ring patches. The adhesive that was sent with them is Shore adhesive. Is Shore adhesive a good glue to solidly adhere the vinyl patches to cross-link polyethylene? If not, what is better? What is best?

I have bonded D ring patches to polyethylene using West System G Flex epoxy but the polyethylene hull surface must be well prepared first. This involves cleaning, sanding with 100-150 grit sandpaper, cleaning again, and then flame oxidizing by passing the tip of the inner blue cone of the flame of a hand held propane torch quickly over the entire surface that the epoxy will be applied to. The vinyl patch should be cleaned, preferably with acetone or MEK, but need not be flame oxidized. Flame oxidation of PE is essential to get an adequate bond strength.

West System epoxy provides no immediate tack bond, unlike contact cement, so the patch will need to be secured in position with tape until the epoxy cures to at least a green state. It is also a good idea to lightly weight the patch with something like a small sandbag.

Rafters use products like Durabond. check a rafting catalogue.

Thanks, pblanc. I’ve used G Flex to put skid plates on the exterior of the hull, with glass cloth on the bow and epoxy only on the stern where it wasn’t worn as much. I did indeed oxidize the surface with a propane torch, but still found that the epoxy peeled away from the polyethylene pretty easily. Maybe I didn’t prep enough as far as cleaning with MEK and sanding–I was under the impression that the oxidation was enough. Much obliged for the response.

If it is this Dura Bond, it is not recommended for polyethylene, per the manufacturer. 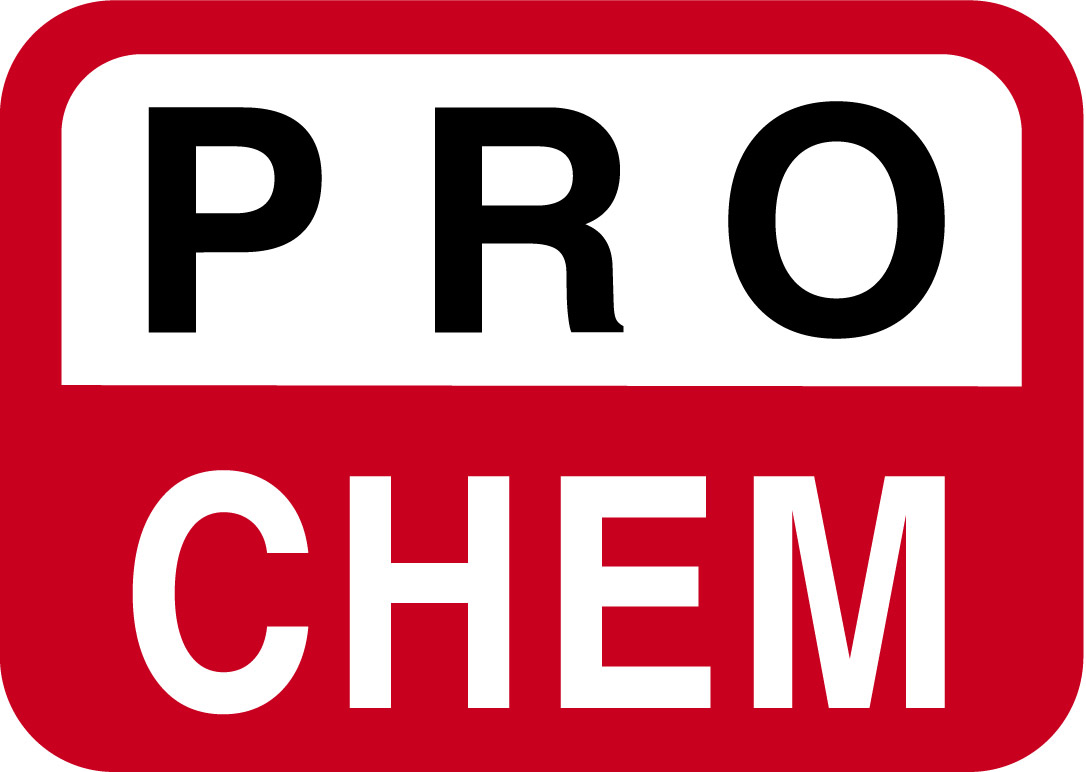 Polyethylene is very problematical when it comes to obtaining a bond with acceptable strength to resist distracting forces. Contact cements do a reasonable job if the only significant stresses on the bond are sheer stresses. Polypropylene is just about impossible. The reason is that these polyolefins are so chemically inert.

Flame oxidation makes the polyethylene surface a bit less chemically inert by stripping away electrons from some of the hydrogen atoms but the effect is only temporary. The PE will acquire new electrons from the atmosphere within a fairly short time. So the flame oxidation must be done within 30 minutes of applying the epoxy and the sooner the better. And you have to be very precise with it so that just the very tip of the inner blue cone of the flame touches to hull surface. I like to do this in dim light so that the inner cone can clearly be seen.

Roughing the surface up with sandpaper increases the bonding surface area. A clean surface is also critical. Clean the surface well before sanding so you don’t sand surface contaminants in. Then clean it well again afterwards before doing the flame oxidation. I usually use both denatured alcohol and acetone. But make sure both have completely flashed off before lighting up the propane torch or you will have yourself a canoe flambe.

Unfortunately, even if you do everything fine the bond strength of G Flex to PE will not be as good as G Flex to other plastics such as ABS. West System conducts tests of bond strength of their epoxies to different materials pretreated in different ways and you can find this data on their web site.

Old Town used to sell Kevlar felt skid plate kits for use on their three-layer rotomolded PE canoes that included a urethane adhesive. I have had much better results with G Flex epoxy than those urethane adhesives.

3M makes a pricey two part acrylic structural adhesive that they say bonds to polyethylene with minimal or no surface prep. Do a search for 3M Scotch-Weld Plastic Structural Adhesive DP8010. You can find it on Amazon and 1.52 fluid ounces will set you back a mere $52.80. I have never used this liquid gold since my results with G Flex on PE have been satisfactory.

pblanc, you’re a wealth of information. Again, thanks. I may spring for the 3M stuff. I’m going to do some fairly long distance paddling, and I need the d-rings to hold up when I’m in the back country.

Boats are made out of a large array of materials now. It is not that easy to keep track of the compatibility of materials. Read the descriptions and labels is the best advice I can give you. I have never had adhesives or epoxies fail after a repair. I have resurrected a lot of canoes and rafts, drift boats and sailboats.

Most polyethylene canoes and kayaks are made out of high density linear polyethylene (HDPE) these days, which some makers call super linear polyethylene. Kayaks and some small whitewater canoes use a solid rotationally-molded construction. Some larger PE canoes use a single solid layer thermoformed sheet which must then be reinforced with some type of endo-skeleton to render it sufficiently stiff to be usable.

Old Town was one of the first canoe manufacturers to utilize a three-layer or “triple dump” method of roto-molding in which a central PE sponge or foam core was sandwiched and bound to a solid inner and outer PE layer. This afforded sufficient rigidity to obviate the need for an endo-skeleton for stiffness, and the central foam core also rendered the material buoyant. When Old Town introduced this method of construction for their Discovery line of canoes in 1984 they called the material CrossLink 3. The “cross link” here refers to the foam core linking the two solid PE layers. The material used was not cross-linked polyethylene but low-density linear polyethylene. Later Old Town modified the materials or rotational molding process and renamed the material “PolyLink 3”.

Cracks are pretty common in whitewater PE kayaks and canoes. Because of the difficulty finding adhesives that will reliably bond to polyethylene, the great majority of whitewater kayakers will repair cracks in their boats with thermal welding. That works well for single layer hulls made out of linear polyethylene (low or high density). Thermal welding does not work on cross-linked polyethylene. Thermal welding also doesn’t work too well on three-layer roto-molded canoes because the heat required tends to deform the foam core of the material. Of course, thermal welding cannot be used to attach D ring patches.

I have used G Flex epoxy and cloth to do repairs on both cross-linked and linear PE kayaks and three-layer roto-molded canoes and the repairs have held up.

One such repair was to an Old Town Discovery 174 which I believe dated back to the CrossLink 3 era. This boat had been pinned and the bottom pushed in resulting in many interior cracks in the solid PE layer. After a repair after a fashion, it had seen duty as a livery canoe which resulted in extensive areas of abrasion completely through the outer solid PE layers at both stems and into the foam core over about a 3 foot length at the bow and stern. I also had to bond a layer of 4 ounce/square yard fiberglass to the interior of the hull bottom to reinforce all of the little cracks. So far that repair has held up pretty well. I don’t have any good pictures of that boat, but here is one showing one stem of that venerable old beast. The long, black abrasion plate gives you an idea of the extent of the hull damage underneath it: 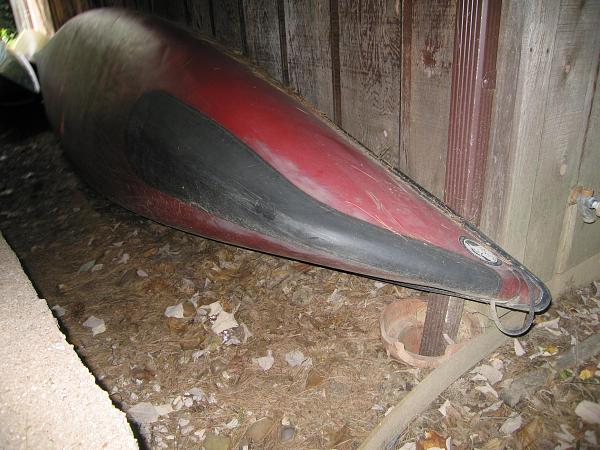 I have been looking for a reasonably priced adhesive that will reliably bond to PE for quite a few years now and G Flex is the best that I have come up with. If anyone knows of an alternative that they have actually used on polyethylene that they think is better, I would love to hear about it.