What is wrong with this photo?

Got this today in an email from a kayak outfitter, intended to encourage people to paddle in the fall. It reminded me of the discussion about Oru encouraging people to paddle in the winter without protective gear. Every fall—in fact, right into December and sometimes January—I see people in kayaks dressed as if it were July. As paddle boarding becomes more popular, I think hypothermia is going to increase. Yes, people can climb back on their paddle board, but what if the temperature is 45 or 50 degrees and their clothes are soaking wet? I often see paddle boarders very far from shore. Are they going to make it back when they’re wet and shivering? Will they even be able to hold the paddle if their hands are freezing and they’re not wearing gloves, like the guy in the photo? What about the gasp reflex in cold water? This photo just seems irresponsible on the part of the outfitter. Thoughts? 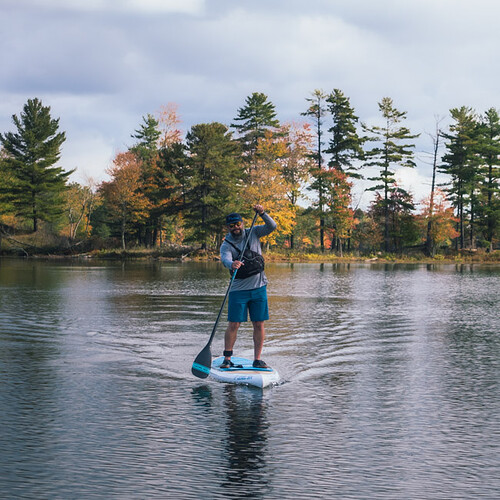 Guy on south shore of Long Island went out on paddle board in the ocean sadly no return. No PFD! I have no clue on people’s thought process.

At least in the fall the water is warmer than in the spring - just an observation, not saying that you don’t need to be prepared.

My local club did a SUP training several years ago with a local outfitter. We rented all their boards for 2-hours of instruction. 18 people signed up, and everyone one of us wore a PFD. The only ones not wearing PFD’s were the instructors. When I asked they said you don’t need a PFD with a SUP because the board is the PFD - just don’t lose it.

SUP’s come from more of a surfing heritage? At least this guy has a PFD on.

This photo just seems irresponsible on the part of the outfitter. Thoughts?

This photo, as it appears to me, looks like an advertisement image. Promotional photos are staged. The idea being to create an image that promotes product (or activity) appeal. Usually, paid actors are the people in a photo. After the photoshoot, back at a studio, images are altered, enhanced, so your attention is drawn to the product in a particular way.

People who managed the promotion may not be paddlers either - just advertisers targeting a defined market segment.

Imagine, for example, an advertising editor asking “…what’s that orange thing dangling from the life jacket?” “I dunno” the assistant replies “Look like maybe a whistle?” The editor tells the assistant, “lets clean things up a little more - airbrush it out…”.

The photo’s context probably was meant to draw in clients. Not focus on risk or risk avoidance.

The Coast Guard has deemed SUPs to be vessels. That means a fine, at least, without a PFD.

The problem is that, like this photo, SUP people like inflatable PFDs that don’t get in the way.

They are not the safest things, but the Coast Guard accepts them. This guy has a better looking, and safer looking, inflatable than I see locally. Will it save him if he gets wet in 45 degree water? Doubtful.

Inflatables are still better than being leashed to a board at those water temps. Dress for the water temp, always, even in Florida.

I don’t see an inflatable on him. Looks more like a NRS model.

Around Annapolis most people with SUPs have gotten the word about PFDs. After the USCG decision the local agencies gave people warnings for several months. Now they are very aggressive about requiring PFDs. Last I heard it was a $125 fine for no PFD and $125 for no whistle or other approved sound producing device.

I’m not a fan of Type V inflatable PFDs, but I’m always amused when I see people wearing them behind them instead of on the front. Guess it’s an appearance issue. If inflated it’s a great way to moon the world as you drown with your head under water.

Here, with water temps sometimes 30° less than air here, dressing for immersion can get you a heat stroke.

I don’t recognize the guy in that photo: he has a PFD! The paddlers I see right out my door on a daily basis never have PFDs or it’s lying on the board. I guess they’ll pull it on as they struggle in the water. I can only imagine that the possibility of falling off hasn’t crossed their minds. Failure of imagination.

Your right about the PFD, Rookie. Probably an NRS. Notice how it is being stylishly worn? It won’t do its job very well that way, either.

Also, how does an SUP leave a small wake, as shown in the photo, if the paddle isn’t even in the water (or dripping water off the blade)?

Furthering my theory; the editor airbrushed out the tow rope between the SUP and the boat - where the photographer was standing while taking the photo of the paddler - who is merely posing instead of paddling.

Quit all the fussing; let natural selection address the ‘problem’.

I’m usually pretty critical of these types of photos but I actually don’t see much wrong with this one. Paddler is wearing a real PFD, a leash and even shoes! He is holding the paddle correctly and appears to actually know how to paddle. Water temp would be the only minor concern, but given that I was paddling in NH last weekend and the water temps were still close to 70F there in mid September, it’s not terrible. (no ice floes as someone else mentioned).

Usually these ads have models wearing next to nothing, no shoes, no pfd or leash and can’t hold the paddle correctly. You can also usually tell from their body language that they have no idea what they are doing. I think this one is actually not bad at all.

I always wonder when I see a paddleboarder out in open water with no leash and the PFD lying on the board. If they go over on a windy day they could be in trouble.

Incidentally if an inflatable type V is used, it must be worn at all times and not just carried.

Man Drowns While Paddleboarding With Kids On Long Island 2 Die In Kayak & Paddle Board Excursion On Long Island Sound

An 8-year-old girl and her mother were rescued.

A 48-year-old woman drowned in Southold Friday morning while trying to assist another woman caught in a current as they were paddleboarding. 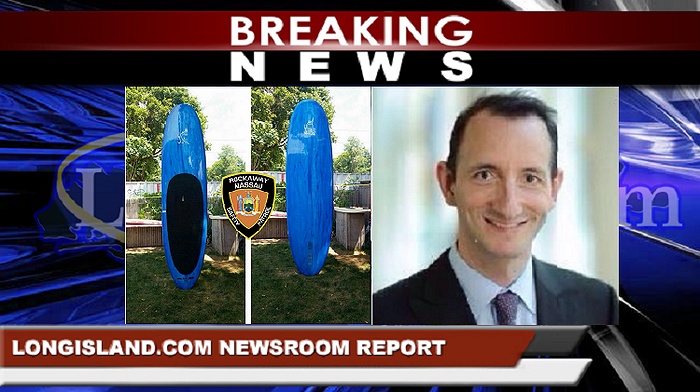 Coast Guard crews are searching for a missing paddle boarder in the vicinity of Atlantic Beach, New York, Sunday.

Police warn paddleboarders about dangers of being ignorant of tides, wind conditions. Over 37 million participants engaged in paddlesports like kayaking, canoeing and stand-up paddleboarding during the pandemic according to the latest data (2020) from the Outdoor Foundation. This pandemic surge brought an estimated 2.5 million new...