What type of Canoe is this?

My friend has this canoe and doesn’t know what brand it is…can anyone help? 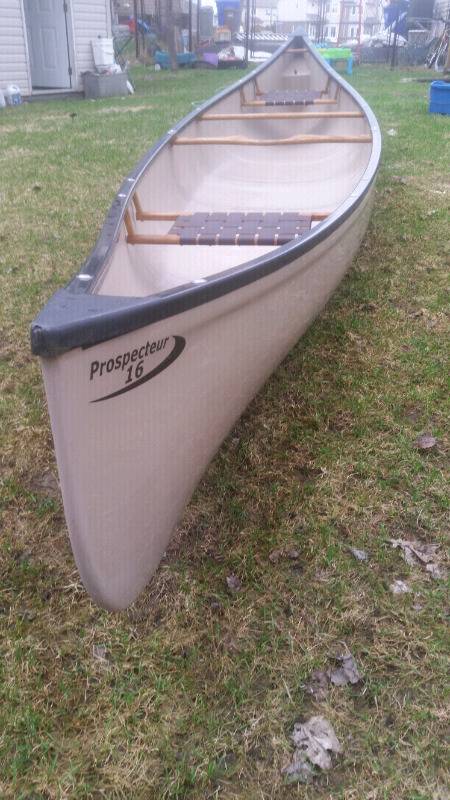 Does it have a serial number on the outside of the stern?

It’s used by the Canadian Navy as one of their most formidable fighting machines.

That is one fine canoe.

Esquif only ever made their Prospecteur out of Royalex and i don’t think that is what this is…
thanks for the serial number suggestion!

Its actually called a hull identification number (HIN) and has been required for canoes sold in the US since 1972. The first three characters of the 12 character HIN should be letters and constitute the Manufacturers Identification Code (MIC). You can find sites on-line where you enter the MIC and get the manufacturer’s identity.

@awc said:
Esquif only ever made their Prospecteur out of Royalex and i don’t think that is what this is…

Have you asked Esquif? I don’t know - did they make any Prospecteurs during that time that RX was done and T-Formex was still experimental? Do the T-Formex boats have float tanks?

I’m very curious about this canoe. It appears to have some added flair, compared to other Prospector designs.

One thing about name-brand canoes such as Esquif. They generally put very prominent decals on the sides proclaiming who made the boat. In recent years, for some brands, these decals have followed the modern fashion trend of being unnecessarily gawdy, meaning they have gotten even bigger. Sometimes boat owners remove the decals, but if so, there might be a trace left on the hull that lets you decipher the brand name.

UPDATE: Thank you to pblanc and Yanoer! Using the HIN number i was able to determine it is a 2007 Quessy (no longer in operation).