What kind of
Kayak is this? 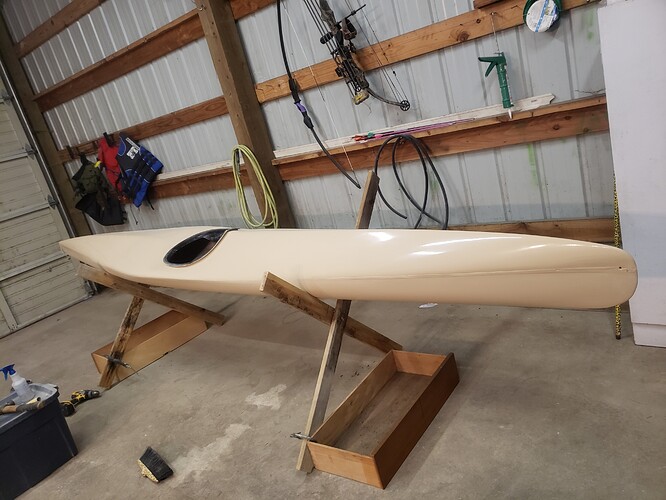 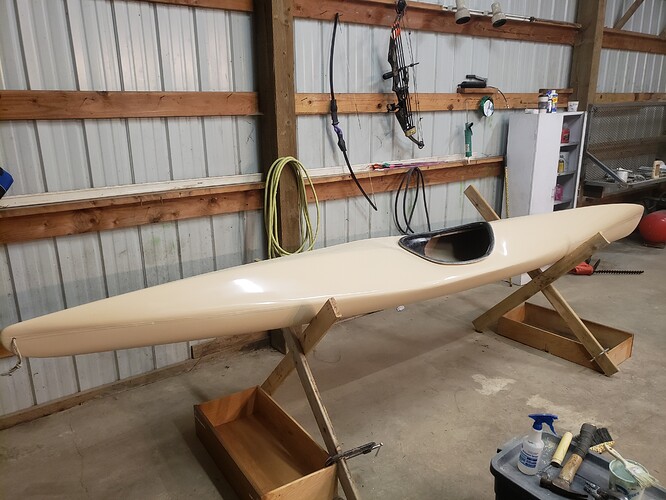 All I know is that it is an old Gaybo

I was wondering if anyone knew the model?

Often in the 70’s and 80’s these were hand-built by individuals, not by manufacturers – my outdoor club had molds for whitewater and slalom kayaks and would lay up the fiberglass ourselves to create the two halves that would be joined by a side seam.

It had a gaybo sticker on it

According to that link, as of 2017 Gaybo was the European producer of the Perception line of kayaks. As has been pointed out, what you have is a competition slalom racing kayak. It is designed for making tight turns rather than tracking straight.

it could be quite old - the history on their site seems to indicate they ceased. production of this type of boat in 1998. If you plan to use it, you will probably need flotation bags to fill the bow and stern areas since most older boats of this type lack bulkeads. And be sure you practice self rescue near shore before taking it out because that small cockpit will require some technique to get out of in a capsize.

I have a friend who was a Canadian national champion in slalom kayaking who competed back in the 70’s thru 90’s. I’ll forward the photo to him and see if he is familiar with it.

All I can add here is that it looks like a great boat for learning to roll in. It makes sense that Gaybo is/was the European Perception. The boat definitely has a “Pirouette” shape to it. All us roll class students used to scramble to get the Perception Pirouette model at the pool.

I was thinking it appears to have little rocker (not sure), fairly straight down bow and stern, plus the length would make it a fast touring boat.

Having briefly owned an old school slalom boat (inherited from a friend who moved overseas) I can report that it did not have much rocker but did it turn smartly by leaning it onto the curved soft chines. It did not like to track worth a damn straight up though and I had to fight to correct i’s wanderings on the long flat sections of the Class I to III whitewater run where I last used it. Though it was only 13’ long so probably not a great comparison.

I will say that is a very interesting looking boat.