What Was Your First Kayak or Canoe?

Our first was a also a Jensen 18 which we purchased used from a guy in Royal Oak in 1996. It was Kevlar with aluminum gunnels, sliding seat, about 38lbs. It barely had a scratch when we bought it. We used that canoe for inland canoe trips at first, but then kept ending up on Lake Superior. We eventually realized it really wasn’t designed for that. We sold it and shipped it to a buyer in Maine in around 2000 to help finance our first kayak.

It’s the one boat I wish I still owned.

Back in the 1990s I built a Pygmy sea kayak from a kit out of African mahogany. It was fast and stable but there was no place for the dogs and a Coleman stove so I sold it and went back to canoes.

MY first canoe, not my dad’s, was a $50 kit skin on frame canoe. Very little frame was covered with cotton duck painted with house paint. I still have the paddles. That canoe had negative rocker…it liked to go straight. I paddled it out and back on a farm pond in South Carolina and sold it.

Should have given it away.

My Jensen went to Missouri in '90 with Martin the other half owner. We replaced it with a gray Sawyer Cruiser from Raupps Campfitters. We still have the Cruiser although it has gained weight over the years due to some repairs. 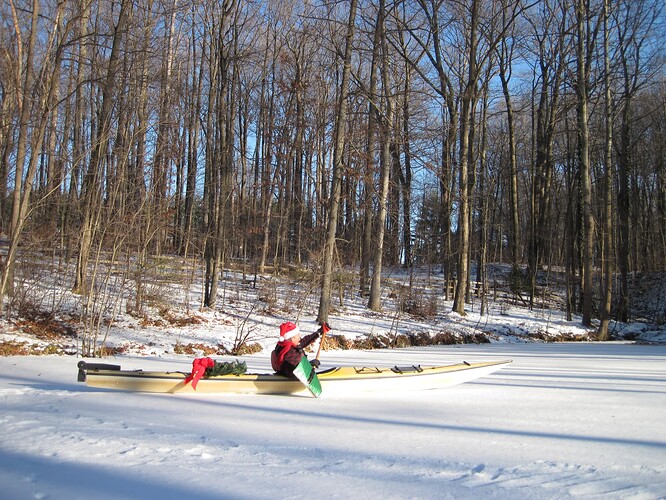 Great picture! I’ve never seen a paddle like that, must be some new high-tech thing?

Growing up we never owned a canoe. We would rent aluminum canoes for use on the Whitewater River in Indiana, The Mad and Little Miami in Ohio, and the Rockcastle in Kentucky. The selection varied but smokercraft. michicraft, grummans, and sea nymphs were all tried. My favorite aluminum canoe was the Grumman Eagle which came out a bit later. It was lighter and a more responsive solo boat than the previous aluminum canoes.

My first kayak I ever paddled was while I was in high school, a borrowed hollowform. In college I was part owner of a phoenix slipper, which we patched a lot. I bought a used lettman my sophomore year in college. Joe Pulliam from Perception brought a fleet of perception mirages to Miami University’s (Ohio) rec department and I was getting tired of patching the lettman. The University also invested in one madriver M.E. It was stored on top of my Datsun truck full time with the understanding that if somebody wanted to use it I had to bring it back. My first new boat that I actually owned was a perception gyramax c1.

My first canoe was just five seasons ago. After retiring I started doing some easy/moderate hiking around the Lake George area in the Adirondacks. When it started getting hot and steamy I decided it was time to get on the water. Had no idea what to look for but an accomplished local sportsman told me about the locally made pack canoes that were light enough to hike with and that seemed like the ticket. Since this was pre-COVID, I was able to track down a slightly beat used 10’ 6" kevlar Slipstream Wee Lassie that weighed about 16 lbs. at a reasonable $600. I only took it on a few short hikes to fish some mountain ponds, but got hooked on poking around southern Adirondack lakes and rivers. Wish I’d been doing that all my life!
Kept selling and buying used pack canoes while the prices were decent and my current favorite is a new Northstar Firebird which is perfect for rivers and small streams. So glad for that old Slipstream that got me started. 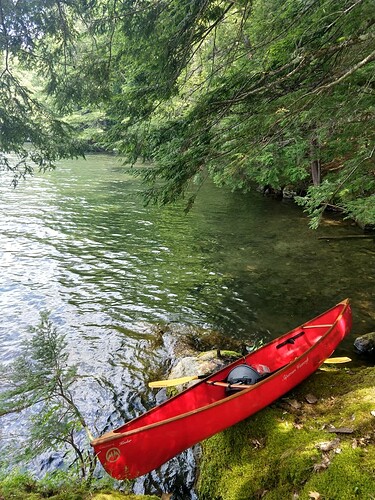 So many terrific places for light pack boating in the Adirondacks. Thanks in for sharing the story.

After a few years of renting loons , i was measuring garage doors During Hurricane Sandy a guy in Staten Island had an Ocean Frenzy in his garage . I bought it for a $150 drove it home in the company truck . That was my creeker for a couple years then i sold it and bought a 10’ vapor so my daughter could ride with me . Ive got 7 kayaks now from 9’ to 17 '. I have a frenzy , but not the original .