Where to get a small cylinder float for tip of tow line?

I have a North Water Micro Tow Line, with a floating line, which is otherwise excellent except for the heavy carabiner pulling down the edge of the floating rope a few feet in the water, making it more difficult for someone to pick up the carabiner.

Anyone know where I can get a small floating cyclinder to put at the edge of the line right behind the carabiner? (Similar to what you see on the North Water Tow Line and Tow Line Pro as well as the NRS Tow Line). Bright-color is a plus but not absolutely necessary as the line is bright yellow and black.

A small $1 line float from Kokatat that weighs almost nothing has a minimum shipping charge of $12.

I do see a variety that may work when I search Amazon for “tow line float”. Free delivery if you are Prime. Amazon.com : tow line float

That said, I also use a North Water Micro Tow and wouldn’t want to add a float to the end. There are many times in towing (like rafted tows) when you are running the tow line under one boat’s deck line and then attaching to a second. Without a ball, should the tow line be released from the one it is attached to, it should pull freely out from under the deck line it is run under. With a float, it would get caught there.

I have the cheap Amazon ones on my canoe painter lines and they work great. Free delivery with prime. I like they keep the end on top of the water and also they add some weight when I throw the line. They are easy to see and let me know where the end of the line is when needed. I put a knot on each side to hold them in place.
I also have one on my anchor line.

Not sure if this would work for your application. 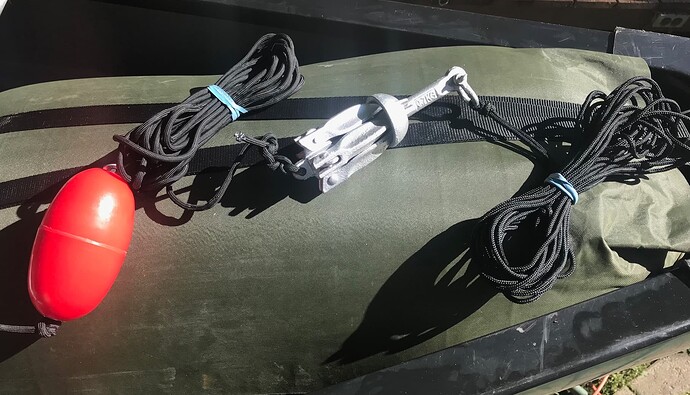 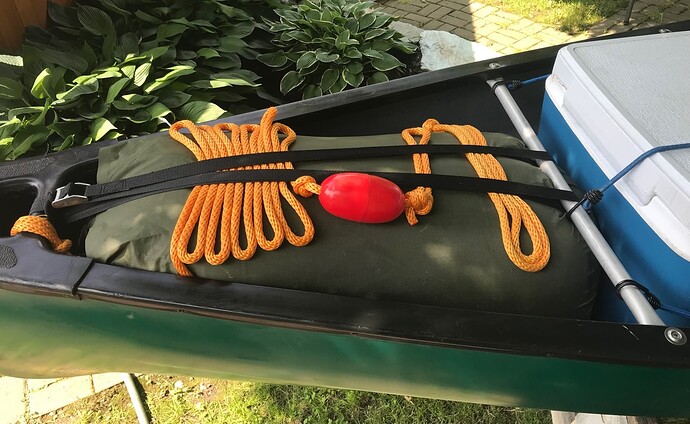 Thanks @Peter-CA that’s a great point. Do you think this much thinner cylinder-style Kokatat tow tether float would pull through? If you needed to help it get through I think it would be pretty easy given it’s flexible foam and thin. Unfortunately $12 to ship a $1 item. I see a lot of line floats like this on ropes on Amazon, but haven’t found one sold individually, which would probably come with free to inexpensive shipping. 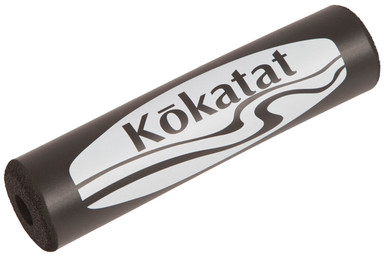 Buy Online Kokatat outdoor paddle sports dry suits, life vests, for whitewater, recreational, stand up paddle, kayak fishing, and sea kayak and tour. Kokatat is dedicated to designing and manufacturing the best paddle sports products we can for a...

I actually taper the ends a bit more to make sure they won’t snag deck lines.

Thanks @bnystrom do you have the purchase link for that red float in the photo? And is it solid, so that it’s easy to taper with a file or dremel? Also, did you try the narrower black cylinder float in the photo? It looks a bit narrower than the red one, assuming they were side by side in the photo, instead of one being photoshopped into a photo of the other one.

@bnystrom could you please share a link to the page where you can purchase the float you shared in the photo above? Can’t find it from the photo link you shared. Thank you!

Thanks @bnystrom do you have the purchase link for that red float in the photo?

I just searched for “tow line float” and it came up. It’s apparently on Shopify, but the link appears to be for their Canadian site.

And is it solid, so that it’s easy to taper with a file or dremel?

Yes, it’s a solid, rigid foam. I just sanded it to shape.

Also, did you try the narrower black cylinder float in the photo? It looks a bit narrower than the red one, assuming they were side by side in the photo, instead of one being photoshopped into a photo of the other one.

It’s hard to tell from the pic, but that looks like neoprene pipe insulation. It will work as a float, but tapering the ends probably won’t work, as it’s too soft.