Have you ever wondered if a fast solo sea kayak could keep up, or win a race with an Indian war canoe? The war canoes go pretty fast for a few miles, but can they keep up the pace for a longer run. I just watched a video of an all war canoe race and they averaged 7 mph for the 3 mile race.

No I never wondered about that.

Good question; if you are serious !
From my take, doing the Adk. 90 miler each year where there are war canoes, if their crew were experienced high end paddlers, they would win. If they were just picked up paddlers off the street, the sea kayak would would leave them in it’s wake

Jack, that is what I was thinking after watching the furious rate at which the paddlers were working to average 7 mph.

The reason I became interested is that in this area there are a number of those war canoes around and I think it is possible that someday I might have the chance to pace myself against one of them. The chance they would have a highly experienced crew is pretty low.

I used to pace rowing shells when I lived in Melbourne Australia. I could usually keep up with singles in my sea kayak. No way on 2 or 4 place.

@Andy said:
I used to pace rowing shells when I lived in Melbourne Australia. I could usually keep up with singles in my sea kayak. No way on 2 or 4 place.

How about in six foot waves?

The 90 miler used to call them “war canoes”. But in the world over now, presumably to be more politically correct. they are called voyageur canoes and take on the personality of the French-Canadian Voyageur’s trade and freight canoes from the 16-1700’s. I have paddled Voyageur canoes (in early years the “war canoe” class) for many years in the 90, and also in the Yukon River 1000 mile race and the 440 mile Yukon River Quest (5 times so far). Now in all races it is called the Voyageur canoe class.

While it is true that sea kayaks (solo or tandem) tend to give us a good competitive run for a while, in general they tend to not finish nearly as strong in the long haul as you might think. In flat water with no current, 7 MPH is a good pace for a voyageur, very do-able for a short race of just 3 miles. They can sprint up to 9mph or more for a short-moderate distance when needed to lose a drafting wave riding tail (kayakers). Over the long haul (in the ADK and Yukon races) a consistent 6.5mph average is a good day with an experienced crew. Of course, tactics and strategy play a big part in marathon length races. Note that with more than 2 paddlers, when it is time to eat or pee over an all-day or multi-day race, one paddler can stop paddling for a time while others keep on moving the boat at only a slightly reduced forward pace. Quite impossible in a kayak

I was invited to paddle with the Australian National Dragon Boat Team in Canberra on a training day, which I did just for fun with 22 team paddlers in the boat. I found that it is a totally different kind of paddling and cultural team experience.

I think the term war canoe is inaccurate. Voyageur canoe more accurate
Kirk Wipper the late founder of the Canadian Canoe Museum pointes this bit of history.
Canoes were used for trade far more than war

Whatever these canoes are called, I thank everyone for the information. I still think if the chance comes along, I might see if I can keep up at least for a bit.

I paced along with these gals for a while (Brown University 8-woman team). Kept up with them for a while, but they quickly left me in the dust once they got moving. 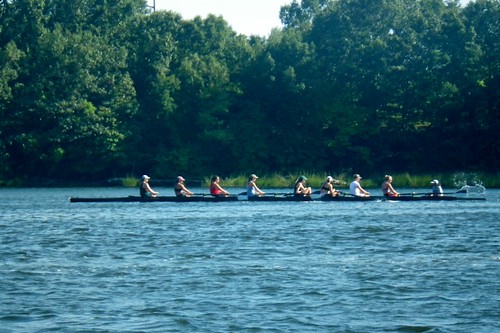 I could easily keep up with the dragon boats. 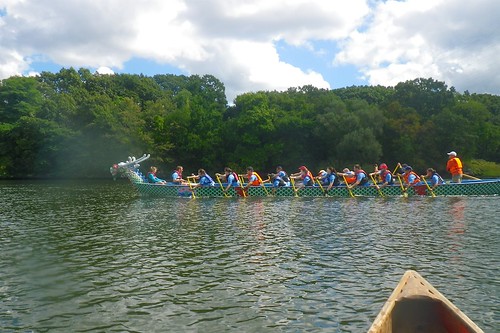 Never had the opportunity to try and keep pace with a war canoe, I owuld like to paddle in one sometime. 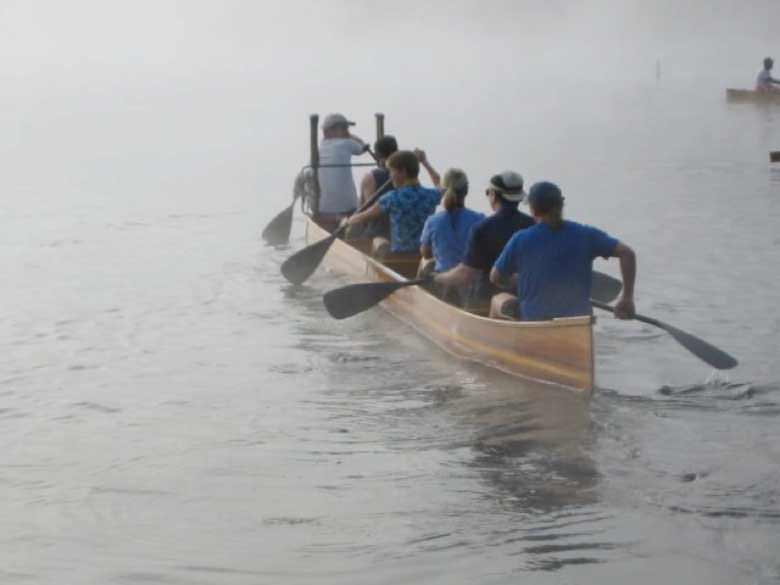 A carbon voyageur we rented for the 1000 mile Yukon River race before the start at Whitehorse YT, and at Eagle AK (a mandatory border stop for passport checks) 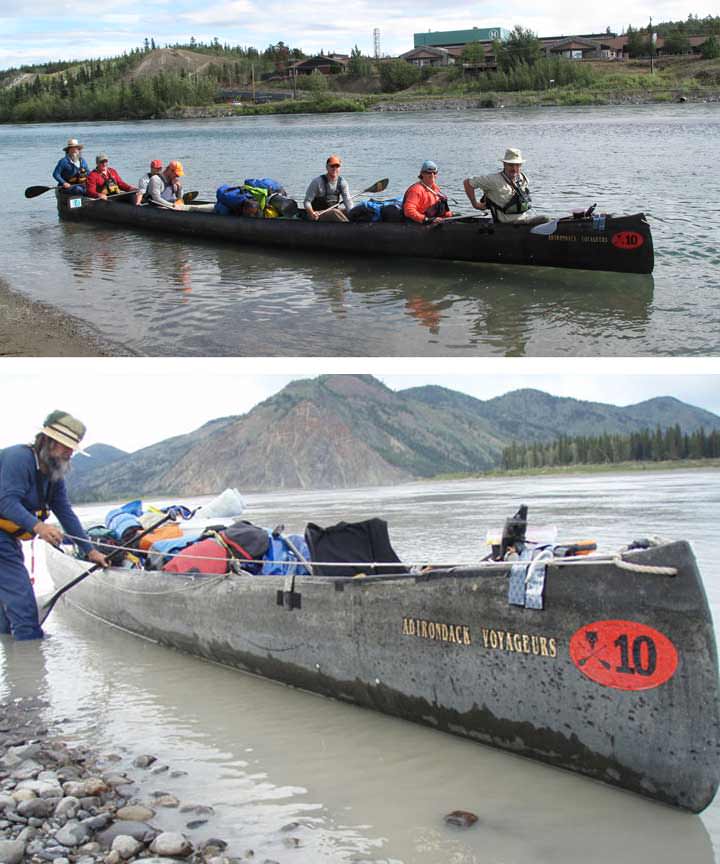 At Five Fingers Rapids on the Yukon 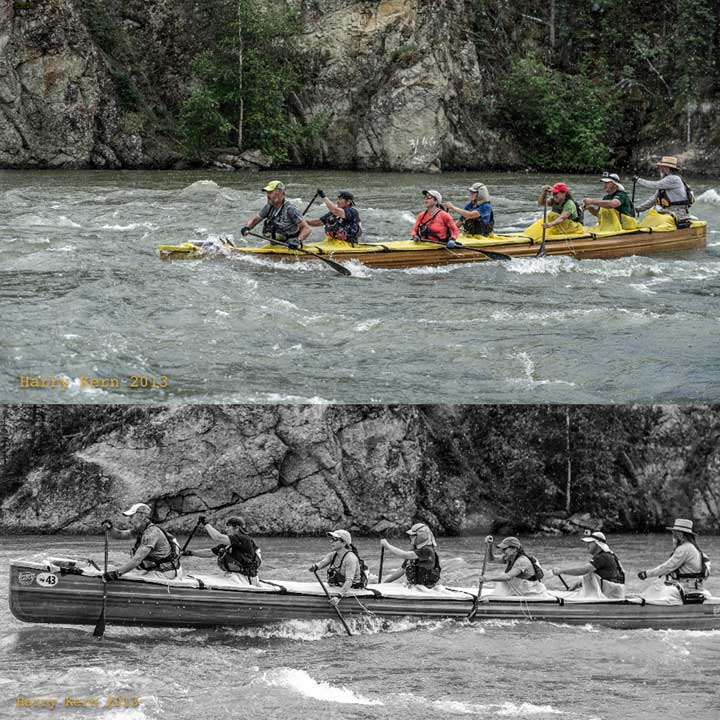 The best time to race is when the other boat doesn’t know you are racing them.

@Overstreet said:
The best time to race is when the other boat doesn’t know you are racing them.

That’s a big part in some marathon length races, in particular the Yukon 1000 mile (and to a lesser extent in the YRQ) where with planning and strategy you can hide from the competition. If they don’t know if you are ahead or behind, then you may have a big advantage.

I’ve paddled with impromptu teams a couple of times. It was a hoot since most had never paddled anything.
A lot of sliding around and paddle knocking.