Almost as good as a floating flamingo. Story here.

Glad she survived. The story mentions her partner made it to shore and a warm house, but fails to state if he called 911. Hope he would have.

Goes to show you should always wear your PFD. These people dressing for bed vice the water temperature… reckless.

Two days In a warm house, while the partner floated for two days on an air mattress in the cold water. Something missing here! Are they still partners? That reminds me of a quote that I can only paraphrase: when you shoot and kill someone, you in some small way have defined your intentions toward the person.

I Sense a Tony!

Lake Texahoma, when the wind comes sweepin’ down the plain,
sends a dame on raft into that chilly draft
where the wind whistles ear-to-ear sans brain.
Lake Texahoma, o’er two nights my honey lamb will float,
and whilst shivering prone my name she’ll curse and moan
as she circles nowhere missing boat.

We know we belong on land
but we had this here plan.
And when she screams
Yeeow! Ayipioeeay!
She’s only sayin’
I’ve lost my mind on Lake Texhoma!
Texahoma, Tee Hee Yay!

What’s that? Is that the air mattress hissing?

Well, in her defense she was on an air mattress, so dressing for bed seems to make sense.

If this happened, it makes no sense.

Definitely shoulda had a flamingo.

I would love to hear the “real story”; something is missing in what I read.
My opinion; Both of the are “dumber than a box of rocks”.

I used to live in southern Oklahoma. Why is it I think meth was involved in this story somehow.
Just sayin…

For the rest of the story… 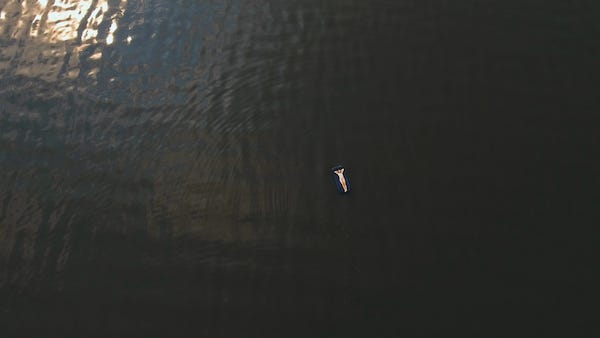 Texas woman rescued after being stranded on air mattress on Lake Texoma for...

A woman named Connie was out on a boat on Lake Texoma with her fiancé when some of their possessions went overboard, and she thought the best way to retrieve them was float out on the lake riding an air mattress.

They were on a boat. Some things went overboard and she thought it’d be a good idea to get on an inflatable mattress to go after them? And her fiance was also on a “flotation device”?

Why not use the boat?

I read that was in a colder situation and she had hypothermia when the trainmen saw her ? Is that possible where you’re at?

Another report said it was 28 degrees when she was found.