I have a Yankee Rebel in decent condition but missing a thwart and the original seats. If you can help: who exactly designed the Yankee Rebel, Lynn Tuttle?

I don’t see where a center thwart would connect to the gunnels. Did some ship without a thwart? I have seen photos of other YR online with it missing.

Last, this thing has NO ID badge or tag and NO marks where marks should be if the ID tag was removed. A little mystery that I need help solving.

Thank you for any help.

BTW. Hands down this is the fastest canoe that I have paddled.

Yankee Rebel was what they called a folks canoe. Big box store line
I have an early Sawyer and the serial number was on a piece of paper glassed in. It could also be etched in the stern outboard and covered with paint. All the lines apparantely had an MIC of SAW

Sawyer made, How many canoes? Advice

Sawyer kayak Do you know who designed the Sawyer kayaks of the late 1970’s? I have one and don’t know much about who actually had their hands in designing it. I have the touring model.

The trademark registration date for the YANKEE Rebel is December of 1976. I thought that Lynn had done the designs for Sawyer in the late 70’s.

I have looked at every inch of this yellow canoe and there is no identification stamp, plate, etching, nothing but the sticker at the bow.

Head scratcher for sure.

Tuttle did designs for Sawyer but not all of them… Did you check the thread I linked to? It is pretty long in conversation. The Yankee Rebel was for K Mart etc and only came in yellow.

I did read the link but it is still unclear who designed the Yankee Rebel.

It may have been the canoe that killed Sawyer, designed for the masses, but this thing is slippery fast. I guess that I have a need to know who designed it.
Uploading: D22CFEA3-761F-45F1-B7D0-C8ED51BD2977.jpeg…

the upload is sticky… Not showing… Would love to see it. 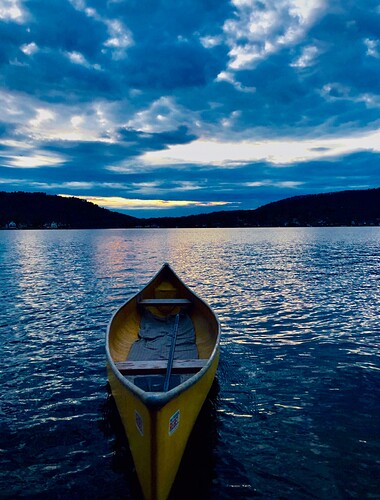 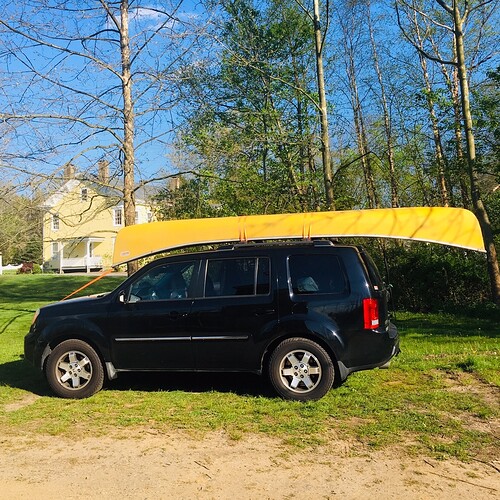 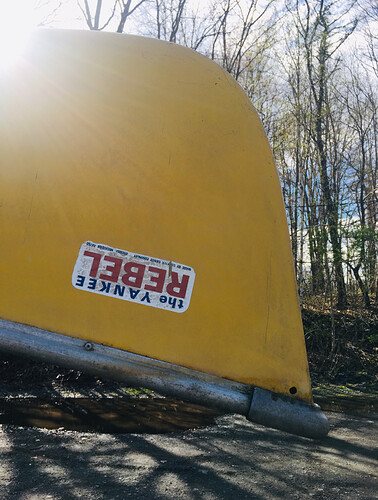 Don’t know if that was you but I saw this canoe at Range Pond State Park in Maine today. Needed a crew to unload.

Not a very fast looking canoe but at some 40 years old in remarkably good shape. Good cottage canoe.

I haven’t loaded/unloaded the thing on my own yet and I am not sure that I could without damaging the car.

More the length than weight.

I am in NJ which has miles of canals to explore.

Bring help… Two young people had to call for assistance to get it off the car. It was partly because they weren’t very tall.
But thanks for asking about your canoe as I had not heard of it before and yesterday to see one was interesting!

Yankee Rebel could the worst name for a boat in history.

Why is that?
I haven’t had much luck in identifying the designer who may have proposed the name.

I doubt the name was given by the designer. Usually it is the manufacturer or in the case of big box stores they rebrand with whatever name they think would sell… I would hazard a guess that it was sold from a Southern store and made of course in the North ( hence the name Yankee Rebel)