Would it be feasible to remove the existing handles and use the stopper (screwed into the deck) as the attachment point for the toggles or would they be too far back from bow/stern ends to be effective?

Thanks for any ideas. 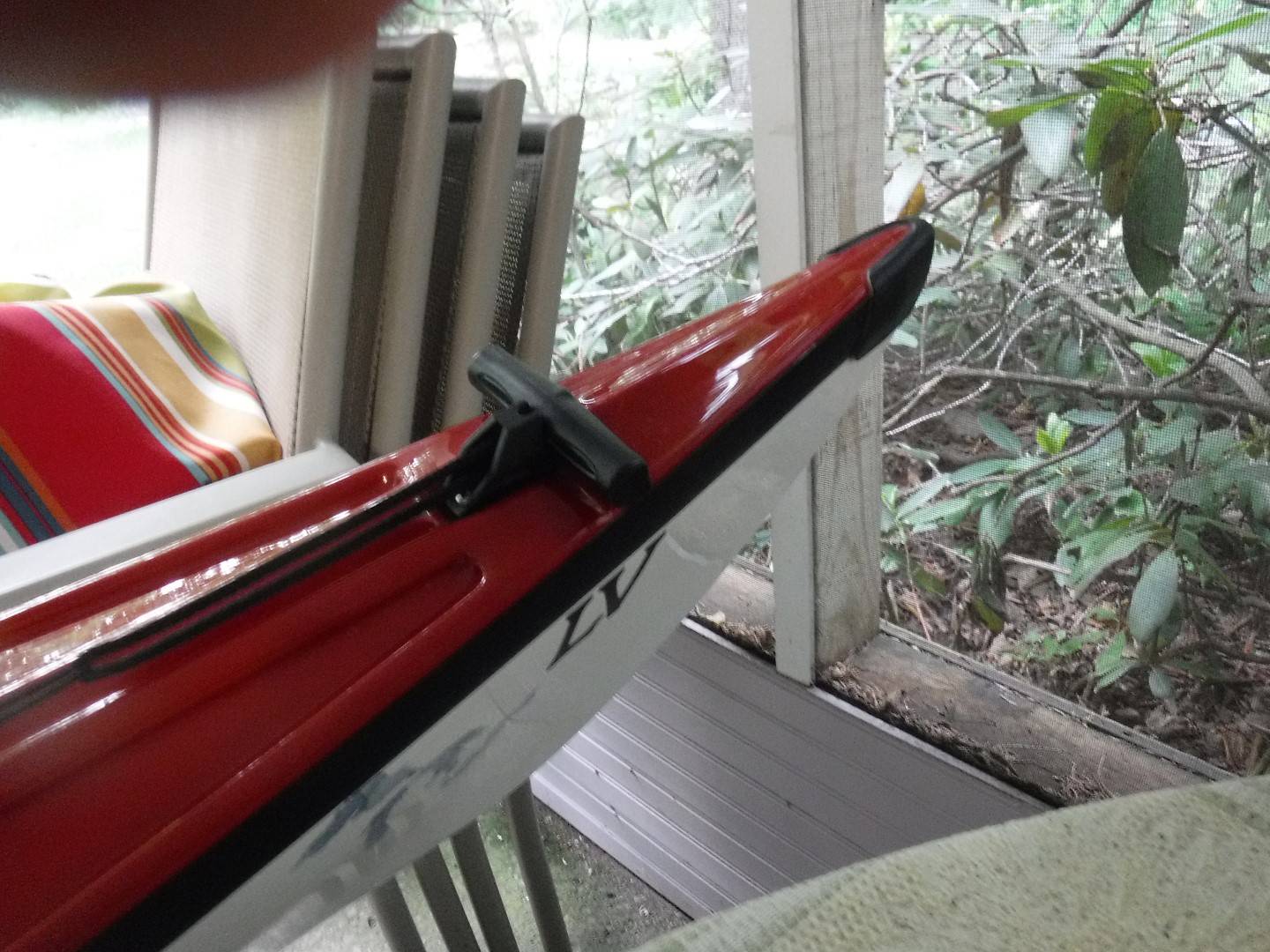 Could you explain better what you want the toggles to be effective for? In my boats there is just a hole drilled thru the boat close enough to each end to be thru solid material, but there are plenty of newer boats out there closer to your setup…

As grayhawk noted, rescue work. Easier to hang on to a boat in winds or bumpy water. And, it was suggested by an ACA L5 instructor after class. Single line, not double. I think it will be a simpler and more secure setup than the current one, which is on a bungee.

I thought maybe. Those more complicated setups close to the deck are between a PITA and useless in rescues. Let alone bungies rather than static line for grabbing a boat. I am not familiar with your system but Valley’s used to be set up so that the paddler could release the toggle and static line it was on from the bungies for actual paddling. However it sounds like that does not lose the double line issue for you even if the rest was altered. Double lines can grab a rescuer’s fingers with unfortunate results if there is a 50 pound boat on the other end.

For rescues, what you want is something that is floating freely enough clear of the deck so that a rescuer can feel it pretty quickly after getting to your boat. Monkey balls on a single line were all the rage for a while because it was felt they would less likely twist and grab the rescuers fingers than a toggle. They look neat too I think. It is just a time consuming big knot to make and you can use nice looking rope.

One more note -the line from the deck fitting to the toggle also looks too short to me to be good in rescues. You don’t want it too long, but make sure that distance is enough that it is not a challenge to get a hand around the thing fast. You can check this easily. Leave a little extra line when you replace the double loop and then capsize your boat in water you can stand in. Then try fishing around for it. Too short and it’ll be harder to feel, too long and it’ll try to wrap around fingers.

Personally I go for the perimeter lines instead of the toggles. But I don’t see any of those on this boat either.

Eddyline calls them “retractable carry handles”. I guess they work well for that but I was taught never to carry the kayak by those handles and to carry with a hand under the hull.

@Overstreet and Rookie
Just looked at photos, the Fathom LV does have perimeter lines but they stop where the bungied thing for the toggles start, not all the way to the end. Rookie, Overstreet has a good point, that it is a lot easier to handle a boat in a rescue if there is static line close to each end. If there is enough space in the RDF for the toggle to get a second line thru, you may want to consider running new perimeter line that goes thru that fixture on each end. (Part of me wants to ask what Eddyline was thinking with this setup for a sea kayak.)

Even for carry handles they are not to confidence inspiring

Perhaps Overstreet was looking at a different brand as all EDY touring kayaks have perimeter lines, albeit not the full length of the boat as on the now discontinued Raven. On the other hand, many CD kayaks don’t have full length static stern lines either.

A really good point, Celia, that the lines should extend further towards the ends, especially on the bow. I think that will be an easy fix at both ends and it’s a change that’s definitely worth suggesting to the new ownership team at Eddyline. They’re quite receptive to feedback from their customer base and not adverse to some outfitting changes. At least, that’s the takeaway I had from my communications with them. 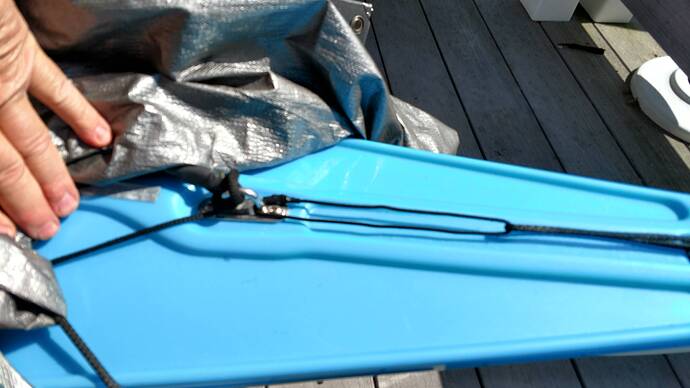 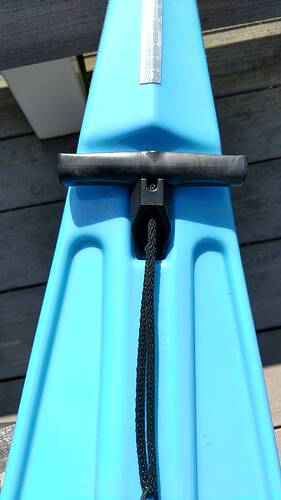 The 12 CD vision has lines in the bow. That is considered transitional kayak didn’t check the entire CD line like the rec models. All my North American style CD’s have lines. If you plan correctly you could add full lines to the eddyline with proper deck fittings. Post picture of your kayak.

@Rookie I am not sure how you can work with the big black thing easily for looping a single line, may require tying off and running one on each side. I am wondering if the hardware holding it on could accept a different fitting though.
I personally have resisted putting new holes in my boats, try to use the ones it came with.

@PaddleDog52 Last posts better but no reason to be pissy about Eddyline. They haven’t put one on the water that rang my bells so far, but they are well liked and well used by a lot of paddlers. And there are good photos available on manufacturers web sites. A deck fitting is a deck fitting.

I have an eddyline Journey (pictured) but you can’t call them sea kayaks. Good price, look nice, good for many people. Thermoforned has it’s drawbacks. Friend had a Raven not durable like I think a sea kayak should be.

I would not mod it unless it looked like factory did it.

@Celia
I was thinking about this today and recall that when my instructor suggested adding end toggles, he had already examined the perimeter lines for tension (he did that with all the kayaks). Said mine were fine and made no mention that it needed additional line; only that I should figure out some way to add an end toggle. There’s never been an issue finding a perimeter line to hold on to during exercises or rescue practice, so if it ain’t broke, I won’t fix it. If there’s an end toggle near the bow or stern, I think that’s what would be grabbed before a static line along the edge as it’s quicker.

As to the black fitting, it measures two inches long and one inch high. It has two solid channels to contain rope (bungee at present). Like you, I’m not inclined to drill holes in my boat and think that fitting will work. My only concern is the positioning of the toggles. I had planned to follow your suggestion by doing a temp install on my kayak down at the lake and capsizing it, but it’s been very windy and gusty (20 kts), so maybe tomorrow things will quiet down. Much appreciation for your kind and relevant advice.