I know a lot of folks on here knew Bob as at one time he was very active on this board, plus he sold and bought canoes all the time and yes we all know he was a hard guy to bargain with, LOL. I wanted to share his obituary as he passed away on December 23. He’ll be missed at out annual Ozark Rendezvous gatherings but we know he is paddling with friends that have gone before him.
https://hedgesscottfuneralhomes.com/tribute/details/4192/Robert-Gitchell/obituary.html?fbclid=IwAR3_OzcyBXM3zqHVwdmM6VBckn60_WiC6jKZNtxeGNOxPuMHKlxyOpPsJdU#tribute-start

He was a genuine paddler of the toasted marshmallow variety. Rough outside, soft inside.

He was an excellent paddler, could hit eddies 6" bigger than his boat. A first class raconteur, we should share his stories in remembrance; A vet with two tours in VietNam, two purple hearts; Sunrise player of Chicken Train. He and WildernessWebb were the Ozark Rendezvous founding fathers.

He was a man, take him all in all, we shall not look upon the like of him again.

I always enjoyed his posts. I liked his taste in canoes (Blackhawk) and motorcycles (VMax). I’ll miss him on this forum.

I absolutely hate to see this. Among others, Bob’s posts were both an education and inspiration for me to get back on the water after some time off. He loved the Eleven Point River as I do as well, and I always meant to visit with him about his time there, but sadly I never got the chance to meet him.

Thanks for sharing The Bob’s obit. What a great tribute from his daughter. A life well lived in a web of family and community.

Paddle on in Grace.

I always enjoyed paddling with Bob and was sad when he cut his stays at our Ozark Rendezvous shorter and shorter and then stopped coming altogether. Among other things he had a real knack for finding vintage canoes in near pristine condition, often at absurdly-low prices.

I know Bob had a big influence on a lot of paddlers and wish I had had the opportunity to get to know him earlier than I did.

I’m shocked, as I always am when someone I perceive so full of life dies. I never met Bob, but always enjoyed reading his his posts, here and elsewhere, and seeing pictures of his beautiful canoes. We had some private exchanges about classic canoes and paddles he was thinking of acquiring. Condolences to his family and god bless.

I purchased a boat from Bob and sent him some worn kid canoe paddles to refurbish. Always a nice guy and he will be missed.

I never met Bob in person, but like others I always enjoyed his posts. When I started here around 2005 he was one of a small group of open boaters that were already old timers here – along with Clarion, ezwater, Yanoer, Glen MacGrady, Kayakmedic and others. There were always great discussions on solo boats and paddling techniques back then. I bought my first boat – Bell Yellowstone Solo – in part because “The Bob” had one in his fleet and recommended it. I went back and looked at some of those old posts and found this – Bob’s description of a great day on the water:

It’s sunny; water level is good, river is not crowded, I’m with good friends. I just did a drop over a good class 3 ledge. I ran a perfect line, little or no correction strokes need, took on a pint of water. Adrenaline is pumping, smile on my face, I eddy out, boat bumps shore, buddy standing by with throw rope says, “nice line Bob”.

I have to agree, that is a great day. Rest in peace Bob – I know you had lots of great days on the water.

I always read “The Bob” whenever he would post. I am still jealous of his great canoe collection. Love his bluntness and humor. Would have liked to have met him as many here have already said. In the wise words often quoted here “Paddle On!”
I also miss ezwater seemed like they were from the same mold.

“A life well lived in a web of family and community.” That is a great way to have lived! His daughter’s Obit spoke eloquently about that.

Such a lovely obituary!
After some blunt correspondence, The Bob invited me to test paddle one of his canoes near his home at Camdenton, Missouri. He introduced me to his wife and paddle partner JoAnne, then led me on a tour of several dozen beautiful canoes stacked closely in at least two buildings. Enjoying a drink with Joanne, he shared some key moments of his life. Turned out we’d had our first taste of the Hailstone in 1976. On several levels, I was wowed. Hoping to see you downriver, Bob!

As I recall, a lot of very precise thoughts went into his posts way back in the early pnet days. He was fun to mix it up with too, --Always signing-off in the same way with…

(Indeed, I didn’t even know that “The Bob” was actually the name of a canoe, and that he owned one at some time.)

Well, here’s to the Bob:

I was shocked to read about Bob! I had been corresponding with him this year, and discovered his love of the Blackhawk boats. Bob probably had more knowledge of them than most, and enjoyed discussing them with him. I just recently purchased a pedestal seat from him for my Blackhawk Proem project, and though not the original seat, it is more comfy. It was with great sadness I read this, and still a little shocked…and in honor of Bob, going to name my canoe after him! From now on, my boat will be called “Bob”! It reminds me of him…at first encounter, its difficult to master, but once you understand it, it brings great joy and pleasure to understand what knowledge and joy it brings in padding! Everytime I go out on the water in the Proem…will think of Bob, and his love of these boats. RIP Bob…thanks for passing on, and being a keeper of of these wonderful boats. 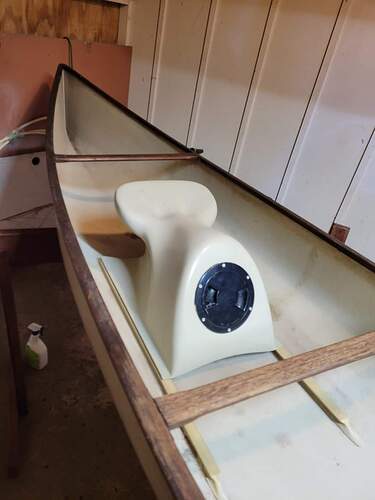 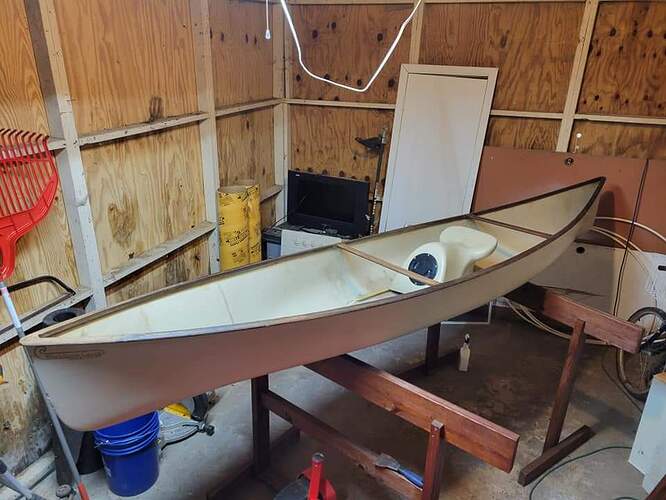 What a bummer to read. I hope it was quick and has not been too hard on his people.

He wrote lots of posts, had an interesting and well sampled taste in hulls and paddles, and I appreciate all his activity here and the site’s record of his take and opinions.

Bob was nice to me through correspondence. He once freely sent me some NoS stickers for a Blackhawk zephyr. I’d always figured I’d meet him someday buying one of the canoes he’d decided to let go.

Alas, it is a short life. I’m going to get back to getting busy living.

The Bob was one of those individuals that knew boats. His fleet was one to be admired. The obit from his daughter shared the type of man he was. Rest in peace “The Bob”.