Fast kayaks like the Rockpool Taran, but with larger hatches for multi-day trips?

In recent years the Rockpool Taran seems to be a frequent choice of expedition kayakers looking to break records, most recently for Icelandic kayaker Veiga Grétarsdóttir’s solo 2,000-kilometer kayak trip around Iceland, against the current. And an experienced kayaker friend who has paddled one for several years also finds it quite stable in motion in wavy seas and easy to roll. However, it has SMALL hatches, particularly the front hatch, which means it’s harder to pack and unpack daily for multi-day trips. Quick unpacking and packing makes multi-day trips so much more pleasant.

So I’m looking for suggestions for a faster kayak that offers good stability in wavy conditions, that has hatches that lend themselves well to packing and unpacking. Use is for both multi-day trips and coastal day tripping. I’m 6 ft tall 172 lbs, 34 in. waist and 32 in. inseam and size 12 shoes. My wife is 5 ft 6 in. tall, 125 lbs, 29 in. waist, 30 in. inseam. Appreciate any suggestions. Ease of maneuverability would be nice, but it doesn’t have to be on the level of a rock gardening kayak because primary use is tripping.

We’re going to try a P&H Cetus MV soon. No idea how it performs in terms of speed, stability and maneuverability.

By the way, the Taran comes in 18 ft, 16 ft and lower volume lower deck 16 ft Tarantella models. The Tarantella lower deck is too low for my legs to be comfortable, to give some idea of volume for me.

Tiderace Pace Tour 17 and 17S - longer waterline, ruddered kayaks, more similar to the Taran than the Cetus is, and they have oval hatches forwards and aft. (The Cetus also has a small round forward hatch, and is a skegged, British style kayak). The Epic 18x/18x Sport would fit the bill as well.

Thanks Brodie. Have heard good things about the Tiderace Pace Tour and have heard about the Epic 18x. You’re right, they’re both ruddered kayaks like the Taran, which tend to be very efficient over long paddling distances (less need for corrective paddle strokes). I may be able to try the the Epic soon.

I’ve mostly paddled skegged boats up to now, and occasionally a ruddered boat with outfitters. I think skegs and rudders both have their place. Some kayakers see it as an either/or question, saying that one or the other is bad/prone to failure, but they both can jam/fail.

Hi KayakingOtter. Please forgive me, but when I read this, I started chuckling. It’s quite a gamble to love the way a kayak handles on multi-day paddling trips in wavy seas, and trade it in for something with bigger hatch openings. In the whole scope of things, it’s odd what we allow ourselves to become frustrated by sometimes. I know I often find my own frustrations to be a bit irrational. But who knows. You may find you like something else better. That’s probably why I have so many sea kayaks. Not the hatches thing - but the experiencing different hull designs thing.
I don’t know if anyone makes the KajakSport Viviane anymore, but that has very large hatch covers, a lot of packing room, and is designed to be a fast sea kayak. It’s not as stable as the Cetus, I haven’t paddled a Taran, but I find it stable enough. It rolls like a sea kayak - I’ve never had an issue with that in the Viviane. Mine has a skeg, and came equipped for a rudder, with gas pedal footpegs and all. I just don’t know if they’re being made anymore?

Freya Hoffmeister used an Epic 18X on many of her earlier trips. They seem to have decent sized hatches. That said, I was just with a guy last weekend who had a 16X and the hatches did seem to let some water in during some rough water play and rescue practice we did.

She is using different boats now. Not sure which any more, but might be worth considering those also.

Of course, the Taran being composite, it wouldn’t be that hard to install additional or larger hatches.

As KayakingOtter said, the Epic 18x is a good choice and the hatches are bigger than what the Rockpool looks like. I’ve had one for several months now and it is fast and light. I haven’t had it in rough water yet ( I tend to stick to my familiar Chesapeake for that) but I have seen some fairly extreme ocean trips with it on youtube. Like most high end kayaks, finding somewhere that you can test paddle one may be a tough one.

I don’t have any knowledge to contribute, but wondering how the old QCC 700X compares with the kayaks being discussed. Would that be a competitive option if they were still being produced? I have a 600X and the hatch covers certainly seem nice and large.

I’m sure she received compensation from Epic. She has had problems with her trips using them also… 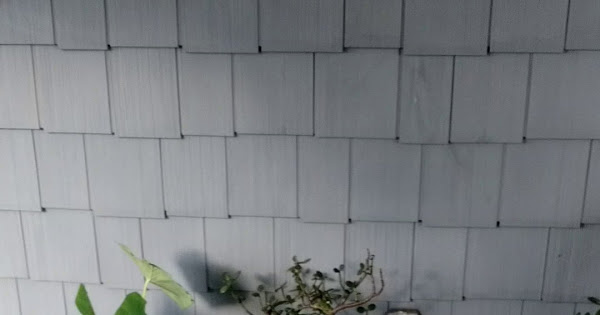 Expedition not Exposition as I said.

Perhaps look at a Seda Glider, may fit your criteria.

Freya has been using a custom Point 65 Freya 18 for nearly a decade I believe, which Point 65 lists as discontinued. She wrote a detailed review here. It has quite a distinctive shape, particularly at the sides right in front of the paddler.

Hi CapeFear, you are forgiven

However, you’re totally changing the meaning of what I’m looking for. I’m not looking for large hatch covers; and I’m not looking to trade speed, stability and maneuverability for large hatches. I’m only asking which other fast models there are out there that offer an easier to pack hatch, particularly the front hatch. It doesn’t have to be massive - it just shouldn’t be small.

Other kayakers I know have commented on the small Taran hatch, including a longtime member of Bay Area Sea Kayakers who remarked on exactly this during an excellent presentation he gave on multi-day expedition kayaking (highly recommended with lots of good tips - just search their youtube channel - I think the video is from 2020/early 2021). After watching that video, you’ll have a good sense of why a small hatch to a large storage space can be a real pain when packing and unpacking daily.

This Extreme in Kevlar popped up on CL recently and I thought of this thread. It’s at Lake Powell and may be just the thing for someone. No affiliation with the seller, etc. etc. etc.

Used Current Designs Extreme Kayak for sale. 19' boat, kevlar composition, extremely light for size at just 48lbs. Stable and maneuverable, but very fast. Lots of storage, all seals on the...

I think that’s lust at that price.

I’m actually selling a CD Extreme HV for a friend here. It is a fast boat, good in rough water, and surprisingly nimble with the rudder up considering it is 18’10" long. If I were looking to paddle long distances fast, self supported, this boat would be high on my list. It needs to be out of my garage too.

One in NY but way upstate for 775 looks in great condition.

Where are you located?

Looked at the photo, the only place I see any smaller hatches are in front. Guessing the one nearer the cockpit is actually a pod, so down to just the forward one. Rear is already a good sized oval.

The Taran hull is more tuned for speed than the kayaks that sprang to mind, like Nordkapp line where there is a large oval front and back. But unclear exactly how much speed you need.

If my memory is correct, Jeff Allen also had a hand in some of the Tiderace designs. The page I pulled up indicated he was one of the designers of the Taran.

PaddleDog52, I’m in SE Michigan, Just north of Detroit. If you decide your interested we’d be happy to arrange a demo/meetup somewhere within a few hours of us. We like paddling new places and meeting other paddlers, so no worries if it isn’t for you. It’s priced to sell. We just updated the advertisement with all of my friends gear, but if you don’t need any of that the price is 1000. It’s a steal in my opinion.