Finally got out for some Fall Camping

I missed my spring camping trip this year due to COVID-19, so I was bound and determined to do something this fall. Last weekend I got out for a three-day (two-night) trip on the border of NH and ME (yes, out of staters got COVID tested). We paddled down the Magalloway River from Wilson’s Mills to Lake Umbagog, across the upper end of Lake Umbagog to the Rapid River, and then back across Lake Umbagog and down the Androscoggin River to Errol. The trip was dictated by the availability of campsites. The State of NH campsites are closed, but we were able to book the Northern Waters sites on the Magalloway (Diamond Peaks) and Rapid River (Cedar Stump). Weather was beautiful, the foliage was great, and we had the place pretty much to ourselves. The only problem was that it didn’t last long enough. 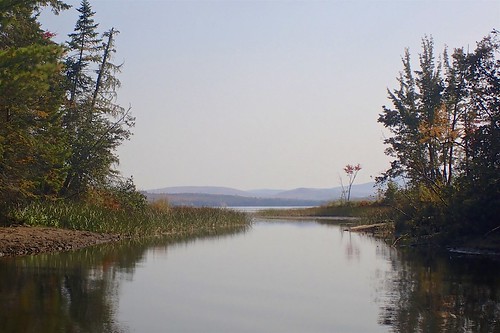 Wow! We never see that here.

Spectacular colors! Is that green Wenonah a WWC1?

Just came back from 3 days in the ppines with my dog. Now I feel a lot more normal. I did not paddle, but it was great to be in the woods. A bobcat crossed in front of my truck on the way home. Next up lake fishing with my brother.

Dang, Looks like you hit peak colors. Looks like a wonderful trip. As long as this Covid-19 situation is upon us (and we’re seeing a heck of a spike here in Wisconsin - rates have tripled in the last month) river running and shuttles seem pretty risky. Makes those lake trips seem like the best alternative. I envy you that one.

Last week I loaded up a couple boats on the trailer and headed up to Sylvania Wilderness Area (On the line between Wi. and the UP) to meet up with Fishdoc, GuideboatGuy, VeggieAnnie, SisterRena, UperChick & Tom and, of course, PuffinGin for the Darryl Bathel (AKA DuluthMoose) memorial paddle. We’ve been doing this for 10 yrs now. (Can you believe its been that long?!)
I won’t go into detail, but three hours into the trip the U-joint (OK, propeller shaft as they now call the part) on my car let go. On Friday after the garages closed till Monday… Put the kibosh on paddling. Had to take a motel room. PuffinGin came down and picked us up and returned us to our room after, so we got one rainy night’s camping out of it and got to spend time around the campfire with everyone for breakfast the next morning. Fall colors were spectacular. It was great to see the gang again. But this might just be the most expensive night’s camping of my life. Its not so easy to watch friends take off paddling and be stuck on shore.

Great to see your trip went better, though. That really is beautiful country and it looks like your timing was perfect. Congrats.

Spectacular colors! Is that green Wenonah a WWC1?

It’s a Prism - worked great for Julie and her pup.

Dang, Looks like you hit peak colors. Looks like a wonderful trip. As long as this Covid-19 situation is upon us (and we’re seeing a heck of a spike here in Wisconsin - rates have tripled in the last month) river running and shuttles seem pretty risky. Makes those lake trips seem like the best alternative. I envy you that one.

Yup - things are spiking in WI, but things have been pretty bad here since spring - return to school and college hasn’t helped. Travel to ME from RI and MA required that we get COVID tested, but we decided as a group that it would be a good thing to do anyway. This was actually the first car shuttle I’ve done since March.

Sorry about your car - that’s a bummer. 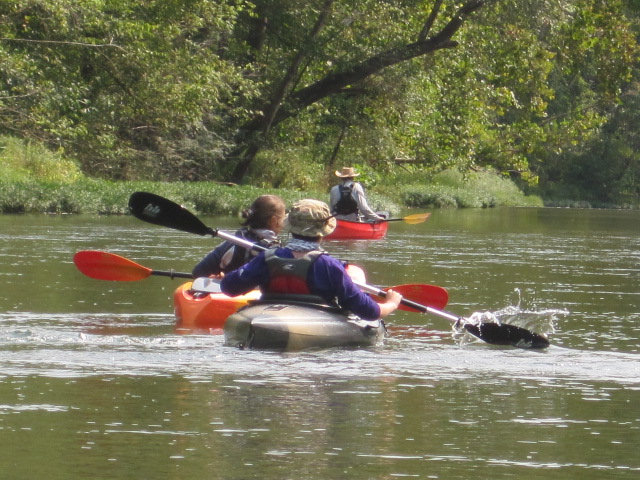 My wife and I(both solo canoers) organized a moving water trip (base camping) on the Current River in Missouri for my cousin, his wife, and their 13 year old son.

First time we had seen my cousin in over 15 years. We met his wife and his son for the very first time. For the past 20 years my cousin has lived and worked in China. He met and married his wife there.

All 3 of them are basically rookie kayakers. My cousin use his mostly for fishing. All of them do most of their paddling on the small/quiet lakes
they live on/near in Arkansas. Not very experienced…

This trip introduced all 3 to a moving water river. Bottom line, they loved it, and are very interest in doing more base camping again, doing some faster moving water, and doing some overnights out on the river. I assured them my wife and I can make it happen. Looking forward to doing that.

I did a little basic classwork with them on what to do and what not to do.
We sandwiched them between me in the lead, and my wife pulling drag when on the river. Had one dump; cousins wife did just as she was instructed. Grabbed kayak, and paddle, and swam hard for shore. I helped her by bumping her boat towards shore. Nothing else was necessary.
She bailed it out, and we were back on the river in 15 minutes.

I have included some “here’s what I’ve been rambling on” about photos.
A great time was had by all. Very, very few other paddlers on the river.
Felt like we owned the river; didn’t bother any of us.

Yeah! it was very stressful for me, as you can see in photos; but somebody’s gotta do it. We were really roughing it!!! 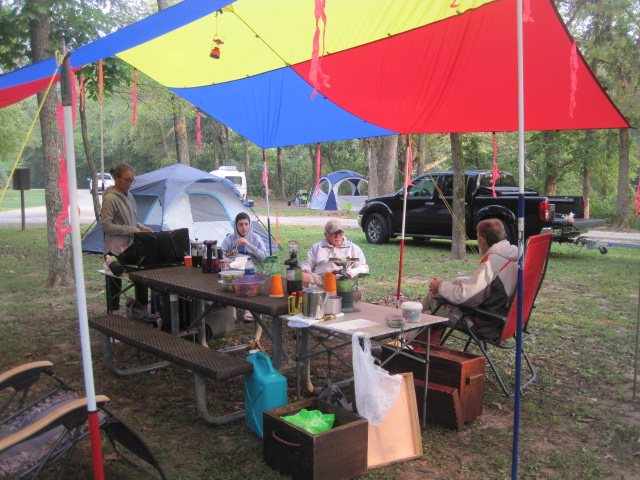 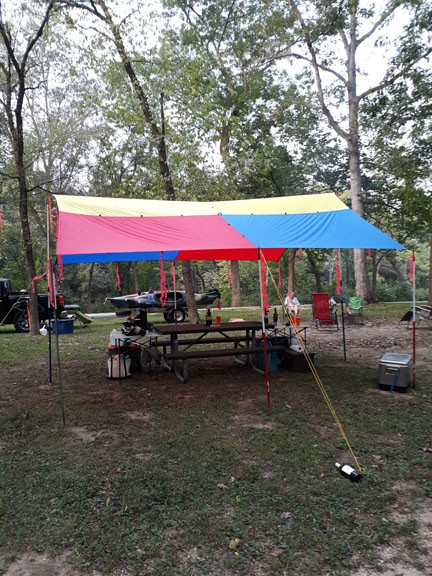 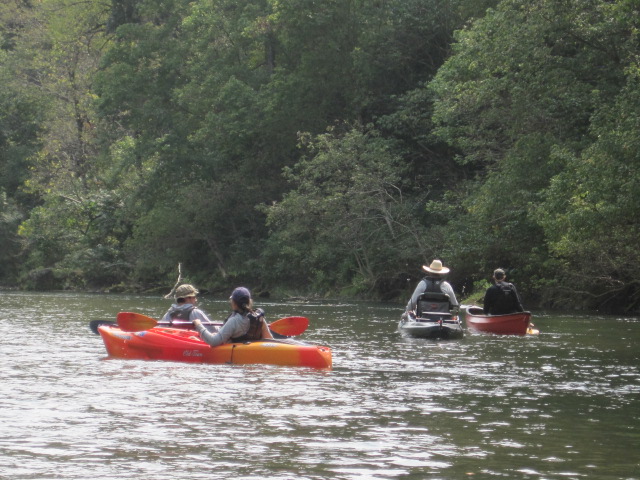 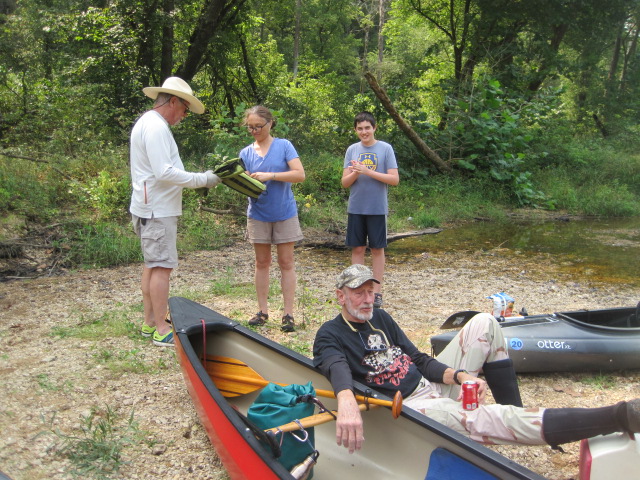 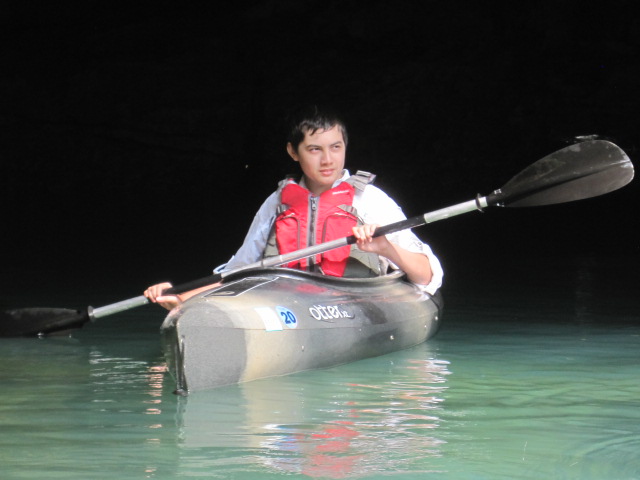 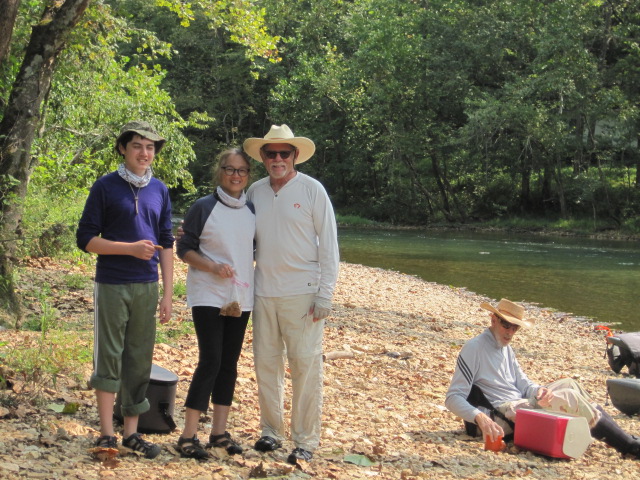 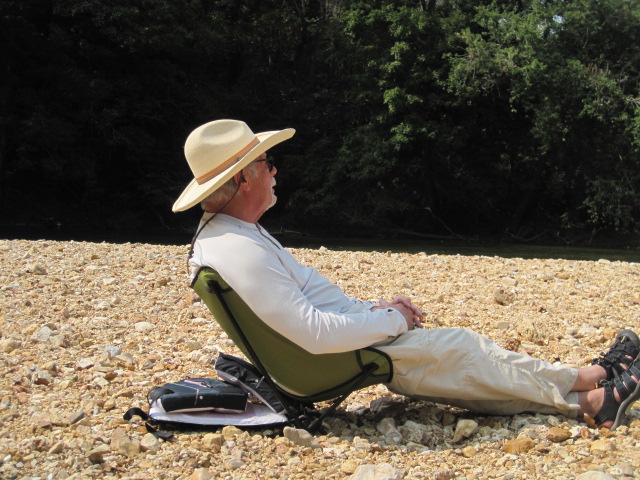 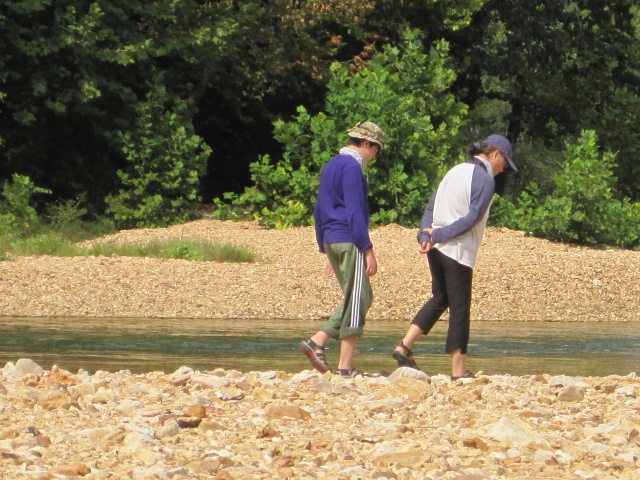 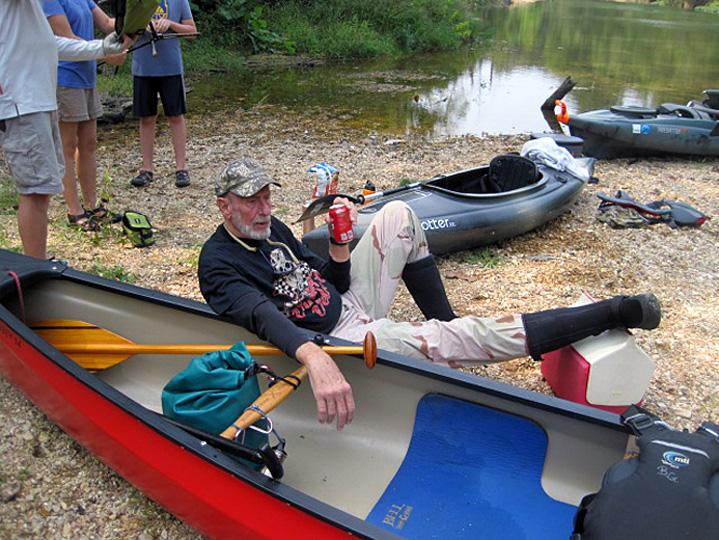 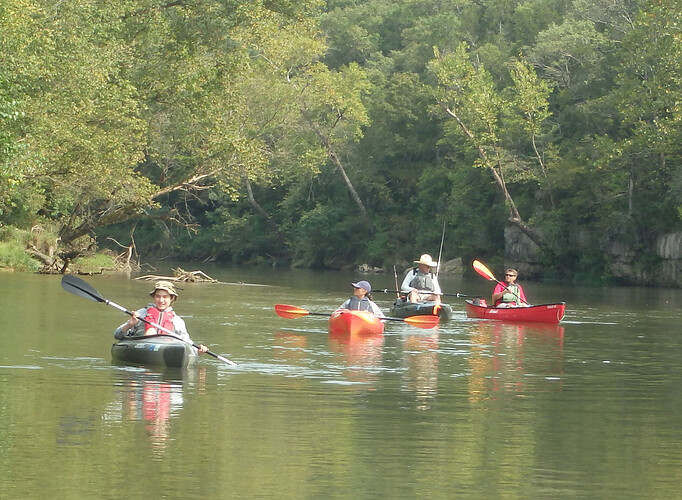 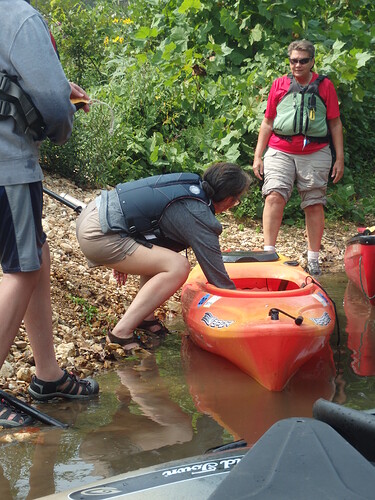 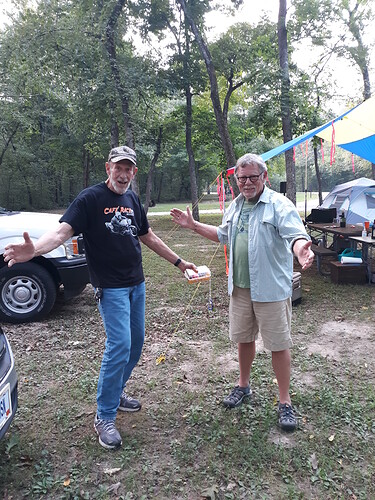 You really need to learn how to kick back and relax, Bob. You look like a raw nerve in those photos. 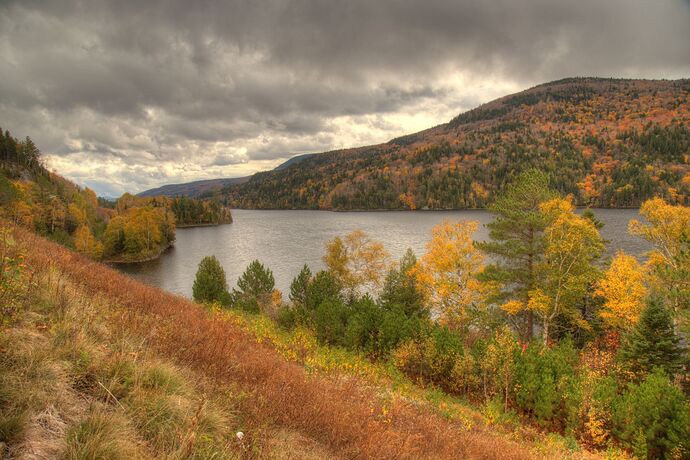 IMG_4740_1_2_3_4_tonemapped resize1920×1280 445 KB
Fun to look at all the camping photos.
We have not had any appreciable rain in Maine all summer.
We went up to Flagstaff Wed. with hopes of paddling on it and some other lakes It was pouring. Thursday was windy. Friday it poured again and Sat I just wimped out… Not eager to jump in the boat at 38 degrees with an unexpected wind… We were going to paddle the Chain of Ponds about five miles from the Quebec border.
The colors were ok but are all done now.

Took another look on a larger screen and needed to comment again. Once again, great photos. You live in beautiful country! The colors are insane! Thanks for posting.

I think those colors are better than just “okay.”

they actually are blah. I did a five exposure HDR shot so those are the colors that were there but my eyes saw different! That is a blend of the five exposures.

The drought brought Fall on early and fast and boom boom done.

October is one of the best months in the Sierra. Headed out next week for my second trip this month. We will be fly fishing on a lake with a drift boat for big rainbows.

Beautiful. Has inspired me to think about a fall New England trip.