Have you named your boat or added some special graphics?

I have been thinking of adding something special and unique to my new boat.

Have you named your boat or added something special to it to make it unique and yours?

What have you named it?

My wife and I both ride custom road bikes and I had my builder air brush a frog on the top tube. And yes, the frog is a long story.

Your boat should earn or deserve it’s name.
Had a grandiose craft named “Tangaroa”
A playful named “Tangles”
And then there was just plain old “Fred” Funny, I just heard the song Going Mobile by The Who on the radio today. It made me think I should name my kayak “Air Conditioned Gypsy”. While the name isn’t official yet, I call dibs on it!

It is all yours! 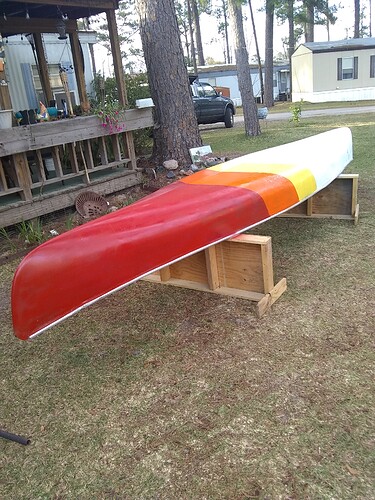 Who Is This Paddling Wolf?

Well, if he ably maneuvers his kayak through stormy seas, he’s an:

If he adds the 300mm to the DSLR while resting the paddle and bobbing in hull 200 yards offshore of the nudist beach, then:

Perhaps he’s smuggling in his canoe large pack animals through narrow passages off the Chilean coast:

Or, keep’n it not so fa away, perhaps he can paddle down the Challs to join Beantown’s St. Paddy’s Day Flotilla:

Of all the canoes I’ve ever owned, I only named one.
It was a purple colored Mohawk Probe 12 II, whitewater solo, which I named “Purple Haze”." Some how, some of the lyrics of the Jim Hendrix song of the same name seemed appropriate; considering where I was going, and what I was doing in it.

My wife has a Mohawk Solo 13 she paddles.
No name, just 2 decals I had made, that show Snoopy, doing his happy feet dance on both side of the boat’s bow.
BOB

The only canoe we have a name for is a Curtis LadyBug that we bought used. We call the canoe “Betty” because that was the name of the previous owner. It just seemed fitting because we were honored to be paddling a canoe that she had enjoyed for many years. I’m sure it was difficult to let that boat go. I know it is for me when I sell a treasured canoe.

I’ll be picking up a Curtis Northstar this spring and we’ll probably give that canoe a name as well. Provenance deserves some respect.

My wife and I met because of a snapping turtle. Our motorhome is named “The Turtle” (hard shell that moves slow that we live in) and it, the trailer we haul the canoes with, and all our canoes all have our “Snapper” logo on them. I just got a new web site done and that uses our snapping turtle as a logo also.

Our boats are all just called by their model names Malecite, Spitfire, Rapidfire, etc. 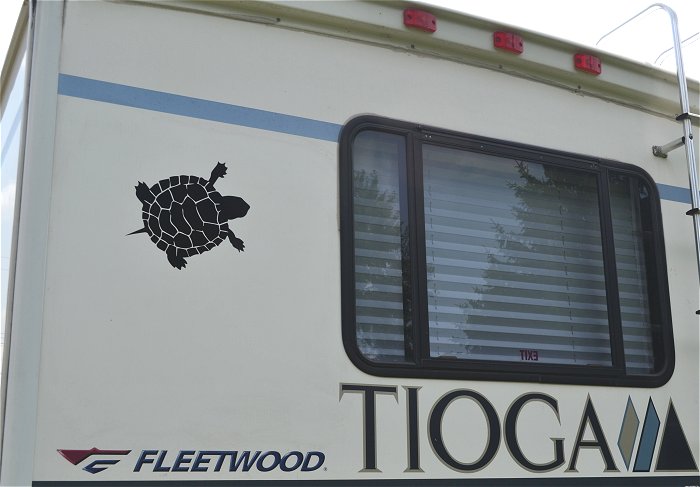 Sailboats were named “'Blue Moon”, first boat had a cut out for an outboard and the name fit symetrically on the transom, second boat, inboard diesel, with a brand new blue awlgripped hull.
Canoes, dinghys, and assorted paddling craft…too numerous to name, though some got USMC, NPMB (Northeast Paddlers Message Board, I sponsored a rendezvous and got a messload) and MTB (mountain biking) stickers…“Rock Shox” an appropriate favorite.

Who Is This Paddling Wolf?

Well, if he ably maneuvers his kayak through stormy seas, he’s an:

If he adds the 300mm to the DSLR while resting the paddle and bobbing in hull 200 yards offshore of the nudist beach, then:

Perhaps he’s smuggling in his canoe large pack animals through narrow passages off the Chilean coast:

Or, keep’n it not so fa away, perhaps he can paddle down the Challs to join Beantown’s St. Paddy’s Day Flotilla:

Wow, those are good. But I’m still stuck on Pictures of Lily Dippin’. Daddy ain’t gonna sleep at night until he figures it out.

I just bought my first kayak and had originally wanted it in the bright green or yellow colors because they’re supposed to be more visible to other boaters on the water, but because of 2021 and stock levels I got the only one in stock which was blue. I’ve been wondering about putting some brightly colored vinyl decals or paint stripes or something, but I also don’t want to do anything that might degrade or cause issues for the ABS plastic. (Thermoformed kayak.) I’m not sure how to find out what’s safe to use.

Yes.
My power boat is Dark Star. My drift boat is Dire Wolf. I have painted lots of Native American artwork on my canvas Old Town over the years. For the Upper Missouri R in MT a Charlie Russell buffalo skull.

There are a lot of outdoor-hardy vinyl stickers at hippymotorsUSA.com. Nice little family business. I decked out my vintage motorhome and my hard shell kayak with their colorful bits (which hold up well to the elements but can be removed by heating with a hair dryer on high.) Easy to apply and shouldn’t hurt the plastic at all.

I’m not one for naming my boats, cars, motorcycles, etc, but my wife named her board after an inside joke between a few friends of ours… 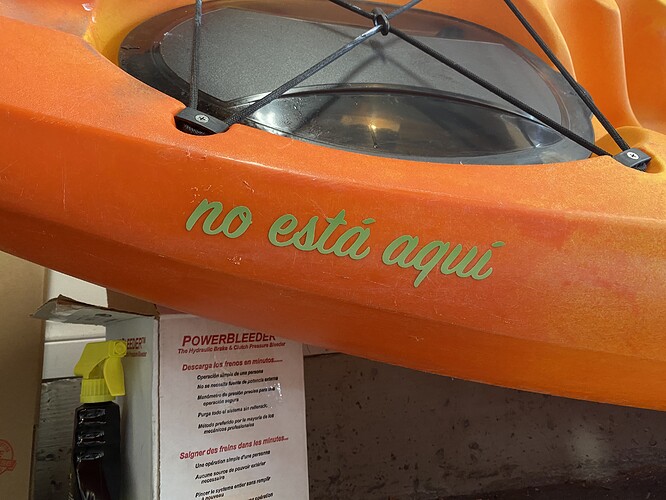 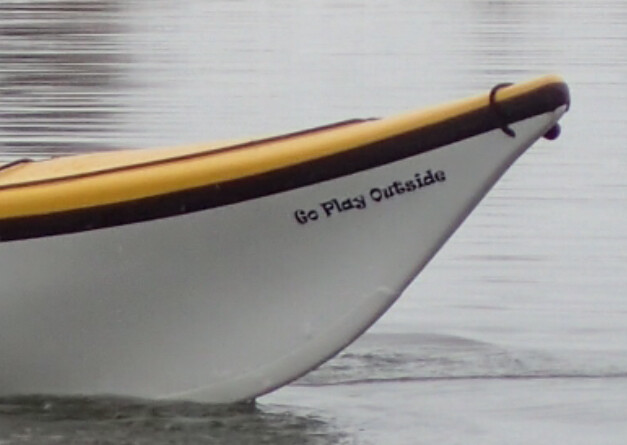 My first kayak, I built it. 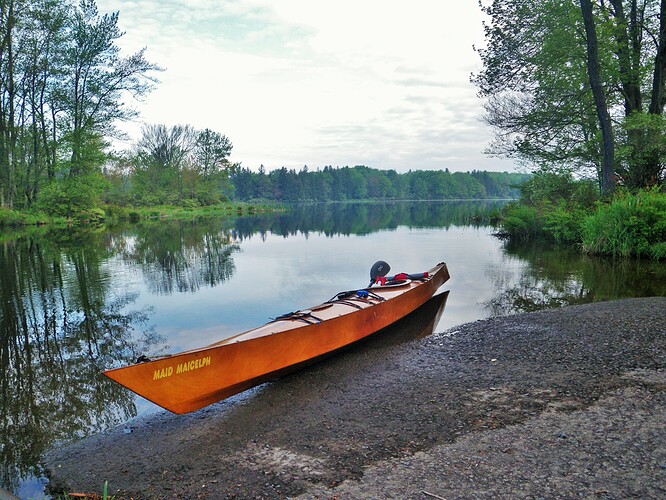