Help me identify this mystery kayak

I bought this kayak for $175. There is no stamp, no serial number, no brand, no stickers, nothing. Obviously it’s a 90’s river runner. It could be a custom mold color, but I think the answer is in the handles and ridges. Most outfitting seems original. 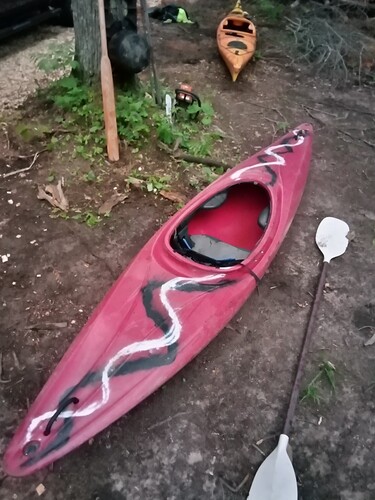 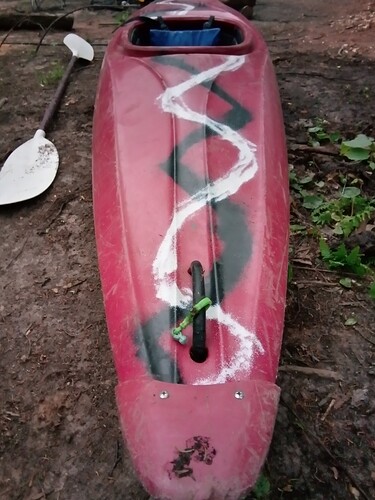 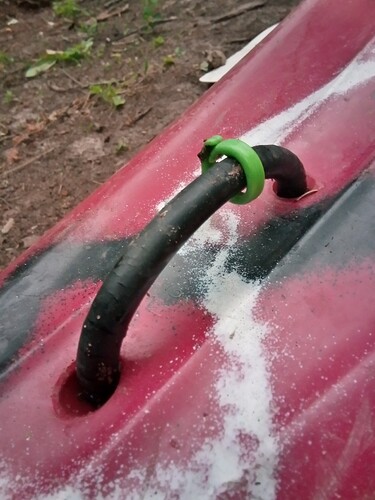 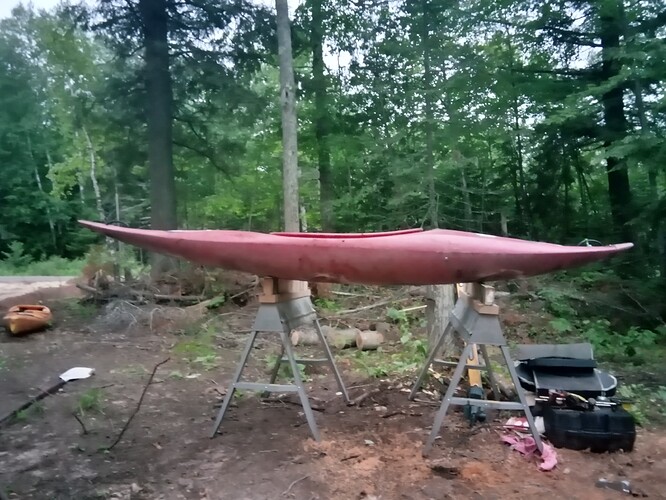 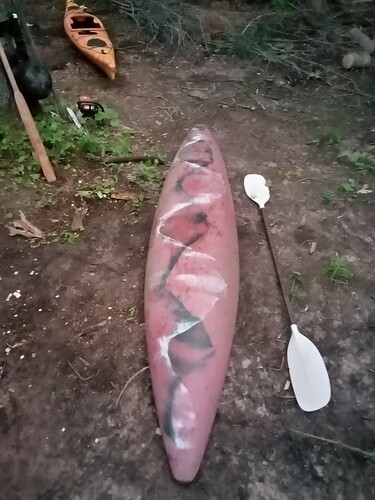 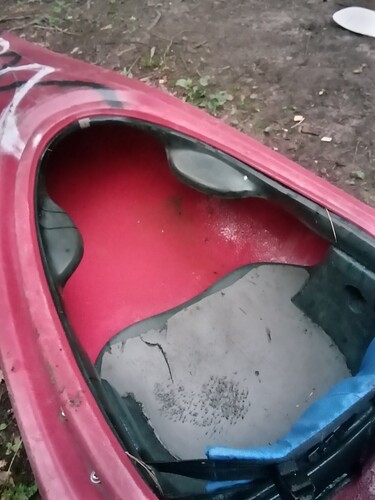 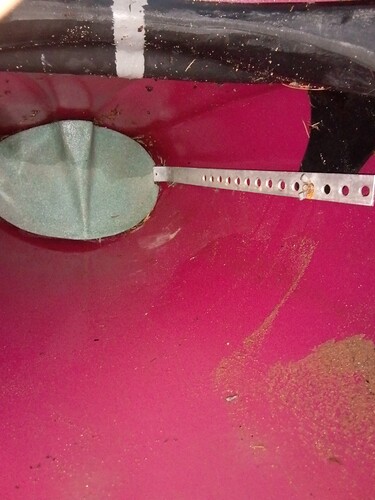 Profile and interior outfitting looks like one of the older Dagger river runners. Interior foot setup same as in my Piedra. Same era as the Animus. But there were a number of models from then.

Looks a little too stretched to me, but it has been quite a while since I have seen an RPM. Maybe??

I had an RPM for several years and recall that the ends were more snubbed than that.

It seemed like Dagger and Perception had dizzying dozens of different ww models every year back in the 80’s and 90’’s. There are a lot of their old catalogs archived on line which might help with ID.

The profile looks like an RPM, and the adjustable foot foot block looks like the one in my RPM, but the bow cap, and molded in for-aft creases say it’s not. Whatever it is, it seems to be missing the big foam block that sits between your legs in to prevent entrapment. I’d add that before taking it on whitewater.

Definitely not a Dagger RPM or a Perception Pirouette. Nor do I believe it is any Dagger or Perception boat. Dagger never even produced a kayak until 1990 when they introduced their first model, the Response. It didn’t look remotely like that boat nor did any that followed in the first half of the 1990s.

That boat has an adjustable bulkhead foot brace as do many modern whitewater kayaks. Those that do sometimes do not have a forward central foam pillar. The bulkhead itself serves the purpose of preventing collapse of the front of the boat.

I would say that boat dates back to the late 1980s or possibly very early 1990s. The foredeck mold lines are somewhat reminiscent of what Prijon used back then. Prijon was one of the first makers of kayaks available in this country that utilized adjustable bulk head foot braces in their boats. Perception and Dagger followed suit a few years after.

It appears to have a rather large keyhole cockpit opening for its vintage.

No, the seat pan on Perception kayaks of that vintage extended forward and the movable bulkhead footbrace was secured with two screws each side on all the models with Proline outfitting. And the Proline kayaks with bulkhead outfitting did have a vertical central front foam pillar with a slot-like channel cut in it to allow the narrow center of the bulkhead to run through for adjustment fore and aft.

Wonder if it’s a Pyranha? They made models like that in the mid 80’s and also outfitted some pretty gnarly whitewater expeditions so I wonder if that odd reinforced nose was a custom feature on a boat they made for something like that.

I suspect the pillar was there but someone took it out.

I was just looking at the Piedra Friday afternoon because I may have found a good home for it. It has exactly the foot braces pictured by the OPer.

That said, I agree with others here that the ends are sharper than I recall from the Daggers and the inset on the deck is more like the Perception boats. But given the really dizzying array of these boats that Dagger as well as other manufacturers were putting out for a while, lots is possible. My husband and I stopped by the West a couple of times at the takeout, and we saw models of old school boats being pulled out we never saw before or since.

Hmm, maybe I am wrong in thinking that boat isn’t an RPM. I dove into my email archives to see if I had shots of my old orange one and found this Playak review which looks an awful lot like that red boat, including the big cockpit, the seat, the handles and the design molded into the stern deck. I suspect the image in the review is horizontally compressed a bit but the profile is a lot “pointier” than I remembered.

If that’s what you have, lucky you! Great all around fast water boat. I was really bummed that I could not ft in the RPM. Tried it a couple of times but my legs and “duck” feet were just wrong for it, couldn’t rotate my thighs and knees up under the coaming without having my ankles wrenched so far inward my feet went numb and my calves cramped. Reluctantly sold it for what I paid for it to somebody who was a perfect fit.

It is definitely not a Dagger RPM or any other Dagger kayak. I paddled virtually all Dagger whitewater kayaks that were produced in the early and mid 1990s including the RPM. No Dagger kayaks existed before 1990.

Even a 1995 Transition? Sure looks like the same profile. Not that there were not similar models across various marques.

Yes, Transition as well. Dagger’s outfitting was nothing remotely like what is in that kayak. Dagger whitewater kayaks of that vintage all had webbing broach loops on the fore and aft deck near the cockpit. The seat pan elongated and ran the entire length of the cockpit and had a bracket at the front to support a central foam pillar, and had a trough with a shock cord loop to secure a water bottle. 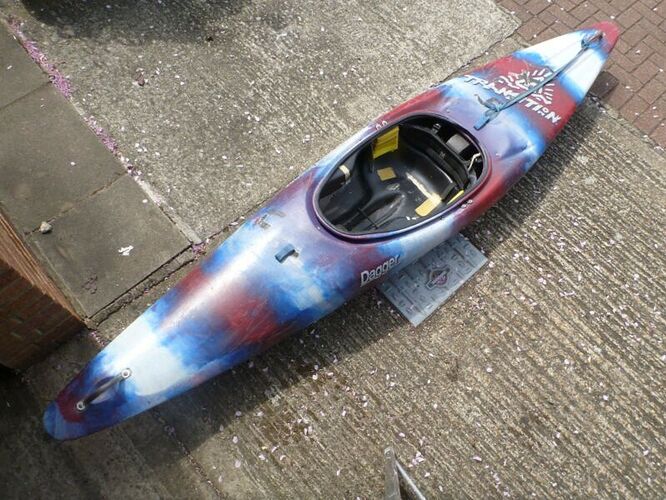