I enjoy reading the Craigslist listings for canoes and kayaks. Mostly I’m looking for a good deal on a decent model I’ve always wanted to try, and haven’t had the chance. But there are nuggets of humor hidden among the generally informative and descriptive ads posted there. Some of which are so unintentionally funny…
.
I always get a kick out of the minimalist ad.
“For sale, red canoe. $500.”
Period, end of story. No pics, no nothing. Practically sells itself, right? Red ones are the best after all.
Sometimes it will come with “two wood oars.”
.
.
I also see a recurring theme in the ads featuring some of the entry level poly models.
“Like new, only used twice.”
Because that about how many trips it would take to realize, “dang, this thing is heavy. I am not doing that again.”
That’s usually followed with,
“Bought new last year for $900. Willing to let it go for $800.” (I did I mention it was like new, didn’t I?)
It comes with cupholders you say? My that is a bargain. If only one of the seats doubled as an ice chest, then we’d really have something. It does? That’s Incredible! How can you part with such a treasure?
.
.
My favorites have to be the, “I have no clue what this thing is and I’m just going to guess.”
.
There was recently an ad for a “Coleman Canoe.”
So far, so good. That’s actually a thing. And then in the body of the ad, they mentioned it was the infamous "MadRiverAdventure model."
That’s a thing too. Just not the same thing. It’s like selling your Ford car that’s a HondaAccord model. Maybe they are thinking, all canoes are Coleman. Like some people think all hot tubs are Jacuzzi’s.
.
Too often (and really, more than once is too often) I’ll see a listing for a “kevlar” canoe, that from the pictures is clearly not kevlar.
Royalex seems to throw some folks.
“It’s obviously not aluminum or fiberglass and it’s not like any plastic I’ve ever seen, so it must be kevlar. I don’t know what kevlar looks like, but I’ve heard they make canoes out of it, and I figured that must be this.”
…is basically what one guy responded back to me when I mentioned what he actually had.
.
.
Surely I’m not the only one who gets a chuckle from some of the ads on CL, am I? What funny listings have you seen?
(and don’t call me Shirley)

My favorite was “Kyack for sale.”

Also, I love the people who just write “kayak” in the title, and the price is something like $1500. You’d think if you had a boat that might be worth that much used, you’d know to put the make and model in the ad.

And it seems more than half the sellers of $$ used paddles do not mention length.

But that’s what makes Craigslist fun!

See “Best of Craigslist” for a variety of strange or hilarious ads.

Fun thread. I also see humor in a lot of craigslist canoe ads.

Sometimes the owner helps alleviate any concerns you may have about weight “lightweight, only 75 pounds”.

Lots of ads are trying to get you to overpay for Royalex boats. “Rare”, “hard to find”, “collectible”, “highly desirable”, “lightweight”, “incredible material”, “they still haven’t found anything to replace it”.

And talk about rare, here’s a 20 foot Malecite. Maybe the owner added 3 1/2 feet to it. Looks like it might have only one bullet hole.

And talk about bargains, how about a 15 pound hand made racing canoe in excellent condition for only $600? It looks like you can even race it using cheap plastic paddles that are too long for you.

Well, the race boat probably was one in the '70s. 15 pounds though … I’d guess that the paint & hardware weigh that much. Fiberglass it’s probably 50+ pounds. You can get a new Savage River 3X27 race boat at 28 - 32 pounds in Carbon/Kevlar. That’s with Carbon gunnels.

The strangest craigslist ad I ever saw had a picture of me, surfing my kayak, taken from an online story about a surf trip to New Zealand.

I get a chuckle when I see a “kayak with ore”, spelled just like that. Is that iron ore or bauxite? Maybe used as ballast? And then there’s the kayak with “rutter”. Are we talking about a bull elk during the mating rut? Won’t he be too big for the kayak?

I just saw one that said the kayak was in great condition, but the “paint” was a little faded.

I’ve seen a lot of ads for Coleman fiberglass canoes.

There’s a Revelation for sale now that says “one crack” even though you can easily see three. In one of the pictures.

The clowns who regale you with their canoeing feats and then end with the flourish “FIRM”. Great sales tactic.

I’ve found and bought some real beauties on Craiglist,
You need to be a persistent searcher, and have the knowledge and decision making skills necessary to separate the wheat from the chaff.

Pictured is a potential “diamond in the rough” for “only” $795,00, because the seller “just wants it gone”! 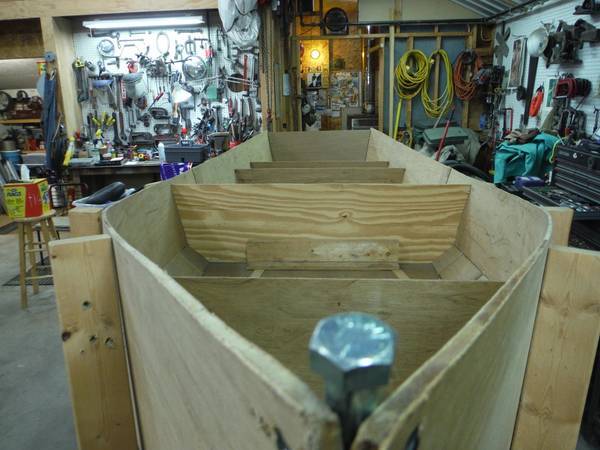 Sometimes the humor is more subtle, like the faded 20 year old Old Town Pack on this site that’s in very good shape except for the woodwork for only $900.

I always read the ads and look at the photos on Craigslist , Offer Up and Let Go very carefully. Yesterday there was an Old Town Hunter 14 in Royalex for $100 listed as a “plastic canoe” on Craigslist in Houston and I recently picked up an Old Town Kennebec 16 on OfferUp for next to nothing at was billed as a fiberglass canoe. Today there was an Royalex Old Town Pathfinder on Offer Up for $140 just listed as fishing canoe with two oars and you had to click on the post to see the photo. Lately, they are mostly Pelicans and old Colemans on there, but if you keep watch, bargains can be found.

“Vintage” Nylux inflatable canoe.
Comes with 2 “OARS”, and a foot pump.
One seat back support is missing the plug to close the inflation hole.
No inflation tube for the food pump.
A steal of a deal at 50 bucks; it’s “vintage”! 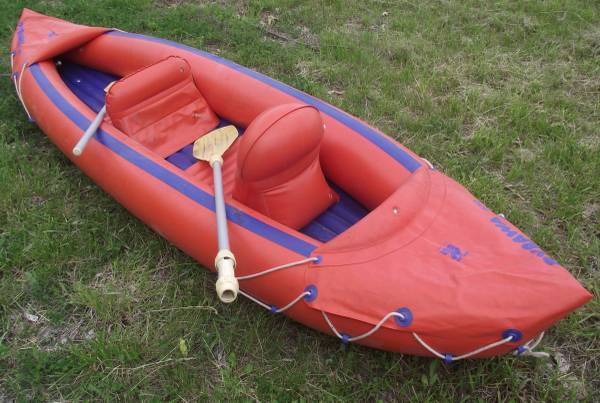 @jester42 said:
“Vintage” Nylux inflatable canoe.
Comes with 2 “OARS”, and a foot pump.
One seat back support is missing the plug to close the inflation hole.
No inflation tube for the food pump.
A steal of a deal at 50 bucks; it’s “vintage”!

How can it be inflated?

Just saw this title: “Barter Pro Tat Work for a Kayak.” I always wonder if this specific barter stuff works. Isn’t it pretty hard to find a person who has a kayak you want who also happens to want a tattoo, in your area? I mean, isn’t that what they made money for??

Here’s one that’s great for “rough white water” (but the seller says it’s never been in the water). 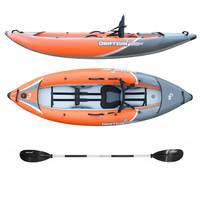 This Kayak is new, but has a very slow leak (about 3 days and starts getting soft) A few pumps on the included pump and it is back to rock hard inflation. Never been in the water. Company replaced this one with identical unit.

And on the classifieds here: https://paddling.com/classifieds/limited-edition-mad-river-explorer-this-is-a-royalex-classic-464603/?lat=41.3894&lng=-82.0191&zoom=10
Limited Edition Mad River Explorer!..this is a Royalex classic!
Some impressive “mouth watering” there.