Not quite the same thing, but a t-shirt I saw recently was printed with something like this:

Per The CDC, isolation is 5 days from the onset of symptoms. She sounds reasonable to me.

Yes, you are correct on the 5 day recommendation for self-isolation after a positive test if asymptomatic. That is the current CDC recommendation.

They do recommend a further 5 days wearing a mask when in public, however. But once again, the type of mask is not specified. So a completely ineffective cloth mask would meet that requirement.

As for retesting, the CDC mentions this as a possibility after testing positive if testing is available. They do not make it a specific recommendation to do so, however.

" If an individual has access to a test and wants to test, the best approach is to use an antigen test1 towards the end of the 5-day isolation period."

The CDC also makes this statement on their webpage discussing isolation recommendations:

“People who are exposed to someone with COVID-19 after they completed at least 5 days of isolation are not considered close contacts.”

Ok String why didn’t you contact me when you were in town, I live on the marsh…?

There’s some evidence that suggests those of us who appear to have avoided infection may be genetically predisposed to not getting it. The CDC is/will be doing a study about it.

I posted here when I would be there. Guess you missed it.
My friend who lives there needs a paddling partner. His wife used to paddle with him but no longer does.
I plan to be back in October.
Message me if you want his contact info.
He likes paddling from the shell bank and is very familiar with the creeks. 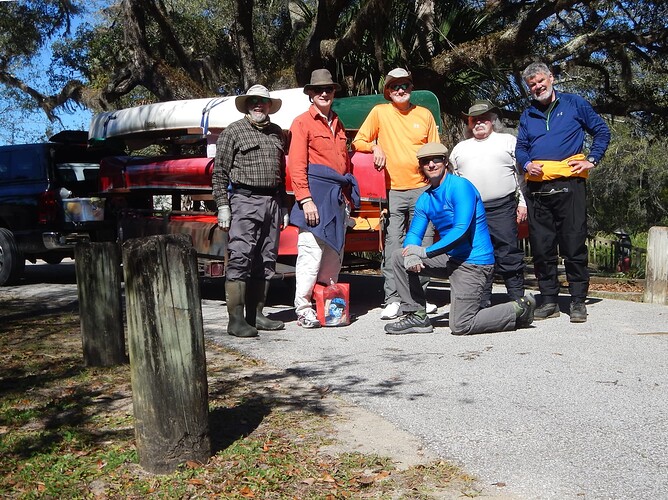 Many have had infection and didn’t know it.

A study done in the US and reported in April of this year looked at seroprevalence of anti-N antibodies in different age groups for the time period September 2021-February 2022. Anti-N antibodies are only present in individuals who have had some degree of infection. They are not produced as a result of vaccination.

Anti-N refers to anti-nucleocapsid antibodies. The nucleocapsid and its associated protein components resides inside the coronavirus. Antibodies are only produced against the nucleocapsid proteins after the virus infects cells releasing the nucleocapsid into the cytoplasm. It is also important to note that the data from that study was gathered mostly before the omicron variant wave, and definitely before the emergence of the omicron BA 2, BA 2.12.1, BA 4, and BA 5 variants which have shown a considerably greater degree of immune escape from the antibodies resulting from vaccination with the mRNA vaccines. It can be safely assumed that the relative percentages for seroprevalence for the different age groups are considerably higher now.

There could be a number of reasons for the much lower incidence of seroprevalence in the oldest age group. One is that old folks don’t get out much. Or perhaps they took more care to limit potential exposure. But older people are also less immunocompetant so that some who were actually infected may have failed to launch an antibody response, or their antibody levels may have waned before they were tested.

Data from the UK regarding seroprevalence is even more striking. The Office of National Statistics has just released their most recent data on seroprevalence of anti-SARS-CoV-2 antibodies for individuals in the UK from December 2020 to 5 June 2022. This was not limited to anti-N antibodies so immunization resulted in seroprevalence in some individuals. Unfortunately, they did not break down the percentages that were seropositive for anti-N.

This striking degree of seroprevalence in young children in both the US and UK coupled with the fact that the very young have an very low risk for very serious outcomes, really calls into question the wisdom of the CDC’s recent blanket recommendation for vaccination of the 6 month to 5 year age group, in my opinion.

Perhaps I wasn’t clear. It’s not been fully studied yet. My source is someone who’s deeply involved in healthcare IT in the upper levels in DC. And yes, I’m aware there are tests that can determine if you’ve fought off virus. They cost about $200. You’re still better off having vaccine immunity vs “the old fashioned way”.

Actually, there have now been multiple studies that have demonstrated that infection-acquired (“natural”) immunity is at least as strong, and probably stronger than vaccine-acquired immunity. If you have a good understanding of the human immune response you will be able to identify several reasons for this.

John Campbell has been releasing videos to youtube just about daily since the pandemic began. He is quite analytical and not political. In this video he reviews five scientific papers that provide evidence that naturally-acquired immunity is at least equivalent, and probably superior to vaccine-acquired immunity in terms of strength and durability. 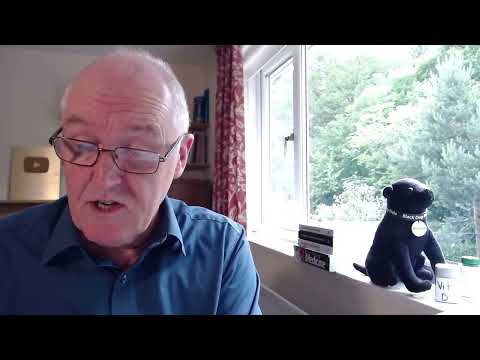 Keep your distance from other people. Universal precautions. Everybody potentially has an infectious disease.

sigh… Science means discovery and change. What was needed then may not be needed now.

Have watch John Campbell from early in the Pandamnit. Like how he goes through the research with a fine toothed comb.

Yes, John has done an excellent job of dispassionately presenting and dissecting the most recent scientific data on SARS-CoV-2, although I think his disdain for how certain international and national health agencies have actively or passively restricted public knowledge of critical information has become a little harder for him to restrain as time has gone by.

This is a new study by the CDC. It is geared specifically toward those who’ve not yet had it. They’re looking to see if there’s some genetic (or other) factor. I believe it a differs from studies done to date.
Also, not getting my science data from a youtube channel. I’ll take vetted channels every.single.time.

John Campbells videos appear on youtube but he provides links to every scientific publication and release that he cites. You can go to the articles and read them yourself.

If you took the time to watch one of his videos you would see.

Do yourself a favor and actually watch the videos. He is not a quack and cites medical studies. You don’t have to agree with the results if you have more medical education than they.

I am not trying to convince you to watch him, but your perception of his YouTube channel is wrong.

Yes I know that there is vast amounts of unreliable information to be found online. John Campbell
PHD doesn’t fit that profile. He presents accurate information on the most recent research on Covid and covers it point by point. He is a respected source of information. He is a retired nurse teacher and has published texts on physiology, and pathophysiology. He even states he is not providing medical advice by video.

Here are his credentials as he presents them in his first YouTube video.
https://www.youtube.com/c/Campbellteaching