Senseless and sad. Not wearing a PFD and close to shore. 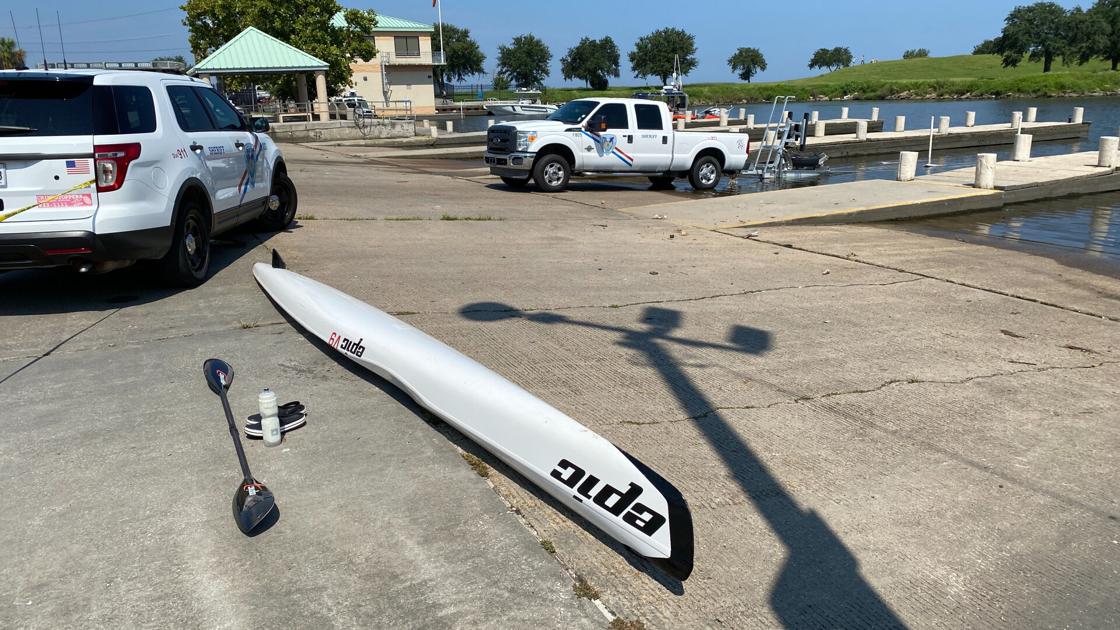 A kayaker who capsized in Lake Pontchartrain off the shoreline in Metairie on Thursday morning was found dead after a roughly two-hour search, officials said.

Damn. There aren’t many details in the article, but it almost sounds like there were other factors (health, maybe)? Just damn.

sure…with a ski if you couldn’t get in you could bear hug that thing.

Always upsetting when someone drowns, but especially so when no life jacket was worn.

You’re not going to see many Ski’s wearing PFDs.
I also think there maybe other factors involved which a PFD may have helped.

I don’t understand the combination of a guy who capsized in a foot of chop, not far from shore, with no PFD in that boat with a wing paddle.

I suspect someone who just got themselves a fancy boat and paddle with zero concept of how to use any of it.

Details are not published yet so we are all speculating. However the surf ski paddlers I see & speak with locally detest wearing PFDs, even the lightweight inherently buoyant ones that are required in races. I will post more details in a couple days if the details make the online newspaper.

I suspect someone who just got themselves a fancy boat and paddle with zero concept of how to use any of it.

A couple of years ago, a very experienced member of my club died on the water. One of his arteries near the heart suddenly burst. He was able to shout for help and was immediately rescued onto shore by nearby windsurfers, but was dead at arrival to the hospital.

We can’t know if something similar happened here. It could be a very experienced skier, who was hit by a sudden health problem.

Why do skiers in particular hate wearing PFDs? (I know nothing about surf skis so curious.)

Heatstroke. People who are working out can’t wear warm jackets when its 90 degrees out.

I had that thought. But no PFD on a day with decent chop, in the NE I would find it odd that someone did that on a surf ski. Especially with inflatables available to deal with the heat.

Then again, I could easily be wrong.

Obsessed skiier of ~4 years here. There are a couple reasons -

That said, I wear my PFD 97% of the time, with the 3% being only if I forgot it or its late summer when the pacific is warm(ish), very flat / no wind, and hot (which is rare).

Why do skiers in particular hate wearing PFDs? (I know nothing about surf skis so curious.)

For some, there might be a bit of machismo, but it’s not been my experience that most surfskiers don’t wear a PFD.

In the bigger picture, if we were generalizing, you see far less pfd use among kayakers, especially among sprint kayak racers and in kaykers with less experience.

The only exception I see to this is that some surfski paddlers tend to prioritize their boat as a primary safety flotation device via tethered leg leash.

I sell PFD’s, mostly to surfski paddlers and we are currently sold out.

Louisiana State boating regulations require that a USCG PFD be at least carried and readily available on all vessels. It does not appear that inflatable PFDs are acceptable in La. but I am not sure about that.

Of course a PFD is not of much use strapped to a boat if you lose hold of it on a windy day. And putting one on while in the water while trying to keep your head above water and keeping hold of your boat, paddle, and any loose gear is a neat trick if you can do it.

The idea that you could use a leash and claim that a boat or SUP was a flotation device was fought for by various manufactures several years ago. It was soundly rejected by the USCG who classified canoes, kayaks, SUPs, and other small non-motorized craft simply as “vessels”, the same as a cabin cruiser or oil tanker.

There is an exception for having a PFD in the USCG regulations and in some states if you are in a competitive race, a surf zone, or a swim zone. This may differ from state regulations.

The US seems to have an epidemic of stupidity. People are not willing to do the obvious things to stay safe. I will not paddle with people that don’t wear PFDs.

I believe pfd use to be “cultural” but there could be legitimate reasons wthin the surf ski community for the lack of pfds. In addition to the heat, perhaps the pfd makes reentry on the ski more difficult That being said, my “culture” is to always wear a pfd when paddling. SUPs, fishermen, rec boaters, freestyle canoers seem a bit less likely to wear their pfd compared to ww paddlers or sea kayakers. Surfers typically don’t use or even have pfds.

Surfers typically don’t use or even have pfds.

People in a surf zone are not required to have a PFD.

The person who lost their life did not even appear to have one with him, If he had been luckier, he might have just gotten away with a hefty fine. Could have been a medical issue. He hadn’t gotten very far.

If we are going to talk regulations, Louisiana does not require any PFD for a vessel under 26 ft long unless the person is 16 yrs old or under. In most states no PFD is mandated for adults during the summer months. The Coast Guard would like to see this changed but so far not happening.

So the use of PFD or not comes down to a personal/cultural choice. Or if in an organized paddling group per the organization’s rules. I am with ppine on this one myself. Obviously the person in this story and some segments of paddlers are not…

If we are going to talk regulations,

Most states follow the USCG regulations. A kayak is just considered another vessel and for all vessels an approved PFD must be readily available for each person on the vessel. It is not always required to be worn. From Louisiana Wildlife and Fisheries. The bold type is theirs::

Everyone on board a motorboat less than 16 feet propelled by a hand tiller outboard motor must wear a U.S. Coast Guard-approved Type I, II, III or V PFD while the motorboat is underway.

You must have a U.S. Coast Guard-approved Type I, II, or III PFD for each person on board a pirogue, canoe, or kayak . The PFD must be properly sized and in serviceable condition.

If you’re riding on a personal watercraft , you must wear a U.S. Coast Guard–approved Type I, II, III, or V PFD.

Individuals engaged in watersports , including but not limited to waterskiing, being towed on a tube, wakeboarding, wake surfing, etc., must wear a U.S. Coast Guard-approved Type I, II, III, or V PFD. An inflatable PFD is not permitted.