In addition to the heat, perhaps the pfd makes reentry on the ski more difficult

The newer pfd’s are very low profile with a slick surface that make remounts a breeze. Some of the older ones and maybe bulky expedition can be a bit cumbersome.

Thanks to above. It appears the CG has had more success than l had realized

Agreed. I use an Astral YTV and wear it even during pool practice. Makes little sense to practice without the gear one is actually using.

yes, practice with the gear you are using, glad to hear that the modern paddling pfds don’t interfere with reentry on a ski. I do know some pfds make rafting and ducky reentry more difficult after a swim but in a ww environment you need them on all the time. I have never tried a wave-ski so I wondered if reentry was one of the reasons people didn’t wear a pfd. Just trying to understand “the culture” .

Using a wing paddle correctly uses torso rotation to the max but provides much stability to the ski. This torso rotation can make wearing a PFD very uncomfortable.
The wing stroke differs from the usual euro stroke. You can use a euro paddle with a wing stroke but using a euro stroke with a wing will send the wing under the boat. Skis’ are racing boats primarily although great fun for workouts and organized racing does not always require PFDs.
I have used both and these are just my impressions. 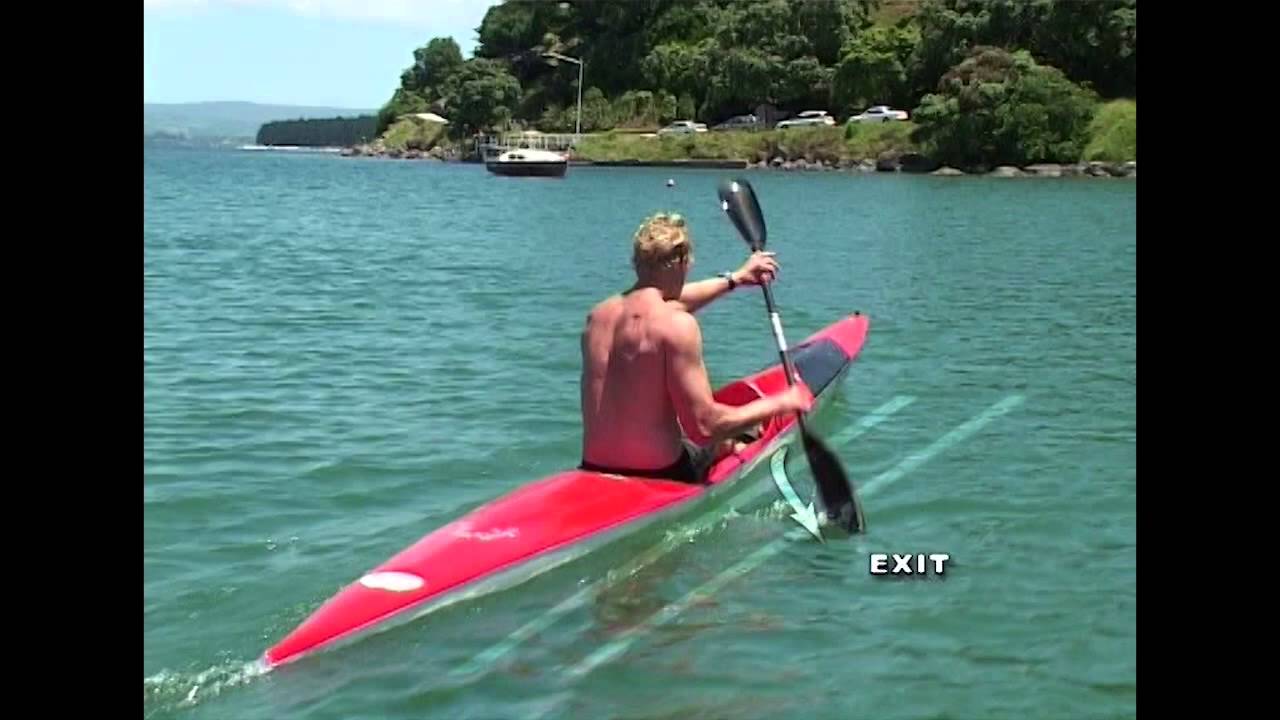 I notice that the paddler in your video has very little butt rotation. Most of the rotation happens in the spine, so his back is very twisted.

This is equal to how we do torso rotation in a sea kayak because of our limited options of leg movement, but quite different from the torso rotation I have seen in race kayaks (sorry, don’t know the English term for these), where almost all the rotation is butt rotation driven by the legs, and the back stays almost flat.

Is this a consequence of the way you have to sit in a surf ski, or is it just the way this particular paddler has chosen to paddle?

Is this a consequence of the way you have to sit in a surf ski, or is it just the way this particular paddler has chosen to paddle? 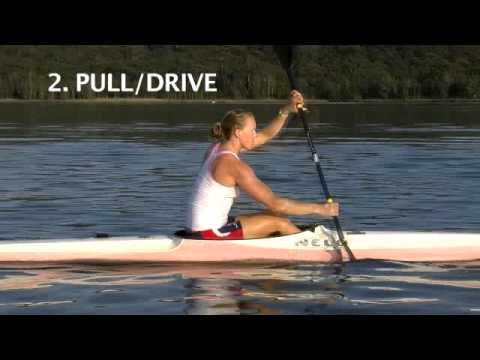 Yes, there is a huge difference between the two videos.

Anyway, the reason for my question was the PFD. You said that skiers feel that it hinders their torso rotation. But if you paddle with “proper” butt rotation, is that true?

The paddlers in your second video have an almost flat back, and I don’t see a PFD doing any difference there.

Common safety sense dictates that people in human powered craft should wear PFDs no matter what the US Coast Guard says the rules are.

Anyway, the reason for my question was the PFD. You said that skiers feel that it hinders their torso rotation. But if you paddle with “proper” butt rotation, is that true?

I notice that the paddler in your video has very little butt rotation. Most of the rotation happens in the spine, so his back is very twisted.

The paddler in the first video is on a “spec ski”. He is doing two things that are causing limitation with his technique and may be attributing to rotating higher in his back:

Ultimately, as they say in the first video, you should have your core engaged and be sitting straight up and with a slight forward lean.
This will not cause any rubbing in the bucket with your back or PFD and it’s more powerful.

But just because it’s the proper form doesn’t mean everyone does it. I think that’s why some people complain about it–they are not sitting properly and they blame it on the PFD, which is just not true.

I emailed the reporter of the original story about the lost paddler. I have not heard back from him or seen any amplifying information which we paddlers would be interested in knowing.

In checking with some New Orleans area paddlers who sometimes saw him on the water, it seems this guy always paddled solo (not usual at all for a surf ski/racing/fitness paddler from my observational experience and chatting with friends who surf ski/race kayaks).

Even in our Gulf of Mexico area summer heat, give yourself a fighting chance should you flip or fall out of a kayak, wear a PFD.

"The Jefferson Parish Coroner’s Office has identified the man whose body was recovered from Lake Pontchartrain after his kayak capsized Thursday morning as Khanh Pham, 47, of Metairie.

"The case is being investigated as a suspected drowning, though the forensic pathologist is waiting for the results of certain tests before declaring an official cause of death, according to Mark Bone, chief death investigator for the Coroner’s Office.

A surfski site states: “… he had transitioned from a 3 piece kayak a few months ago to the V9 and paddled on Bayou St John. Very flat water. Witness said he couldn’t remount… no leash, no pfd. He did purchase both with the ski.”

I spent my life about 80 miles north of Lake Ponchartrain. I’ve paddled all over the U.S. and have friends all over. It hard for a lot of them to understand why some people might eschew the wearing of life vests until they try paddling in a wide open lake in August in Louisiana. Here’s an analogy: take a life vest into a sauna. Pour water over the rocks then put on the life vest. See if you can stay conscious after 3 or 4 hours. You will develop some kind of heat effects, period. One cannot stay hydrated, period.
The Lake is an inland brine water basin. It stays fairly shallow a good distance out. It has no steep banks like a river. One can walk out usually with no problem. It has no shade at all. The tropical sun is
very hard to take there. WIthout a life vest one could still hold onto the capsized hull and walk or dog-paddle to shore.
My guess would be he was dehydrated, passed out and breathed in water before he could recover, tried to re-boat, but passed out again.

As a native New Orleanian, I feel your pain about our HOT air and summer water. You made a perfect case of why to wear a PFD when paddling, even more so when paddling solo. .

In the immortal words of Forrest Gump, “–it Happens”

Sorry that was not my intention. My thought was that one has a greater chance to get dehydrated or other heat related problems when wearing a life vest. This unfortunate individual had some issue which caused him to not be able to use his capsized boat and get to shore. I think a life vest in our tropical conditions, for some individuals can cause more problems than it solves. I personally have been in situations where I had to take my vest off or risk being in trouble. I’d say it’s about 50-50 depending on the person.

I choose to do my most challenging paddling in water than most won’t swim in even during summer. Because it is too cold. So the extremely hot air and hot water combo is not in my deck.

But I would probably at least look at an inflatable, and buy a lot of cartridges, if I was dealing with that.

I understand the heat. But the PFDs are getting real small. But it would conflict with some cockpits.

Color:Moonlight Black ?The ?Life jacket ?inflatable PFD is loaded with features. The body hugging pack design securely holds the pack to your core while paddling and the padded 3D mesh back panel and buckle flap are soft, cool and quick drying. The...

So sad - let’s face it folks, I don’t know anyone who would still be here if we had to pay for every foolish mistake we have made. I wouldn’t have lived to see 20 personally. RIP.