My thoughts on the change

Well, as it seems for several out there, when I first opened up the forums here i had a bit or a shock. I knew that change was happening but didn’t know what was coming. I think the it was both the brightness of the new layout and a fairly major change in organization that threw me off for a while. That said, lake a good paddler, I try to adapt to what ever comes at me. After a day I can see some benefits to the change.

That’s it so far.

Very much agree that the pCom Team, and especially Brian, should be thanked for their work and dedication in keeping this place going and for the continued relevant articles that appear. Bandwidth is expensive and I’ve always been gobsmacked that there was no restriction on the size of photos being posted.

The articles and great advice given in the forum have always been a super source of learning for me, for which I’m quite grateful.

I recall the howls when the forum switched from the old pNet to pCom. This update isn’t quite as drastic and while it may get us out of our comfort zone initially, isn’t that how we learn new things?

My opinion is that the changes are fine. I don’t have any problem and am thankful that people are keeping the s/w up to date.

My only quibble is that (agreeing with rival51) the poster icons are garish and disconcerting.

We really appreciate the constructive feedback.

The UI team needs to come up with some additional themes. IMHO the dark is too dark, the light is too bright and classic doesn’t feel right.

Have you tried the newest theme, Simple?

I think that it is the poster icons:

that seem to me to be too garish.

Are you referring to the topic list avatars? Those are different based on the theme you choose.
This is the Light theme:

This is the Simple theme:

For the newest replies to posts, click on Unread. Then just click on any of the numbers and it will take you right too it.

Be sure to also check out how you can choose to track any post: 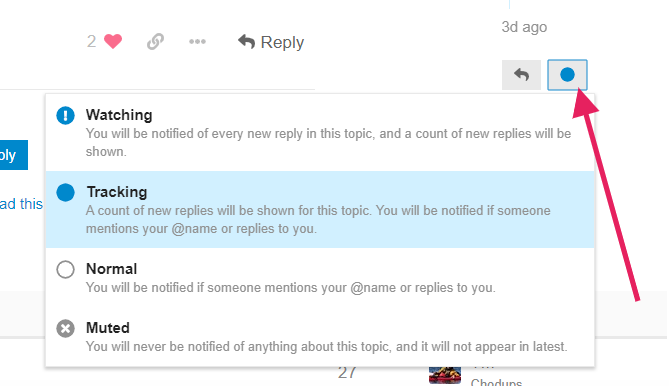 And check out your settings to determine how you want default tracking to work. 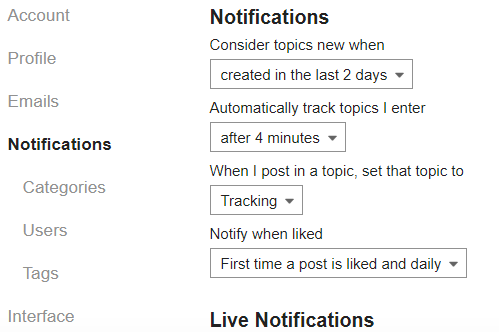 As for bulleted lists, here is the best way to go:

My only quibble is that (agreeing with rival51) the poster icons are garish and disconcerting.

With previous versions a topic had to be opened and searched to to see if those folks had contributed or a search using their user name had to be run. This version lets me see from my landing page view if those folks have been active on a post and I find that it improves the efficiency of my visits.

I sort of wish that there was a field that could be customized with names or icons of my favorite posters so that I could easily see from my landing page if they had been active and if so on which posts. “Follow them” as it were. Maybe there is a way.

I realize that we don’t want to add so much functionality that it further complicates the forum structure which the new software has done for many longtime members. Efforts should probably be put towards simplifying the structure and making it more familiar looking before new tools, viewed by some as shiny objects, are employed.

Keep up the good work on education and ironing out issues as they are identified. I’ve found your “how to” posts to be very productive and they are appreciated.

I appreciate the continued feedback. I just found a “follow a user” plug-in as I think it could be valuable as well. I will let you know when it is added.

I finally got around to using a couple of tablets to see how well the new system works. It seemed to be a little different than on a computer. Although I was informed on one of the tablets that my browser was too old for the app. I tried three other browsers that wouldn’t work and finally tried Chrome. Chrome worked.

I like the presentation on the tablet better, but it’s still not up to parr with other website forums.

Update on the follow a user plug-in. Our developers tested it out and it didn’t work well and seemed really unstable so we are going to hold of on it for now.

Thanks for the update.

Could you please make this infernal red box go away? Like put a box on it that we can check that says “Don’t show me this again”? 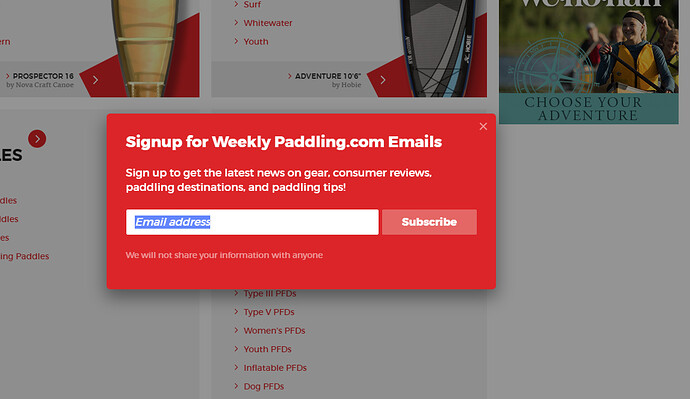 Yes! The software should be smart enough to recognize the emails of its current subscribers.

me too. I already get email!

Found a way to kill those irritating red box signups on my Windows desktop. I use a pop-up blocker on Chrome and instructed it to block overlays as well. Works like a charm. Will see if I can do the same on my iPad.

Thanks. I’ll give it a try

Worked with Chrome but not Safari.

Hey everyone, sorry that you keep seeing the signup prompt.
It is supposed to show it once in a while and then stop after showing it to you 10 total times. Clearly it’s not listening.
I made several changes in the behavior. Please reply back (and tag @brian) in the message if you are still having issues.
One thing to note is that if you have cookies disabled it may not listen to the rules well/at all.

I clear the cookies and cache on my computer before shutting it down each night, so that’s the reason for the continued overlays on my desktop (which I resolved). But I don’t do that on my iPad, so will log out later tonight and see if there’s any change. Thanks.

The site “paddlingbot” apparently now thinks I am a “new” participant (apparently dating my “arrival” to 10/15/19.) Its own archives show that I have been a regular forum participant since July of 2009 with many hundreds of posts.

I would not really care except that the notice the bot sent me informed me that as a newb the site would “temporarily limit” what I could do and that I would have to “earn” “new abilities and badges” as it gets to know me.

Obviously a glitch. But I might add that I don’t need no stinkin’ badges.

I don’t need no stinkin’ badges.

Liked - purely for the irony of it.