I just got a weird message from the site bot “welcoming” me as a new forum enrollee and informing me I would have limited posting privileges for a while until I earned full “member” status. Checking the site’s own archives I see that I first enrolled in July of 2009 and have posted multiple times virtually every month during the ensuing 10 years and 4 months.

Anybody else get this indicator of site amnesia?

And what’s the deal with “earning badges” and enumerating “likes”? Pardon my curmodgeonliness, but I don’t think we need some version of Instagram or other dumb protocol structured around assuring that insecure millennials can boost their self-esteem.

Of course maybe the young are taking on elderly habits and they meet so many “new” people every day.

Hello new member,
I’ve enjoyed your postings going back many years.
hmm, something is wrong here

And what’s the deal with “earning badges” and enumerating “likes”?

me neither, don’t use likes, friendlies, mojies, …
I can still use ‘script’ (handwriting), though you might not be able to read it
(is it still taught in school?)

Nice to meet ya, Willowleaf!

Methinks the looking-for-spammers bot burped as nothing’s changed about your status here nor are you limited in any way.

Do agree about those dopey badges, but think they’re built into the platform software.

@raisins Cursive is making a comeback! Sheesh, how else can you learn to sign your name? 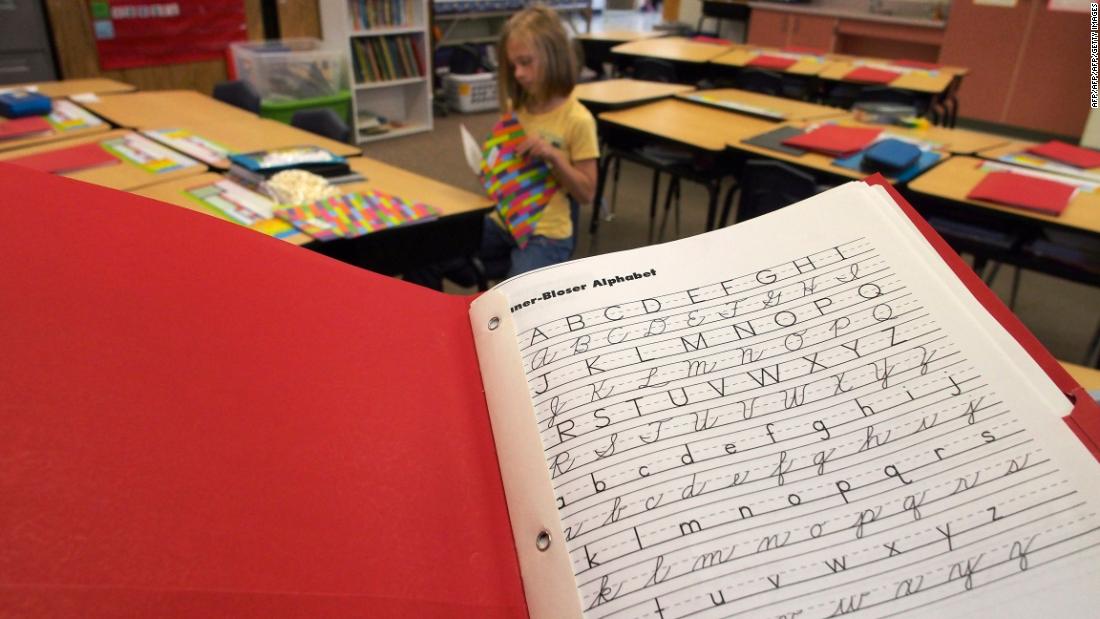 Cursive writing is making a comeback in classrooms in several states -- and...

Lawmakers in state after state -- particularly in the South -- are carving out space in teachers' classroom time to keep the graceful loops of cursive writing alive for the next generation.

My grandsons print… So very awkward. How can you read your old ancestors love letters without having an understanding of cursive?

Ah, cursive. I could not have gotten through college (in the early 1970’s) without it! I took copious notes in all my classes and developed my own version of cursive (eliminating some of the extraneous strokes like at the beginning and end of a word) so that I could do so quickly. There were no computers or cell phones back then – I also drafted all my papers in longhand because they had to be perfectly written and organized before you laboriously typed them (electric typewriters and erasable bond paper were the first “thank God” innovations that made that arduous task only slightly easier.) I still have a box somewhere full of completely filled college-ruled notebooks with detailed class notes including hand drawn diagrams – I rarely had to do more than quickly review them once before any test because having transcribe the information embedded it in my memory.

I will argue strongly that the efficacy of education has weakened seriously since students stopped taking manual notes in class and expect to be spoon-fed the information in print outs (or, worse yet, they think that just hearing it – and mostly not paying attention since they are playing with their phones – means they “know” it). The very act of transcribing information that you are hearing into a readable record embeds it into your brain and makes you “know” it better than any other classroom gambit. I understand that most schools no longer teach cursive – I think that’s a shame and not just for nostalgic reasons. It is a very fast method of recording information.

I was able to prove that manual note transcription has value when I had to teach courses on construction project management and contract legal issues to a batch of 20-something engineers 15 years ago. This was something these “young turks” desperately needed to know since the company was set up to analyze complex construction claims and lawsuits, something with which I had decades of direct experience. My bosses insisted that I work up the course materials on Power Point “slides” and AND give the students a printout of each session’s slides. Power Point is the same bullshit corporate “dumb down and cover your ass” lameness that gave us the Challenger explosion, by the way. I protested their demand and finally compromised by having them agree that I would do one group of students WITH Power Point and one without (and made clear that laptops and cell phones were not allowed in the classes) just to prove my point.

I told all the students that they would do best on the exams and projects if they took notes since even the Power Point was just an outline and I would be covering more in my lectures than was on the screen. The students in the “no Power Point” class whined about it not getting printed narratives of each session (apparently they had learned to EXPECT this in college!) but most of them did end up taking manual notes – there was no textbook for the class so this was all they would have to study. I never saw a single student in the Power Point sessions lift a pen though. At the end of the course and before the final exam I gave the Power Point printouts to the note-takers to even the playing field.

As I predicted, when I did the exam nearly all of the engineers who took notes passed while those who zoned out in class and then crammed with their Power Point print-outs either failed or barely squeaked by.

When I had them break into teams to do their last project, a mock bid process using contract documents and drawings I had drafted with many hidden “catches” (all issues I had warned of in my lectures), all 3 Power Point teams completely blew their bids, missing key specification details and critical addenda. Of the 3 teams who took notes, 2 got the project right and one only missed a minor change. The losers complained bitterly that somehow the process was “unfair”, trying to blame me for not including more detail in the slides and print outs, But that only reinforced that the note-takers, who had not been provided with ANY study guides until the end of the course, got more from the exact same lectures.

The bosses never made me use Power Point again, anyway.

I do admit that I am more apt to print in block letters now, and often in all-caps, but that is because I worked for years in lab research and then in construction and engineering, where block lettering in the standard for legibility. I do touch type pretty fast (my father insisted that I take typing in high school, for which I am eternally grateful to him since it means I can use a computer keyboard effectively.)

But I can still write in longhand cursive and do so when I am writing for my own pleasure or when I need to note information quickly. I would never compose a poem or write a love letter on a keyboard. That would be blasphemy.

Well since youre a noob…

No, you cant take your 8’ rec kayak on a southern ocean circumnavigation.
No, you should not paddle into a gale in 33* water in a thong while drunk.
No, you cannot take your 7 kids, inlaws, and dog in a 14’ canoe.
No, you cannot take your rec boat down a Class V after 1 class.
No, your experience on a small pond in the tropics does not qualify you to cross the barren lands in september.
No, you should not paddle into the middle of the harbor then curse at boats that ‘buzz’ you.

Have you read the advice section???

Welcome to the forums!

(Meant as a joke

(P.S. as an (‘older’) millenial i despise instagram. insta has ruined 2 of my favorite secret spots. I’ve seen an increase in beer cans, trash and misuse after seeing idiots selfie-ing for hours on end. F&%# insta. I only tell new friends about spots after I am sure they follow leave-no-trace. )

Maybe you’re being punished for using that paisley fabric for your kneeling mat.

Ah, the great responses have made my “demotion” quite worthwhile…

Love letters are squiggly dying notions,
drowning their last cursives on paper oceans,
as pixel pirates in poetic blasphemy,
steal away with the emotion on S.S. QWERTY.

Can’t top CWDH!
No there is no boat that will do class six, track well and hold three weeks worth of beer and outrun anything else!
Hmm maybe we should have a FAQ section for noobs.

“With a pocket full of cursive
verse”…

Watch the language this is a family rated forum.

What! You’ve not heard of the NEW and IMPROVED PAMLICO 140??? An Epic, QCsquared extrusional melange birthed on the 3D printers of the Rocky Mountain High and Dry Naval Design Institute.
(Although certain parties have swapped out the three-week beer supply for two cases of Mountain Dew, 46 Cliff Bars, and a Rensselaer Polytechnic undergrad who just happened to win the coveted Ms. Laminar Flo crown in the spring of 2019.)

Forgive me for this cursive life,
I’ll soon sans serif and strike no strife,
nearly descended into half uncial,
now I block letters, in time roam 'n bunch all.

I miss Pammy… What a great dumping opportunity that was. Too bad he matured.

writing cursive …is fine until one considers them self a calligraphier. Then the whole thing goes overboard. Number 2 was deep into that stuff. Considered her work like that boat designer in the “Layup” thread. It was better than everybody’s work. Even though you couldn’t read it.

An “add-verve” from the Al Haig/Norm Crosby Dictionary of Common Useless.

Or, is that, “agitatedetective”? Well, your maladjusted props may tary.

I’m a little slow but I think I detect sarcasm