So, I was paddling on a creek today, and for the first half of my journey, I seemed to be paddling against the current - nothing too strong, but for sure when I stopped paddling I would eventually drift back a bit. And the paddling actually felt good - a little resistance but I was making good progress. When I turned around, I assume my paddle back would be a bit easier, but it felt like I was paddling through jello. Every stroke felt difficult, and I felt like I was barely moving. The area is tidal, and so it certainly is possible that currents shifted, but the thing is, when I got back and checked my paddling app, I had actually been going faster on the return trip! And I have had this sensation before - paddling along pleasantly, and then suddenly the water just feels “thick” and difficult. Any explanation for this phenomenon?

Yes when you reach the hull speed the water starts to feel like cement. It depends on the boat too because there are various things that affect hull speed. Some boats will plane. For example we have a double that if my younger son, who aparently is a very strong paddler, comes with me we go much faster than if I were to tandem paddle with my wife. With her if I paddle as hard as I can the boat feels “thick” I think because we can’t get it to plane any more. When I paddle with my 12 yo (who is 5’9" and a strong 130lbs from other sports) we always finish the paddle sooner and it doesn’t feel so thick so I guess he gives enough power to plane the boat to find a “higher” hull speed.

But yes the feeling of heaviness means you have reached the hull or fastest potential speed at which even greater amounts of power will result in about the same speed. Unless you can make the boat plane to a different aspect ratio which some kayaks definitely can.

Kayaks don’t plane even with Olympic paddlers. I have seen other people claim they do here before.

A one knot difference in current can be felt through the paddle and create a different sound as the hull passes through it.

Bottom line is that more resistance against the paddle is good.

Well if I hadn’t done it myself, I would agree that other than while surfing, it is very difficult to cause a kayak to plane. However with the right boat and the right water conditions, it actually is possible to break the hull free of the bow wave. In my case there was about a one foot chop with no particular direction to it. I was crossing in front of a very large fast moving yacht. I had plenty of lead on the yacht, but the pilot kept adjusting his course apparently to pass in front of me. At some point I said to myself–No you don’t. Meaning if he was going to pass in front of me, he’s going to end up on the beach. That was the incentive it took for me to power up enough for my kayak to jump up on top of that chop and I would estimate that for about 100 feet, or so my speed doubled. Technically that probably isn’t actually a plane, but the result was the same thing. I did it again, just to see if I could and I haven’t done it again. I feel lucky that I didn’t pull something that might have ended my paddling for quite awhile. The boat I was in is just over 19 feet long and it is very fast.

Magooch - do you think you were paddling on top of a swell, i.e. the crest of a long wave, sort of a quasi-surf? That might free the hull somewhat, without it actually being up on plane. I agree with PaddleDog that planing a kayak is difficult to imagine even if you’re something of a superman…

A kayak have doesn’t have hydrodynamic lift like a boat that has a planing hull. Not enough power.

The speed your kayak was planning at? Top speed of your kayak? 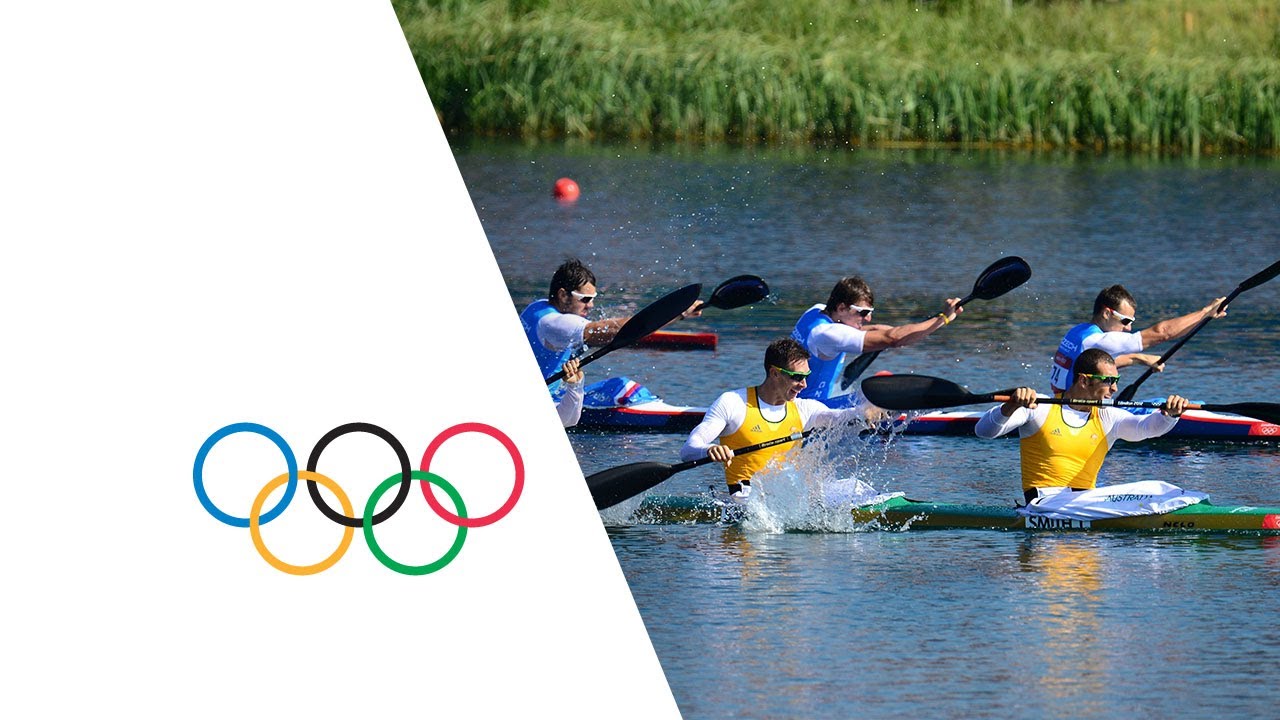 They can’t get a hull planning.

Yup. Feel the same exact way about all the people that say kayak hulls don’t, won’t or can’t plane.

Try paddling a Wilderness Tsunami and feel it. If you go slowly it takes about X effort to go. Paddle somewhat like a bit but not much more effort and the bow rises visibly in the water you can tell you’re higher in the water, especially pointing higher you go much faster. IT almost feels like there is a relative decrease in the effort for the speed you’re going It’s also effort to keep moving but once that happens the effort drops dramatically. Paddle a little slower/less hard the boat goes back down setting into the water. You can see it. It happens 100% predictably based on effort.

Stellar boats do that too, not as much but just as a continuum especially the ST17. The faster you go the more the boat seems to rise out of the water and the effort/speed seems to change. It’s not linear though.

I think the Olympic boats won’t plane because it’s a different hull. It’s in the best interest of the recreational type boats to do this so it’s like 2 different boats with one, a boat that can go a little faster if paddled harder but remain stable if still. It requires a more flat hull which in general is bad for speed (But good for stability). Olympic boats are log shaped.

If that’s not planing behavior I am not knowledgeable enough to describe how to call it but it does sure seem like it.

If that’s not planing behavior I am not knowledgeable enough to describe how to call it but it does sure seem like it.

How deep was the water

by Shawn Burke, Ph.D. INTRODUCTION OK, so we all know that paddling in shallow water is a pain. You trim aggressively bow down to keep from experiencing that “sinking feeling” in the stern, and pad…

Thanks for the explanations - both on hull speed/thick water and on the paddling with/against the current. Good to know I wasn’t imagining it, and in the future, good to know that paddling harder isn’t necessarily going to help!

Paddling harder always helps unless you’re doing it so fast/hard you’re leaving a big void behind the paddle.

If you look at waves from the back vs the face it always looks rougher on the face but the wave height hasn’t changed.

Humans don’t have enough power to get a kayak planing to suit the proper definition of planing.

Yup shallow water paddling is slower than deep water paddling. This is especially noticeable in tidal ponds where the phenom is a head scratcher.

Paddle somewhat like a bit but not much more effort and the bow rises visibly in the water you can tell you’re higher in the water, especially pointing higher you go much faster.

The bow rises a little with increased propulsive force - both from the bow wave and the torque of paddling. Meanwhile the stern squats a little, which you’re not seeing since you’re looking forward. Overall, the displaced volume needs to remain the same, since the hull is still operating in the displacement regime at low speed.

Yup shallow water paddling is slower than deep water paddling. This is especially noticeable in tidal ponds where the phenom is a head scratcher.

The article referenced above by darkstar is a good explanation of the effect - even if you gloss over the math somewhat, considering water depth vs hull length and the wavelength generated by the hull vs hull length is very useful.

Fun topic. One factor that affects my perception of speed (in canoes) is noise coming off the bow. Usually when I push a boat I hear a little noise with every stroke. My 16 foot solo is quiet unless you really push it so it seems (sounds) slower than my shorter canoes. In a river with a little current you may be more likely to hear bow noise going upstream than on the lazier downstream return so again it may seem like you’re going faster upstream.

I think there are many subtle factors (muscle fatigue, state of mind, changing currents, changing wind speed and direction, small changes in boat speed and resistance, ?) that seem to have a “big” impact on perceived speed.

Lactic acid buildup in muscles thickens the water. After 20+ miles the water is like jello. Or is that me?

It seems proportional to speed but the effort vs/speed changes. If anything the faster you go as these boats “rise” it seems to go much vaster vs the slightly increased forced. IT sounds different too. If it’s not planing it’s definitely doing something very different as it’s 100% repeatable with more (or less) effort and speed. What is noticeable is that the bow doesn’t just rise under power, it doesn’t. You need to be already going at a certain speed that is not necessarily that fast, but faster than a gentle, “slow” pace. You have to be moving moderately fast in all boats I have seen or felt this phenomenon and only really started to feel it the last year or two once I started doing a lot of resistance training, IE getting stronger enough to padddle the boat hard enough to consistently go fast enough to cause same said phenomenon.

What I mean is at the same greater or lesser amounts of effort and speed the sound, feel and speed as well as inclination always changes the same amount. It’s almost as if the hull changed dynamics or you’re paddling completely different boats. Could it be they design them if not to plane to “rise” or pitch up and thus have a slimmer aspect ratio under power than standing still? This way when you stop you have a more stable boat to eat, drink, take a break, snap photos but you get a faster hull speed when you get going and the boat remains stable because at speed it’s less likely to flip. This way up to a point the faster you go, the higher the potential hull speed if your strength allows stretching the effective waterline for the given length of boat?