I took early retirement Dec 2019 thinking that I’d now have all the time to paddle.
BUT, being a social animal with a worried daughter who is terrified that I will have another heart attack while alone, I have been looking around for new paddle buddies.

You see, even though I am retired, my paddle buddies are not. And this means that if I want to go with friends, I have to wait for a weekend or a holiday or plan it months in advance.

I live in Tucson, Az so any decent lake is a couple hours away so an after-work paddle is impossible for them.

Aside from going alone and giving my kid nightmares, any suggestions?

NOTE that I have put ads out looking for people with whom to kayak and last one netted 10 replies. one guy who wanted to cheat on his bf and give me random blow-jobs, Ken who owes me almost $900 in loans and 8 older women who pretended to paddle but all confessed that they lied and only wanted to date me and make me give up this foolish sport.

Short answer: go anyway. (edit - I see that the Social aspect is also important. My thoughts below don’t address this).

Longer answer as I have no idea what your actual risk is nor do I know access & cell service availability where you might paddle:

I find myself in almost the same situation. Noone I know is paddling for at least another month but it’s coming. I never thought about the age difference until I retired and realized my paddling friends are still working. Waiting for them to retire doesn’t seem like a good idea.

I thought Rik lived in AZ. Plenty of active retirees there. There was a large club called Southern AZ Paddling Club about ten years ago. I met one of the members who was car-camping at Lake Powell when I was doing the same. He was going to join a big group of others on a paddle-camping trip. I looked at their website then and was surprised at how many members they had, and how many club events they organized.

No idea what they’re doing these days, but Rik can look them up.

Well now… Certainly the ads didn’t work out.
I paddle alone all the time and hear how I shouldn’t, people worry, no contact and so on.
I paddle a lot where there isn’t even cell service where I launch let alone where I am going.
I reached what I consider my compromise by just letting people know what I’m up to and where I’m at and let them worry. Life is short and not going out is simply not an option for me. They worry, I paddle. Everyone has something to do!
I don’t have any known health risks so that part is up to you to weigh in on but the little exposure I’ve had to hitting the water down there (30 plus years ago) I would think that finding somewhere where there weren’t other people around would be the hard part. Health risks are reduced if you are paddling in a busy area vs. paddling where nobody is going to notice you.

The suggestion you paddle in a busy area is excellent. Also, you could get an Apple Watch series 5 (cellular) and not only monitor your heart rate, but send an emergency message SOS if needed for whatever reason. I think that would be quicker even if you had a paddling partner.

“When you make a call with Emergency SOS, your Apple Watch automatically calls the local emergency services and shares your location with them.”

Are you at risk for another heart attack? Often those who have had know the status of their coronary arteries versus those that have not. I.e you may be well off if you have been roto rooted. People do paddle post MI. And with pacemakers. Buy a two way messaging system like InReach ( there are others).
Meanwhile watch the bathroom. Many people at risk of MI code on the toilet. 30 years of being a medic taught me the perils of straining at stool. I lived in a paddling area in the meantime. I only attended to water accidents involving try to make a vehicle swim or those involving boating and alcohol

Hey old buddy. I’m Suntan from paddling.net. Gave up paddling for several years but purchased a fold-up hopping to going on flatwater. I sure learned a lot from you and the others back then.

I don’t remember that name, but my memory isn’t young either. Would we have met over some shoofly pie?

I belong to the SAPC and yes, lots of retirees in the group, but, so few of them do anything and those who do are weeks-long trips into Mexico or white water in other states.
Every time I mention day or weekend paddles, a number of older women jump up and give me their numbers… then are always busy.

Now Maria does have a couple unemployed friends who want to go paddling, but only with her and only alone with her.

Are you seeing a pattern here.

I prefer calm water like last Monday on the Lower Colorado. I went with a dozen people but always managed to relax and see the sights while everyone else wants to put miles under their hull.
Thus while they were racing to the next campground, I took my time, saw the sights, cane mazes, hidden lakes, archaeological sites and so on and came in last.
Then Monday, last day, 13 miles, relaxing on an occasional sand bar while my dog ran around barking a the ducks. Water like glass. Lunch at an old miner’s cabin. Just doing why I paddle, exercise, sights, nature.

I am NOT a white water freak. Nor am I a racer. I paddle for relaxed exercise and to be in Nature.

Young people go fast so they can see everything. Experienced people go slow so we can see, feel, smell, hear, and taste everything.

It was a similar situation with a Denver-area club I joined for a couple of years. People did trips out of the area but no regular local paddling, except for a very few of us. At that time, there was also little interest in improving skills.

I just went off on my own, not being much of a social animal anyway.

BTW, the day that the SAPC group started their multiday kayak camping trip, I was paddling in the same area. Suddenly I heard a hint of a commotion, looked over their way, and someone had already capsized, in calm, warm, mellow conditions. Looked like quite a CF of people trying to help the capsizer. Let’s just say I was glad not to be part of it.

My general rule of thumb is if you need a partner to go paddling, you’re probably not going paddling very often.

Over the years, those who I have paddled with, never lasted very long.

BTW, the day that the SAPC group started their multiday kayak camping trip, I was paddling in the same area. Suddenly I heard a hint of a commotion, looked over their way, and someone had already capsized, in calm, warm, mellow conditions. Looked like quite a CF of people trying to help the capsizer. Let’s just say I was glad not to be part of it.

Lot of wisdom in that. Whenever you group up you are limited by the weakest link in the group. That may be fine depending on what you want to do or for an occasional outing, but it sure is nice to go at your pace, stop if and when you want, explore where you want and do it on a schedule that works for you.

Do exactly what rival51 suggests no matter what. Then putz around with any local paddling clubs and see if you bump into even one promising new paddling partner because one is all you need. You never know, paddling clubs might attract a few people that actually like to paddle.

Each paddling club is different. We moved from the east side of Michigan where there are a few significant and active paddling clubs (including some hippies with vintage boats) to the less-populated west side. I got involved with the now-extinct Berrien Paddlers. Turns out it’s old folks…but they all paddle kayaks and they paddle almost every day. So I’m trying to keep up with a woman named Penelope who is 75 and can’t remember what her late husband did and she’s complaining about a shoulder injury while I’m paddling a fast solo canoe cruising around 4.5 mph struggling to keep up with her even though I paddle 5x/week.

I paddle with a woman in her late 70s who paddles kayaks, skis, and paddle boards. No way I can keep up with her but she is fun to hang out with. And there is nothing wrong with her memory.

…
I prefer calm water like last Monday on the Lower Colorado. I went with a dozen people but always managed to relax and see the sights while everyone else wants to put miles under their hull.
Thus while they were racing to the next campground, I took my time, saw the sights, cane mazes, hidden lakes, archaeological sites and so on and came in last.
Then Monday, last day, 13 miles, relaxing on an occasional sand bar while my dog ran around barking a the ducks. Water like glass. Lunch at an old miner’s cabin. Just doing why I paddle, exercise, sights, nature.

I think the thing to admit to is that you don’t want to paddle with a group. You want the group to paddle with you. You are a “drifter” . That club likely has a few other members like that that there are always a few. If you were here I could name a few candidates. But truth is they are drifters and typical of the the group of retirees you mentioned that hardly does anything.

Although I’ve had a few very nice paddles with large club groups, in general I want to go at my own pace and do whatever I want. I hate group paddles with long lunch breaks. I also think one has more intimate animal encounters when paddling alone silently and peacefully.

But if you’re looking for a paddling partner that’s always happy to do exactly the same thing as you. 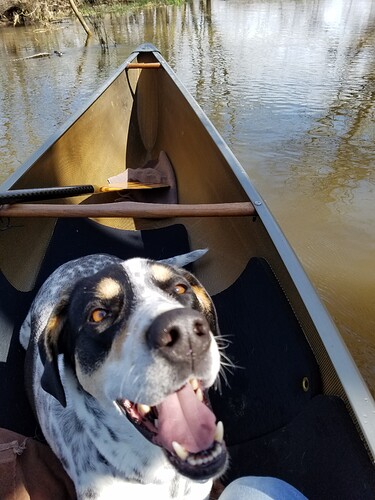 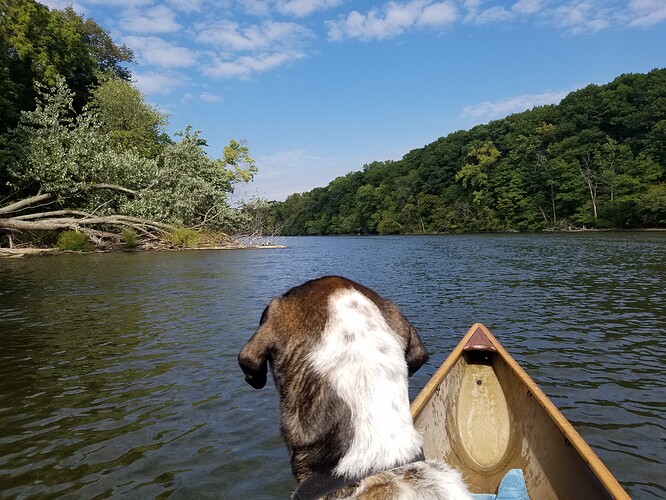 Wish I could help, Rik. I’m in a similar “boat”. I retired at age 56 and yeah, sometimes hear the “I can’t go until the weekend or my vacation” excuse from younger guys. “Work” IS a four-letter word after all.
If you were within a couple hundred miles from me I’d be willing to try a paddle with you, but I’m about 2,000 miles from AZ.
I’m fortunate to have 3 paddling buddies who like to go at my speed and skill level. Two of them are also retired and all three of them are kayak anglers like myself.
That being said, I still enjoy solo paddling sometimes and always make a 2-3 day trip near my birthday. My wife worries, but not very much. I rarely am out of cellphone range and she always knows my general location.
Check out some local angler groups. Post your situation on their websites.
Good luck to you…
-Rob