Did you perchance get it off Facebook Marketplace in the northeast??? Beautiful boat, and I love the color.

@PaddleDog52 that’s not what I have heard. Do you have experience with these kayaks or know someone that has had issues with the rudder? Any info is helpful.

@JohnFH paddledog was replying to my post. Gorgeous boat - my first real sea kayak was an Ana’s Acuta.

It doesn’t have a rudder, can’t have a problem with something that isn’t there

That’s funny, I saw that boat and thought it looked amazing. Glad a p-netter got it. 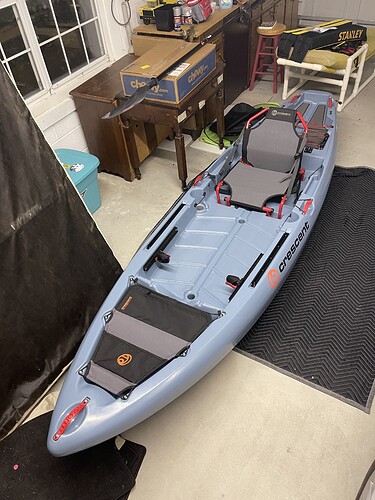 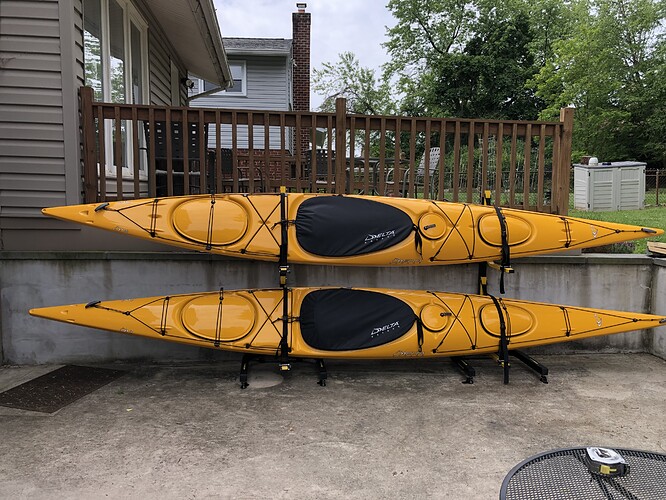 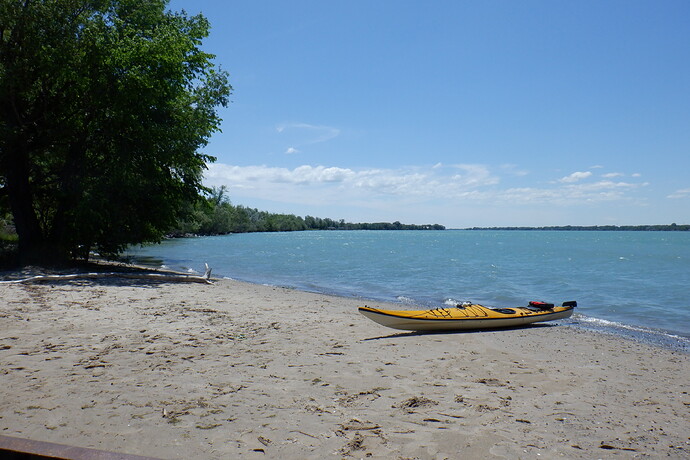 I’m without camera for a while, so these are “from the vault”. Mostly taken for the setting, but the boats are pictured.
Bell Mystic 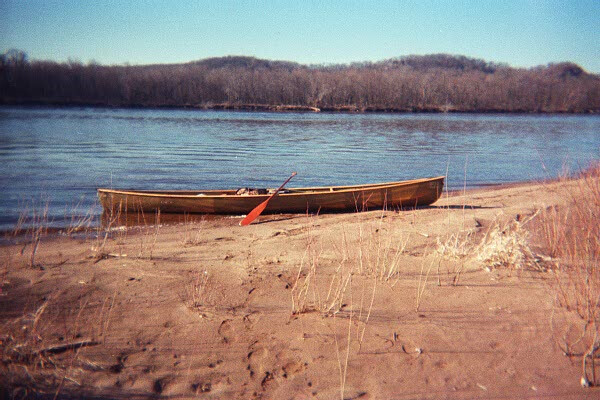 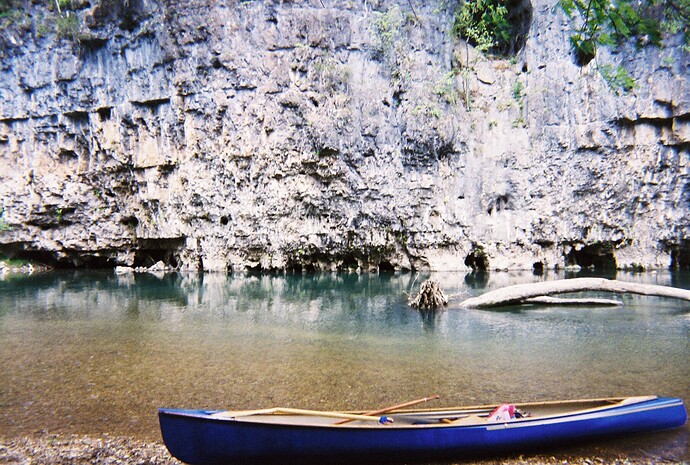 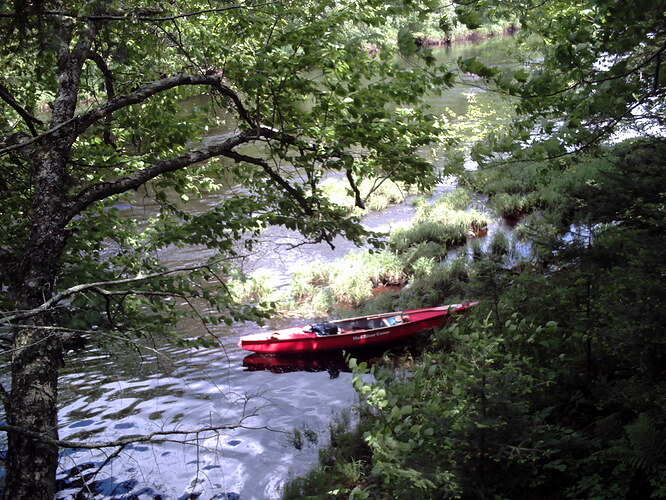 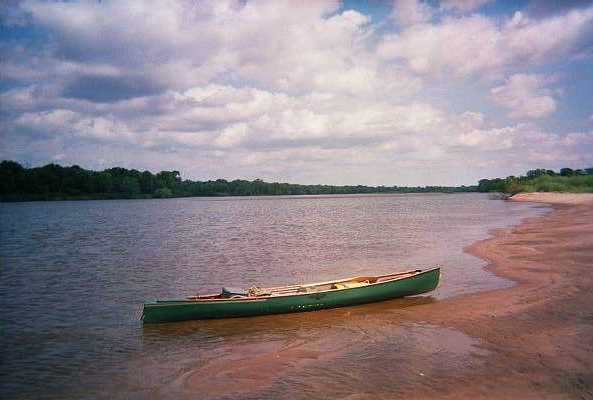 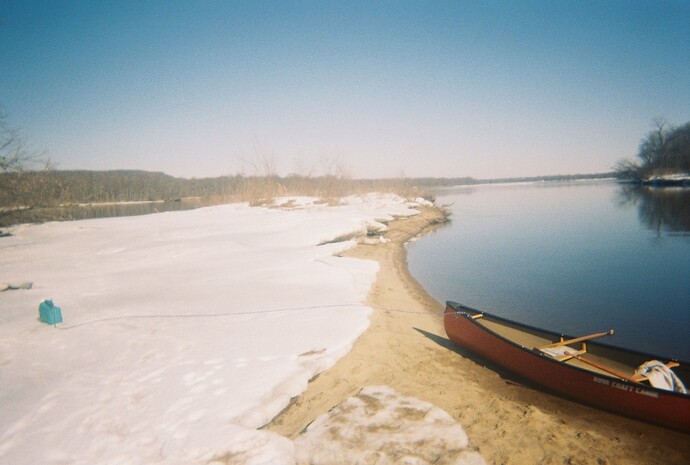 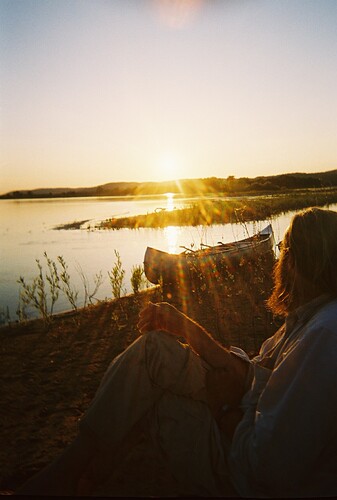 Look what went and happened. Continuing on the Greenland journey. Thanks to everyone on here who inspired me with their boats and discussions, especially @willowleaf. I can’t wait for the Hudson River Greenland Festival to return!

Tip for what I use for seating in mine. It has a Snapdragon liw backband and adjustable foot pegs but nothing for a seat. I cut pieces of 1/2” closed cell (an Ensolite sleeping pad) that fit snugly between the frame parts under my butt to level out the surface and then fold a 24” x 36” piece of the same Ensolite in half and lay it in the cockpit so it wraps up along the sides and back and then I sit cradled in that. I can adjust elevating my thighs slightly by folding over the mat more under them. You need to sit low in these boats. I made the mistake of addng a 1” thick foam stadium seat pad in the cockpit on top of the Ensolite once and just that little elevation in my center of gravity made me suddenly capsize just by turning my head around quickly when I heard one of my companions shout something. We were in some rough chop on Lake Erie but I had never had that happen in even more challenging conditions. After I recovered from the spill and removed the pad I had no more trouble.

Thank you! This is what the “seat” looks like now, just a really thin bit of foam. I found it comfortable, but then again I was so enthralled by the one-with-the-water feel of the boat that I probably wouldn’t have noticed anything else. 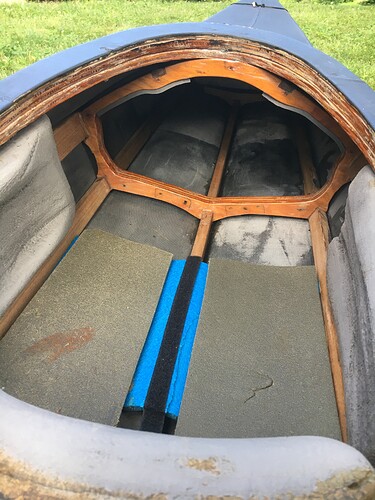 Looks like the prior owner of yours did something similar to what I do with stuffing the chunk of foam in, wrapping it up to the gunwales to pad your knees if you sit frogged and when you are lifting a knee to turn or edge.

I like carrying that piece of Ensolite anyway (carry one rolled up in one of my hatches or behind the seat in my hardshells and folders too) since it makes a great sitting or kneeling mat on shore breaks. I’ve tried some yoga mat foam but it never seems to be a waterproof, flexible or tough as Ensolite, I am not sure where to get the stuff any more – used to be able to get it at Army-Navy stores. Have not seen it in backpacking outfitters in a while. It was originally developed to use as padding under Astroturf before it started being sold in the 1970’s as a backpacking sleeping pad.

The last I got was at Walmart. I too use it as a beach pad, etc. I consider it and pool noodles building materials.

There’s a fairly thick foam back rest and also fairly thick foam pads at the thighs. Those may actually be a bit snug for me but I’m going to log more time in the boat before shaving them back in case I decide I like that tight fit. The previous owner used a piece of custom-cut foam between the masik and the tops of the thighs, but I’m a bit larger and have only an inch or two of space above my thighs. I think I need to get used to the boat, and learn more about paddling it correctly before I make alterations.

Pungo 120, hoping to get it to water again soon. 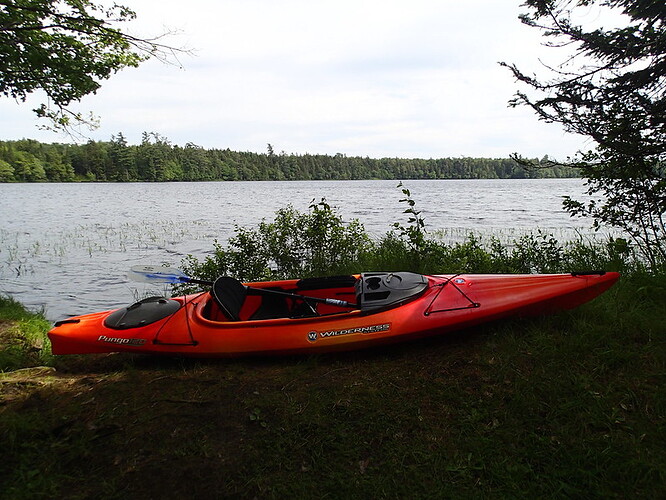 The OT Discovery 119
I am enjoying it very much! 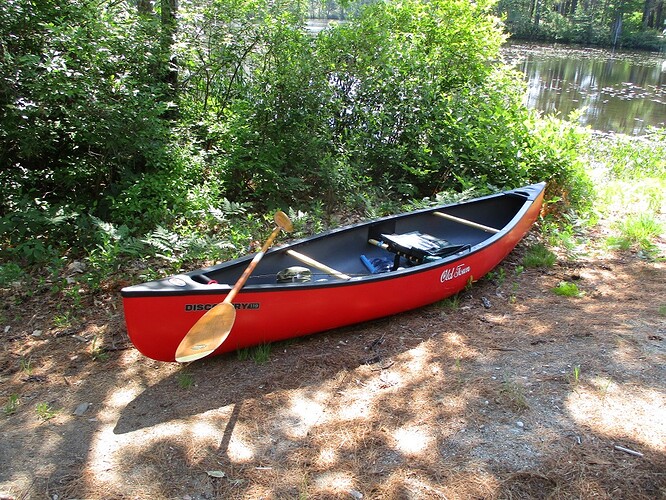