Suggestions for someone trying to get into touring kayaks

I’m looking to upgrade to a touring kayak. I’m currently using a 12’ pelican vanquish and I think the problem I have most is it’s too wide and just not built for speed; I’m considering looking for a proper touring kayak from $ 800-1500 ( might need to look for user ) with my largest consideration being speed and width. 28" is FAR TOO WIDE and I find I’m having to lean over just to paddle and it seems I’m expending far more effort than I should be. I’ve been paddling since childhood and am looking to progress beyond recreational kayaks . FYI I’m 28?
, around 5’8" 185 lbs.

Any suggestions would be great as I honestly have no idea where to begin !

There are a lot of older performance kayaks out there…
Keep an eye out for something like this.

2004 Epic 18 Endurance -Carbon - 18 feet long by 21" wide Has the "Smart Track" rudder system Good condition except some ugly tan colored epoxy in some places on the hull where a previous owner... 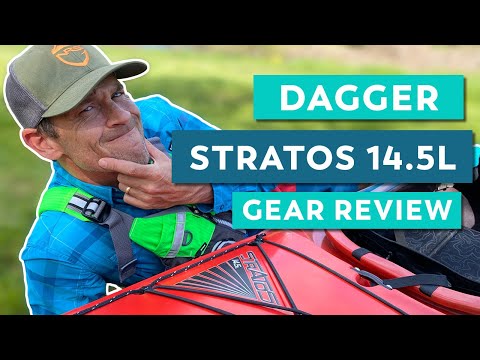 Or something used in your area.

Depends on what you want to do with your kayak & conditions you will be paddling in?

The Stratos highlighted is a solid kayak (love mine), or are you looking for a longer sea kayak for open water exploration & touring (my preference), or for pure speed which you emphasize but reduced maneuverability there are racing kayaks/surf skis.

Rent some boats or go to demos or get sellers to let you try out their boats and see what you like. Longer boats tend to be fast but don’t maneuver well. Shorter boats (14 feet) maneuver well but are a bit slower… better in wind and waves in my humble opinion. I prefer a skeg. Some folks like rudders. You’ll want a boat with a skeg or a rudder when the wind picks up. Try not to buy too much or too little boat. A high volume boat will be harder to maneuver and make you feel like a bobber. Be prepared to move a seat back if you find it difficult to get in and out of a good boat. Good luck in your quest.

Look for something like a Current Designs Solstice GTS or GT. Faster a CD Extreme. See what’s around and how far you want to travel. How will you transport it if you buy one?

Mostly flat waters and rivers. With the occasional lake experience. I wanted to try whitewater in the future but I imagine id need a different boat altogether for that. I tend to avoid lakes because the horizon and open water makes me feel as though I’m not moving…whereas rivers have twists turns and shores to compare my pace to so I can actually feel like I’m moving. I guess that’s the main reason dor wanting touring boat because I care too much about speed to ever be satisfied with a rec kayak.

The current boat I have now ( pelican vanquish 120x) feels far too large ( width wise …28") and feels as though it takes unecessary effort to paddle.

Is this a problem with all rec kayaks ? Or am I just being dramatic as I’ve never had a REAL kayak before?

Is this a problem with all rec kayaks ? Or am I just being dramatic as I’ve never had a REAL kayak before?

The basic rule of thumb is … (With many little variables)

The longer the waterline, the higher the speed a kayak is capable of.
The lower the wetted surface area ((narrower the width) the easier it will be to paddle.

Every boat is a compromise you just have to find the right one for you.

Depending on where you’re located, you can often find great deals in used boats, good enough so that you can essentially “rent” whatever kayak you buy for a while, see how you like it, and then re-sell, often for the same price, if it turns out you want something different. But taking lessons will also help to get a feel for what you need, and is super-fun.

Where are you located?
What type/size of rivers?
Is the weight of the boat a major concern for lifting?
Is $1,500 your budget for boat, gear, rack system?

Long sea kayaks tend to have a foot or more of their length above the waterline, adding weight but not speed on flat water. Look for something 14’ or more, the less rocker the better, 24" width, light weight, and you have to be comfortable in it.

Used boats are getting harder to find and are more expensive than a few years ago, yet I have still had good luck. I’ll give you my personal preference which you can enthusiastically disregard. I would want a composite kayak with a skeg, no wider than 22", and no longer than 17.5’ long. I would look at reviews, but only at reviews by experienced kayakers (somewhat easy to discern). These are the sorts of boats I started with in 2007 as a new kayaker and still use as a newly minted octogenarian. If I were determined to venture into white water, I would switch from composite to rotomolded polyethylene.

IMHO, just starting out, I would look for a 14-15’ used poly boat like a Carolina or Dagger. It will do everything you want to and for the price you will have to give, give you time to figure out what you want to do in one.

I would advise taking an Intro to Sea Kayaking class at a local outfitter (specialty kayak shop, rental place, or at the few REIs or the like that have kayak sections) before buying a sea kayak. There is a lot you will learn in the class that will help you in a baot search, along with the safety and paddling aspects you will also learn.

Before you can rent a sea kayak, if you go that route to try different boats, the chances are they will want you to have taken the intro class. So this will also open up the option to use rentals as a way to demo different boats.

Hi TreyEden.
Yes, there will be a big difference between your current 12’ rec kayak and a transitional touring kayak around 14’. And there will be a big difference between a transitional touring kayak and a 16’ touring kayak. And there will be a big difference between a 16’ kayak and the 18’ fast touring kayak listed above.
“I’m 28?, around 5’8” 185 lbs." and it seems like you desire a kayak with nice efficient glide. The Epic 18 Endurance will give you that to the point where you will enjoy gliding across a wide lake. What you have is closer to paddling an innertube across a lake than it is a fast sea kayak. It might be a great choice for you. It might not. That Stratos 14.5 will feel like a slug if you become a skilled paddler in the Epic. But it will feel fast compared to what you have. It will maneuver exceptionally easily compared to the Epic, be more stable, and have significantly less efficient glide. Consider Bill and Bob. Bill is going to paddle a quick 2 miles across the lake, and not be bothered a bit that he’s taking a wide gradual turn to go back, or that he has to really commit and use some effort to make a quick turn. He will enjoy learning to maneuver his fast kayak around the bends in the river, and becoming good at it. Bob is going to completely forget how nice that glide was going across the lake when he realizes it takes more skill and effort than he would prefer to get it to turn. His frustration comes on quickly and overwhelmingly enough that it won’t matter how much quicker he was or less energy he used during the straightaway sections. He doesn’t want to trade off very much ease in maneuverability in exchange for more efficient glide.
Then there’s the care piece. Most are pretty careful about handling something like the Epic off the water, and careful about what they run into or over the top of on the water. A poly boat like the Stratos typically evokes less concern.
You should try something like the Stratos. But you’re young, and like speed. With a little skill, you can maneuver a Current Designs Sirocco nearly as quickly, and have much better glide than the Stratos. So you should try that too. And you should try something like the Epic 18. Then there are surf ski sit on top designs that span the range of stability and efficiency. And there are boats that fit in everywhere in between. But if you could try 3 boats like that, and one of them really spoke to you, you would have a much better idea of a range of different boats that you’re interested in. I know the Dagger Stratos and Current Designs Sirocco are very good choices within their respective categories. And I think the Epic 18’s are well-respected in that category as well.

Napanee Ontario Canada. I currently have racks . Mostly for semi small flatwater rivers and the occasional lake. I want to get into whitewater eventually but probably need a different boat for that.

I can maintain around 3.8 mph currently in upstream paddling ; I feel like I should at least be able to go faster than someone walking…im not terribly out of shape and relatively strong.

You get what you put into it.

Ah. I think its mostly limitations of my boat . I suspect the width is is biggest problem.; to be fair I do enjoy the leisure aspect of it as well. But there are times when I do try to make it a bit of a " workout "and alot of what I do is set distance goals for myself.