The Dangers of Pit Toilets

As reported in Backpacker magazine.
Subtitle: A new nightmare

A woman dropped her cellphone into a pit toilet. Many paddlers , if not most, are familiar of these relief devices. If you aren’t, they don’t flush so it was probably a soft landing.
In the process of trying to retrieve her phone, she fell in head first and had to be rescued. See the article for details.
Maybe Mike Rowe can feature it on Dirty Jobs.
No object is worth that and noone else wants it.

I hope a lesson was learned…

At least she managed to get her phone back.

I guess it has come to the point where a large percentage of the population never grew up with family living in the country with an outhouse. Is a course on outhouses/pit toilets needed?

Only if the course includes Daddy Longlegs on the ceiling , a snake or two and a few red wasps. I speak from experience. Did I mention the tree frogs?
My grandparents lived in Central Florida when I was a child and an outhouse was the only option.

Composting toilets are found on the Massachusetts interstates… Surely everyone has used a porta potty… However the cone in an outhouse is a singular structure.

I once dropped my cell phone in a pit toilet and there was no way I was climbing down there for a crummy $300 phone. So I tossed my Rolex in to make the trip worthwhile.

The deposit is not evenly distributed . It tends to accumulate directly beneath the hole and spread pyramidal style
Being a one time Appalachian trail maintainer one of our duties was to measure and even the cone when needed. When the cone had become more of a ridgeline, it was time to fill and move the house to a new location.
Should you find a six foot sturdy stick around the vicinity, best to leave it there untouched.

Makes sense. The residential ones my grandparents had never got that full.
In Korea there was a man with a tank on a wagon pulled by a horse. His job was to empty the facilities.
I saw him one day carrying 2 buckets full to his tank. His arms were covered to his elbows and his legs to his knees.
A quote in our high school said " Any work that is honest is honorable."
He was probably a valued member of society.

The technical term for the slope of any pile is “The angle of repose”.

My first home was a 1870s farmhouse that came with an outhouse and even though the zoning forbid outhouses I was allowed to maintain it as it was grandfathered in. It was a dandy two-seater.

I should have known that having taken geology…

Now you see, String? There you go again talking spiders and snakes. You know what that does to me but, this time it’s in the Kaibo and you are adding in wasps. Good thing that I don’t have a cell signal where I go when pooping in the wilderness, I suppose. I just have to watch out for mice and No-Seeums and the toilet seat is padded. 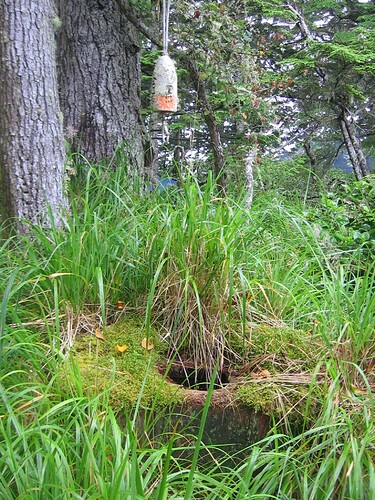 A lovely Thunderbox if, perhaps, not much used. I do wonder about the hanging object. Is that to ring for the attendant?

Betcha SHE didn’t take a selfie! 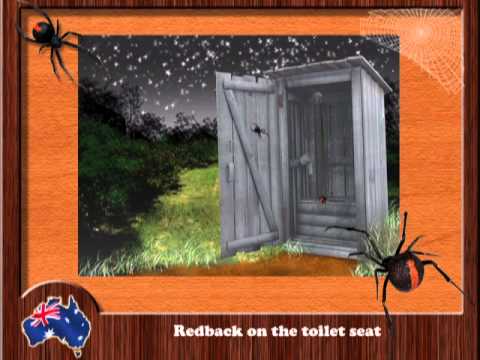 I have seen a brown recluse on a toilet seat in Texas, didn’t use it.
My Dad was a game warden and his coworkers had some stories about varmints in outhouses. Some might have been true. Cottonmouths were the snakes to be careful of.
Dad was raised in the woods and swamps of Central Florida. Then spent some time in New Guinea and the Philippines.
Critters were the least of the problems there.
He just considered critters part of the scenery.
I was walking a creek with him when a cottonmouth decided to get it’s back up. Dad kicked it in the creek. I guess I was impressed and decided that wasn’t a good idea. I had the same thing happen later but was armed with more than a boot.
Castoff has a grand daughter who likes to hold snakes. And that’s worth another dozen stories.
Come on down and spend some time with us in the swamps where deer flies and mosquitoes can really make you wish you were elsewhere.

Darn, I forgot chiggers aka redbugs. Regardless of need , never use Spanish moss for TP or certain green leaves.

Come on down and spend some time with us in the swamps where deer flies and mosquitoes can really make you wish you were elsewhere.

Pass. Thanks anyway. Too scary for my skinny xss .

Were you a PATC volunteer?

no. We worked in the 100 mile wilderness in Maine just shy of Katahdin.